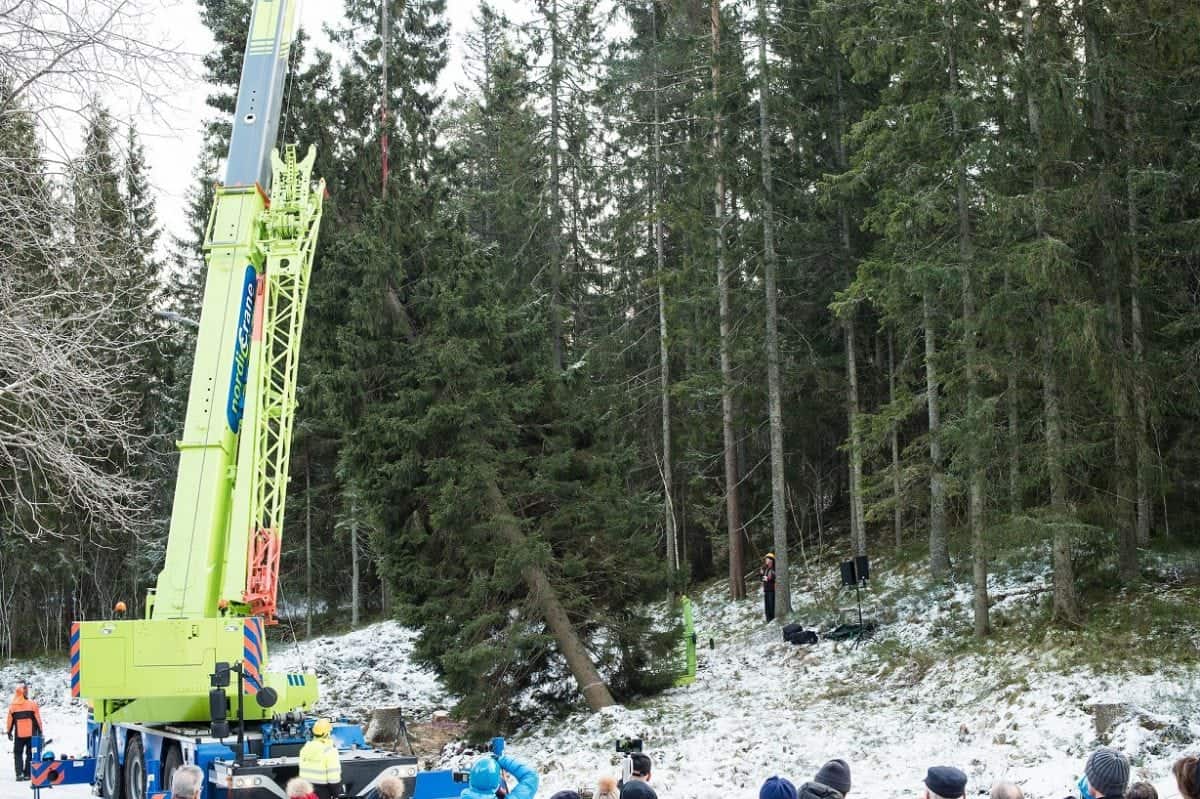 The historic Trafalgar Square Christmas tree was today chopped down in Norway by the Lord Mayor of Westminster – 70 years after the first one was donated to Britain.

Cllr Ian Adams the Lord Mayor of Westminster and the Mayor of Oslo Marianne Borgen took part in the tree-felling ceremony in Oslo.

The Norwegian spruce is 21 metres tall and 70 years old. It will be transported to Trafalgar Square where it will be lit up during a ceremony on December 7.

This is a significant anniversary for the tree which is a gift from Norway to the people of Britain in honour of their help and support during the Second World War. The first one was donated in 1947.

During the war, King Haakon VII escaped to England as the Germans invaded Norway in 1940. 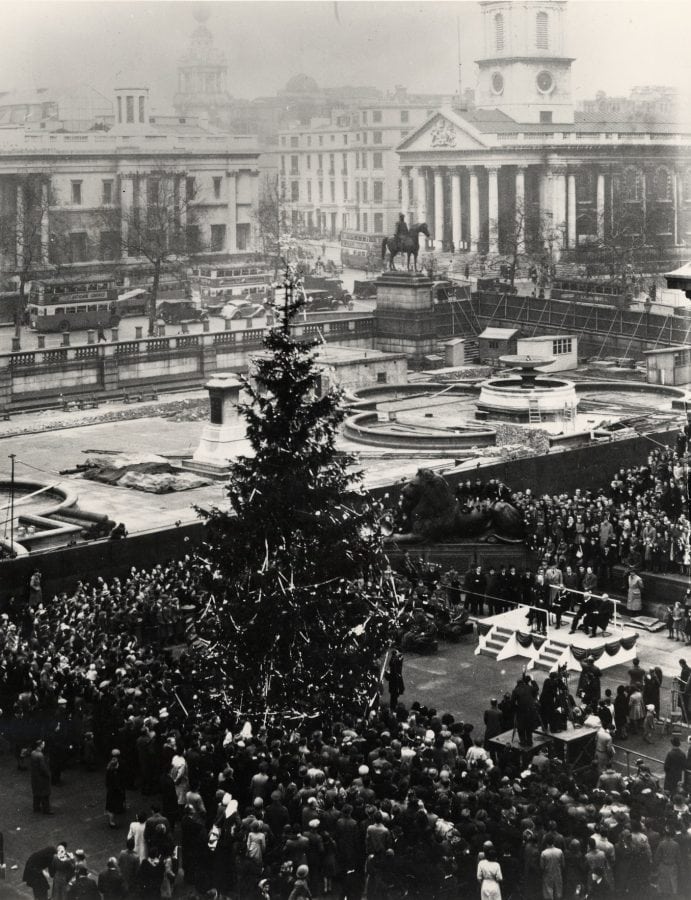 The government headquarters was set up in London where war news was broadcast in Norwegian, along with messages and information which was vital to the resistance movement in Norway.

The Norwegian Christmas tree is a symbol of gratitude for help and friendship during that difficult period of history.
Not just any tree can be honoured with the Trafalgar Square role and there are a number of conditions the spruce must meet. The Christmas tree requires good soil.

It must have evenly set branches, be cone shaped, and narrow enough for transportation. 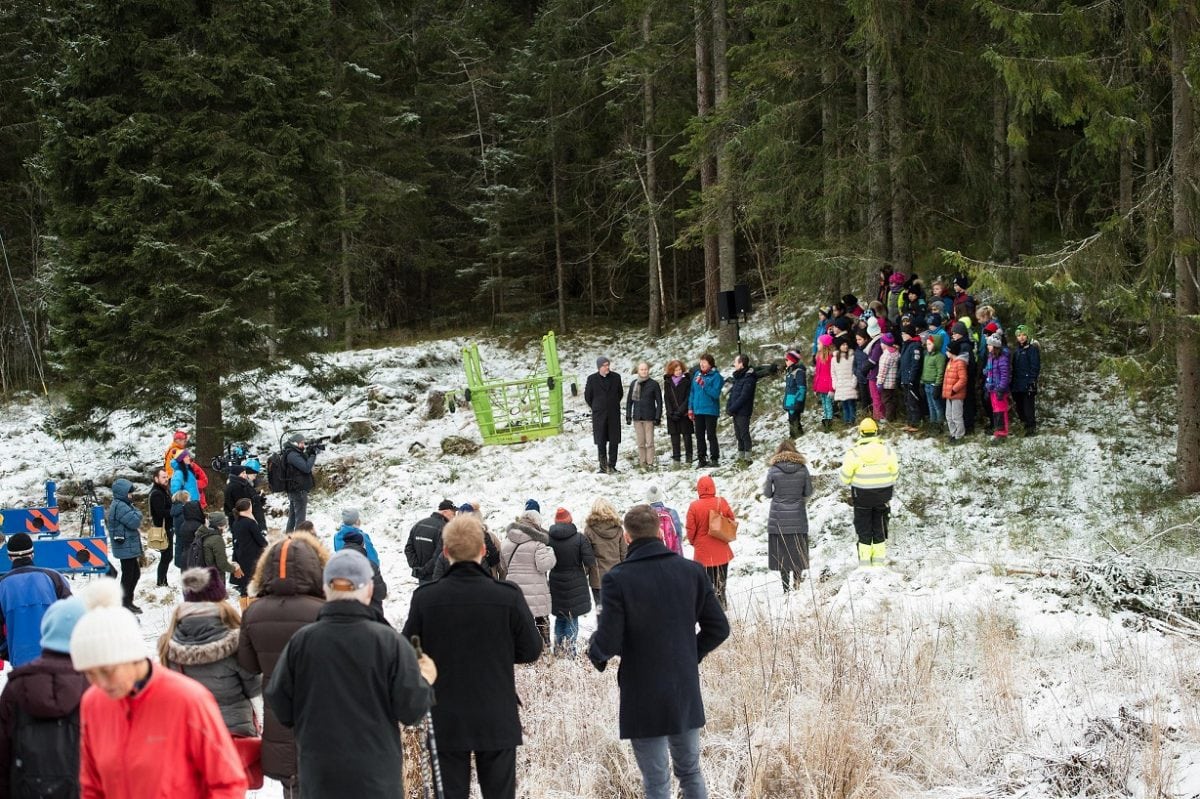 The Agency for Urban Environment at the City of Oslo (Bymiljøetaten) is responsible for providing the Christmas tree to London.

They keep a list of potential Christmas trees and the candidates receive extra care.

Trees surrounding the selected candidates are removed to provide for proper light conditions and the best conditions possible for the roots. The trees are fertilized on a regular basis to ensure a strong green colour. 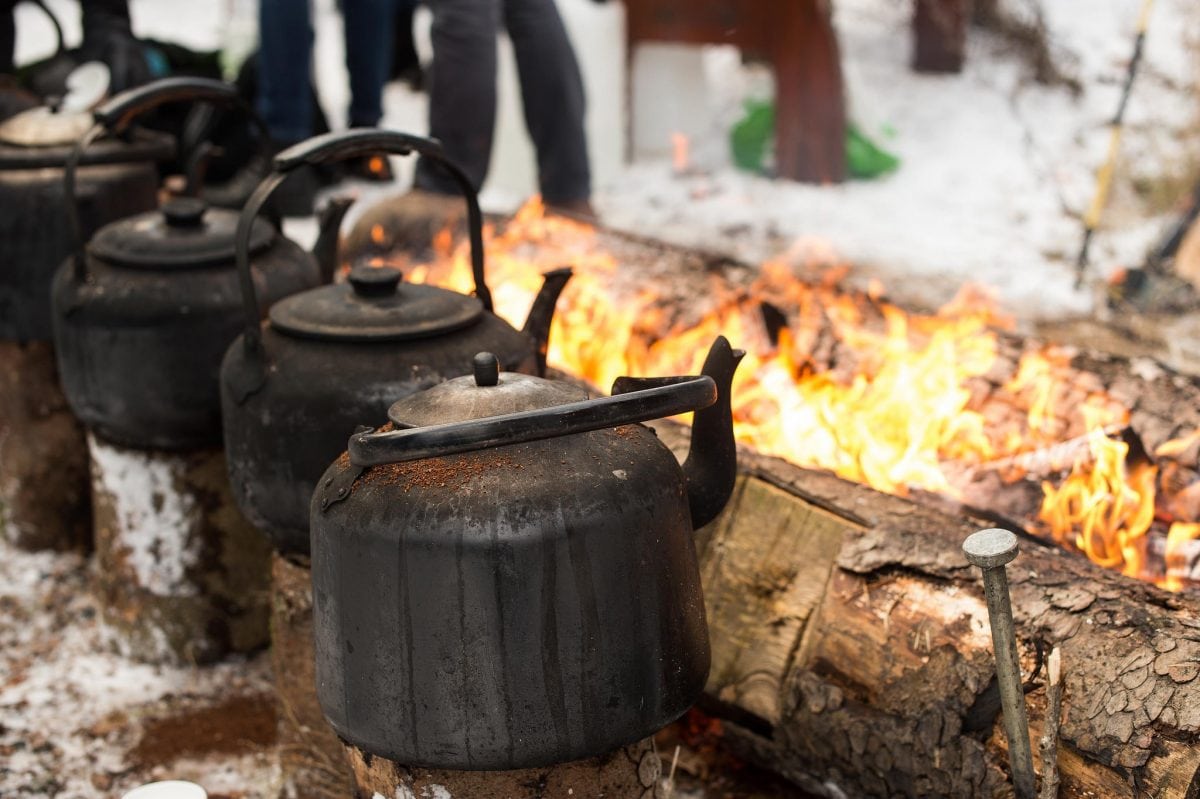 Even then, only 1 in 20 trees will “make the cut” and found suitable to be the next Christmas tree in London.
The tree must also be located near a road, in order for trucks to be able to access and retrieve it.

A crane loads the Christmas tree onto a trailer with a specially designed crib, constructed to ensure the stability of the tree during transportation to the harbour of Brevik.

The tree is always cut to 21 metres in order to fit the crib. DFDS transports the tree across the North Sea. To protect it from seawater the tree is stored below deck.

The ship docks at Immingham before the journey continues to London and Trafalgar Square.