This is due to a lack of fresh air, germs covering handrails and seats, and being in close proximity to strangers. 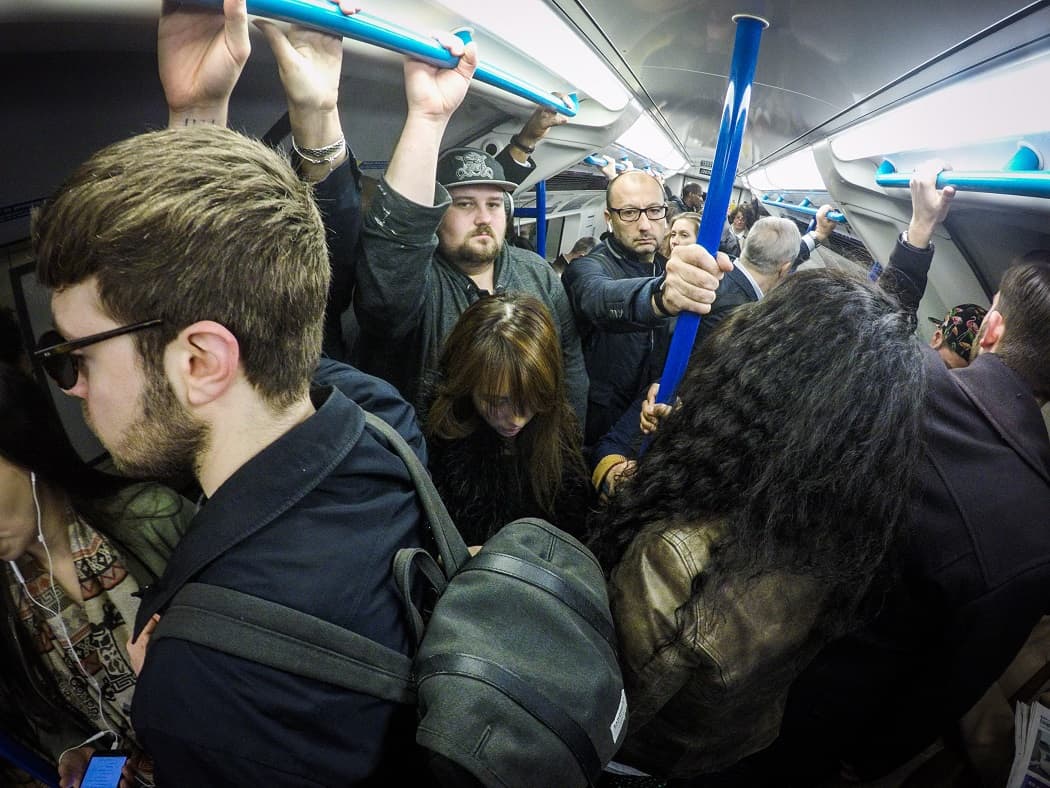 Two thirds of commuters believe public transport is a major cause of winter illness.

This is due to a lack of fresh air, germs covering handrails and seats, and being in close proximity to strangers, according to over half of respondents.

The study of 2,000 Brits who commute on public transport revealed four in five experienced a winter illness last year, and more than a third said it is ‘very likely’ this was due to their form of travel.

Three in 10 think travelling on the tube is likely to make them catch a bug, while more than half said buses increase their chance of becoming ill.

The research, commissioned by menthol sweet maker Jakemans, revealed 66 per cent of commuters blame public transport for winter illnesses and 41 per cent have been coughed on during their commute.

The findings expose the fears commuters carry with them while travelling to and from work, with three in five worried about catching a cough or sore throat this winter.

And more than half – 54 per cent believe they are more likely to catch a sore throat or cough on their travels than they would be if they worked with children.

Jakemans brand manager, Elizabeth Hughes-Gapper, said: “The results show how our daily commute affects our likelihood of catching a winter illness and the general worries around this risk.

“The crowds of people and the seasonal germs understandably make many of us anxious about becoming ill.

“There are ways to minimise cold contamination in busy spaces, but for many commuters getting ill is simply unavoidable.

“Being in a crowded environment is simply the worst when you’re feeling under the weather, so those suffering with a sore throat or cough on their commute will be looking for something to soothe, ease symptoms and keeps airways clear.”

The study also found 72 per cent of commuters admit they don’t avoid public transport when they have a winter illness, and three in five haven’t taken a day off work.

While 40 per cent have taken a sick day because they didn’t want to have to commute, three in 10 have found another way in besides communal travel.

But if they do continue with their daily travel while unwell, over a third feel ‘self-conscious’ and a quarter ‘guilty’.

And of those who travel in the big smoke, the Central line is the route they are most worried about getting a bug from, followed by Piccadilly and Northern.

The study found 40 per cent of Londoners believe commuting on the tube is likely to make them catch a winter illness.

If fellow commuters spread their winter germs during a journey, over a quarter feel ‘disgusted’ and one in five are left ‘worried’ and ‘anxious’.

The most annoying sound was revealed as someone not covering their mouth when they cough.

When sat next to someone on transport who is ill, two in five have washed their hands with sanitizer to avoid the germs and 37 per cent have moved seats or turned away from the person.

Of those surveyed via OnePoll, one in five haven’t always used public transport for getting around and 52 per cent of them agreed they have noticed an increase in illnesses since doing so.

Almost half – 45 per cent – wished they didn’t have to get public transport and a third said doing so leaves them feeling dirty and affects their mood for the rest of the day.

Hygiene expert, Lisa Ackerley said: “Getting a winter illness is not a foregone conclusion, even if you are travelling on public transport, or work in crowded environments.

“By practising some simple hygiene measures to break the journey of the germ, you can improve your chances of staying cold or flu free.

“People may not appreciate the link that our own hands bring those germs into our bodies, causing illness. Simple hand washing at the right time will help reduce the risk of infection.”