by Nathan Sandhu
in Arts 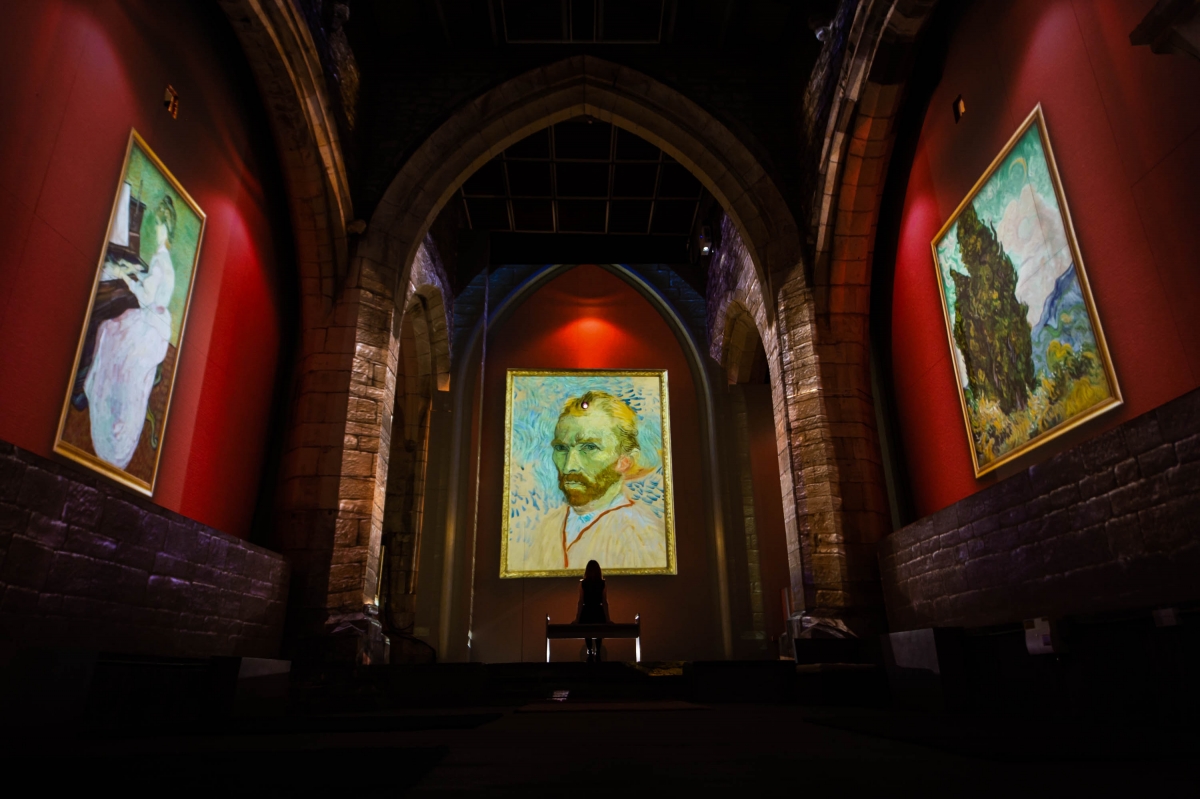 Vincent Van Gogh’s paintings are being brought back to life through an immersive 360-degree projection display – the first of its kind in the UK.

More than 200 of the Dutchman’s pieces will be projected on to walls, floors and ceilings, enabling people to “step inside” the artworks.

The spectacular visuals show the world as seen through the eyes of Van Gogh, according to the brains behind the innovative project, Mario Iacampo.

Among the artworks featured are The Starry Night, Irises and Cafe Terrace at Night.

A contemporary soundtrack is played through speakers throughout the 35-minute event, which is called Van Gogh: The Immersive Experience.

It opened at York St Mary’s church in York, North Yorks, on Friday (5/7) and will remain there for six months.

Prior to arriving in the UK the event had successful showings in Naples, Italy, and Brussels, Belgium.

York, the UK’s first UNESCO City of Media Arts, was selected due to it being “a destination which embraces both its heritage and digital prowess”, Mr Iacampo said.

He added: “Art can be inaccessible.

“This immersive experience changes that completely, with some of the most famous pieces of art in the world not only shown on a larger than life scale but actually bringing the images to life with movement that isn’t confined to the edges of a picture frame.

“Whether you are five years old or 85, this gives you a remarkable, colourful and engaging insight into Van Gogh’s life and artistic perspective using cutting-edge technology and world-class digital animation.

“Whether you are a lover of classical art or an aficionado of contemporary presentation, this experience will leave no visitor unmoved by the story – sometimes joyous, sometimes tragic – of this remarkable Dutch artist.”