It’s ironic that The Unmarried, where “gig meets theatre” by Lauren Gauge, part of Camden People’s Theatre’s All the Right Notes, starts off with a rendition of The Rhythm of Life by Beatbox Academy artists Kate and Nate because it is precisely that that Gauge’s character Luna is running from. Luna’s a lager lout out […] 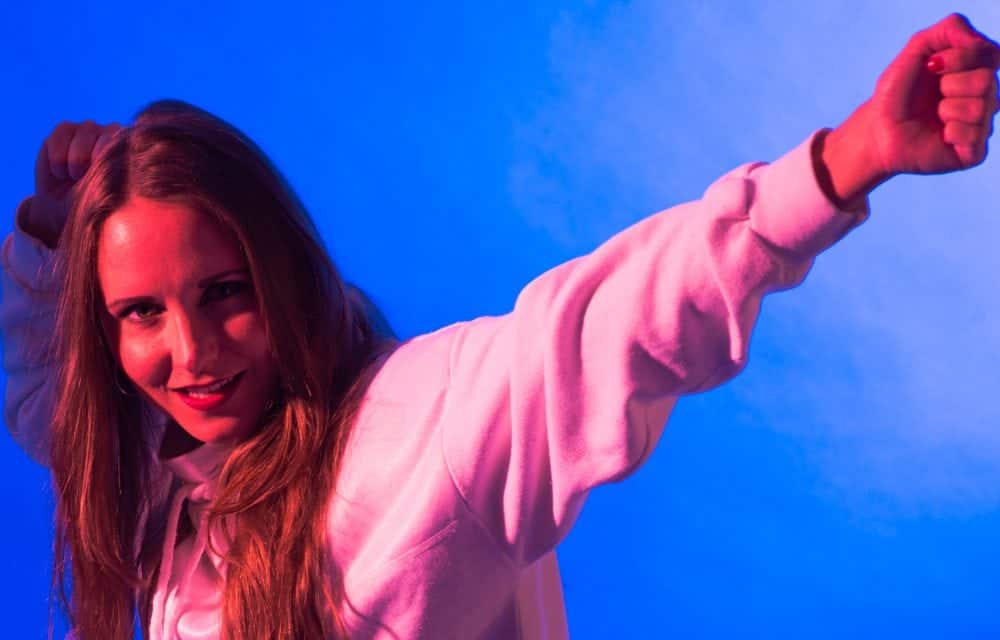 It’s ironic that The Unmarried, where “gig meets theatre” by Lauren Gauge, part of Camden People’s Theatre’s All the Right Notes, starts off with a rendition of The Rhythm of Life by Beatbox Academy artists Kate and Nate because it is precisely that that Gauge’s character Luna is running from.

Luna’s a lager lout out for a good time. Gauge’s choice of theatrical genre echoes that of Jim Cartwright’s Raz, which some months ago played at Trafalgar Square Studios and whose northern town working class lads mirror Luna’s psychological state. “You really have to put yourself on the edge to have a good time” Cartwright roared at me in an interview then. So here too except that Luna’s edge is different from that of Cartwright’s characters, here Gauge is talking about the edge of patriarchy, a sun dripped hill that Luna has struggled up flinging her rap lines “rolling hills and popping pills” left right and centre in the hope that one of them will catch somewhere and stop her free-wheeling off the edge into a personal crisis. But a crisis does come as she racks up boyfriend after boyfriend and conquest after conquest until she emerges, bleary-eyed yet awakened into the realisation that life and relationships and the polarities that society has to offer (boyfriends and then marriage and kids) does not have to be like this.

The piece came up through workshops at Lyric Hammersmith and Gauge’s lines are sometimes brilliant. “What is love without lust, all bread and no crust” nicely embodies the realms of domesticity that love eventually and inevitably (for most) ends up in, the very public entreaties played out in its name on the dance floor now played out behind closed doors “Prince charming’s gone by dawn, curtains still undrawn.” The choice of making the piece part, we suspect, confessional and part character driven monologue that is really rap gives a slightly heightened feel to the language, which is part street and part anti naturalistic. As a result Luna’s experience feels magical.

Complicit with Luna’s experiences are the musicians. Acting like her internal self they hand her drinks when she is thirsty, prop her up when she is tired, and are eventually discarded when it seems like Luna is done with the music. Director Niall Phillips makes imaginative use of them although they could be used much more.

The piece is billed as a raw, feminist comedy. Despite some occasional dips in rhythm, moments where the prose works less well than the rap and where we will the musicians to just let rip, the piece rocks along. It feels like an answer to Raz, where its weekend millionaire northern workers are stuck in a place they can’t out of. For them, and for Raz in particular, the telling of his story is the redemption, the prize for his pain, in other words, he can’t go beyond the audience. For Luna, being able to tell her story is a means to end, she can get out because, one supposes, Feminism has given her a helping hand. For the men in Raz, coming from the same 90s club and booze culture, there’s no such luck.