An anti-selfie exhibition is set to run in London next week with the aim of bringing portraiture into the 21st century. The pop-up show highlights the emptiness of our social media personas through revealing portraits which show their subjects’ flaws – and what it is to be human. Dellasposa, a new London-based gallery, will host Face | […]

An anti-selfie exhibition is set to run in London next week with the aim of bringing portraiture into the 21st century.

The pop-up show highlights the emptiness of our social media personas through revealing portraits which show their subjects’ flaws – and what it is to be human.

Dellasposa, a new London-based gallery, will host Face | Time which looks to bring to light the relevance of portraiture today through contemporary paintings which offer sincere portrayals of people – unlike our manufactured identities on social media.

Portraiture resonates now more than ever because our understanding of identity is changing. We use social media to curate the best possible version of ourselves – even if it’s artificial. Kim Kardashian can happily take 1,500 selfies a day just to capture the one perfect shot, and the rest of us are following suit. Our ever-expanding digital personas don’t reflect reality. 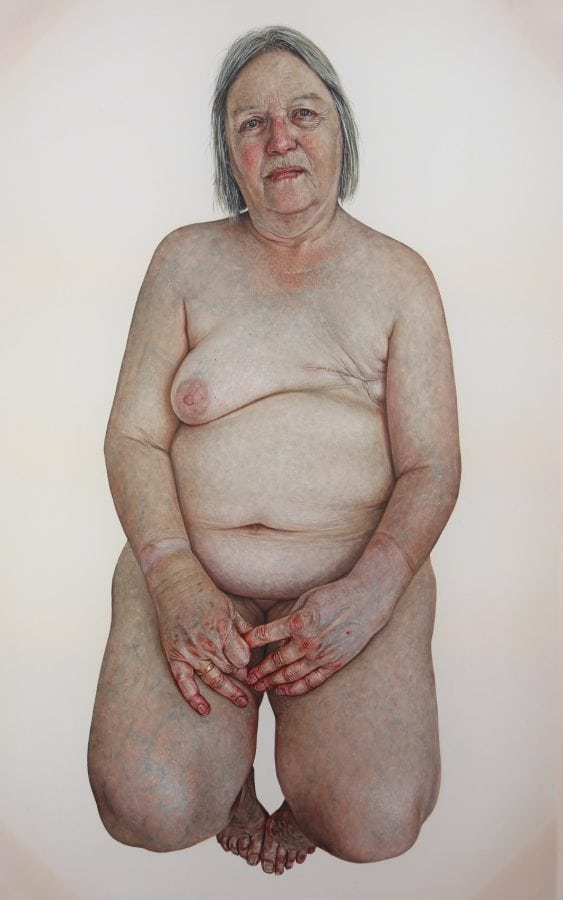 Portraiture is the opposite. The subject is painted as the artist sees them, rather than how they want to be perceived. It’s authentic and it requires a huge amount of skill which is why it’s enjoying a resurgence, led by shows like Face | Time. The exhibition brings together strikingly candid paintings by established and emerging artists Isabella Watling, Wanda Bernardino, Sabatino Cersosimo, Emma Hopkins and Simon Davis – who were all selected for their ambitious approaches to contemporary portraiture.

Emma Hopkins’s pieces are intense. She studied drawing the human anatomy at The Royal Drawing School which lends her work a unique medical quality – you can see the biology of the skin in her subjects. Her extraordinary nude painting of Ann Bates, the disabilities campaigner and breast cancer survivor who underwent a mastectomy but chose not to have reconstructive surgery, will be premiering at the exhibition.

Wanda Bernardino takes individuals from historic paintings and removes their faces, exploring identity through our ability to identify people even if we can’t see their faces – we might recognise someone from the way they walk, for instance. Meanwhile, Sabatino Cersosimo paints his subjects on a steel surface, using the rusting of the metal to show the effect of time on who we are.

This group of artists is shaping the medium today. Isabella Watling was named among the top ten portrait painters of 2016 by the Royal Society of Portrait Painters. She uses the techniques of the Old Masters (she makes her pigments by hand) and has twice been featured at the BP Portrait Award, coming second in the Visitors’ Choice category in 2014. Simon Davis, a comic strip illustrator when he’s not producing portraits, was also recognised by the Royal Society of Portrait Painters as one of the top ten artists of 2016 and won second prize at the BP Portrait Award in 2008.

As our understanding of identity is increasingly warped by the digital age, these painters underline the growing importance of portraiture today.