TLE asked our littlest gamers Woody, 9 and Rocky, 14  to give their verdicts on one of this year’s most wanted stocking-fillers: EA Sports FIFA 17. Woody: There’s no football game franchise I like more than FIFA. In fact, at the moment FIFA 17 is is one of my favourite games. Rocky: Well to be […] 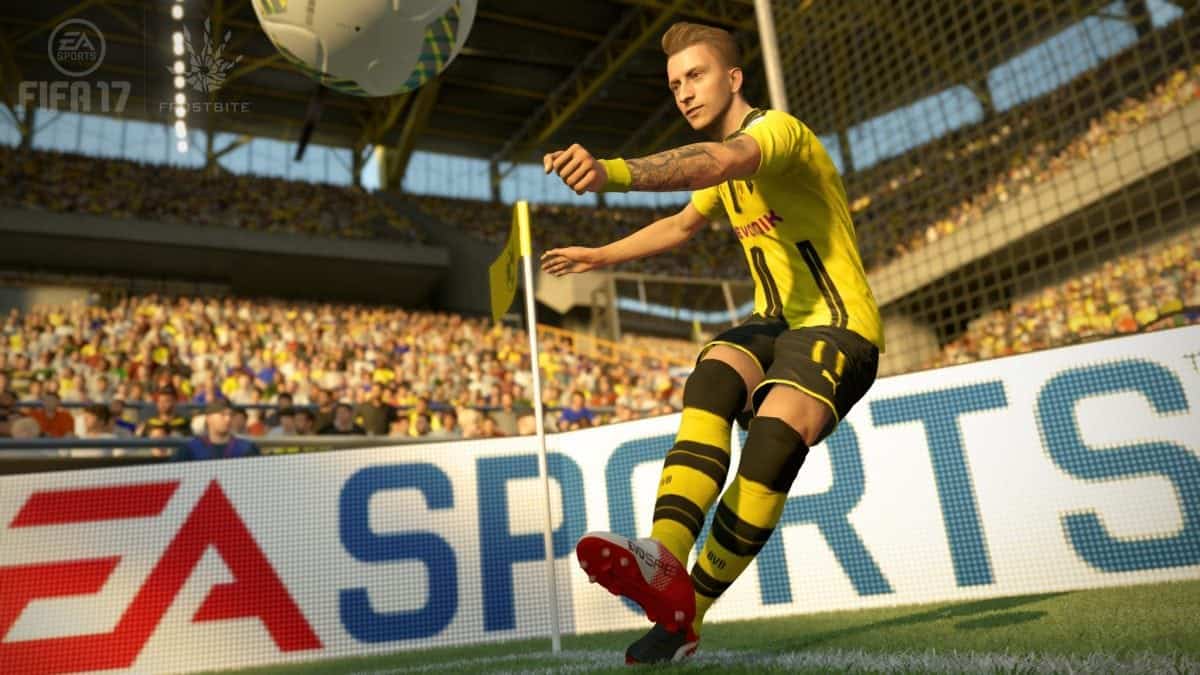 TLE asked our littlest gamers Woody, 9 and Rocky, 14  to give their verdicts on one of this year’s most wanted stocking-fillers: EA Sports FIFA 17. Woody: There’s no football game franchise I like more than FIFA. In fact, at the moment FIFA 17 is is one of my favourite games.

Rocky: Well to be honest we were never really that mad about football games, until that is we played FIFA 16 when it was first out. So we couldn’t wait to get our hands on FIFA 17. – It stands out from the rest of the franchise and the Journey will hopefully continue to develop in FIFA games. – The Journey element of the game puts you in the shoes of Alex Hunter, a teenager who gets signed for your chosen team (though without giving too much away it’s always a struggle to get to play for the team you want as you might imagine) and has to work his way up to becoming a Premiership legend. The Journey plays as an RPG as you choose what to say and can either be a cool, calculating player like Alexis Sanchez, gaining respect from your manager and team mates or be fiery and gain more fame acting all cocky like Neymar. Woody: In FIFA 17 it is supposed to be much easier to do skill moves. Also you can now adjust your position in penalties and free kicks more. However the defence system does continue to be tricky and has not improved enough for me. But the AI has been improved a fair amount especially with the new update this week and the game’s AI defending works amazingly.

Rocky: The AI is FIFA 17’s Active Intelligence System which controls how other players controlled by the game react and read the game just like real professional footballers would. The passing system works really well and is well crisp.

Woody: Now if you are crossing the ball or shooting, a yellow target appears and can be used to aim your shot which is pretty convenient. Rocky: The defending can be tricky, but the gameplay has lots of new developments, especially set pieces. But actually for easier and smoother game play PES 17(Pro Evolution Soccer 17) still has the edge.

Rocky: Well to be fair, if you want a variety of ways to play the game, online, practice competitions, manager and story mode with amazing graphics and sound you can’t beat this new FIFA.

Woody: the best new feature is probably the Journey – the new story mode. I can’t think of anything wrong with the new features. Rocky: The Journey has added an interesting story element to FIFA, which is really addictive, the target makes set pieces really playable and the AI is amazing. But using skills mid-play is still pretty hard work, so the game play on the pitch could be made soother.

Woody: It doesn’t bother me as much. I’m really not sure what they could do to improve on the game. Rocky: I also like how when the online match is loading it allows you to train. For me the pros are: great graphics, animations and the little touches they have added  with top flight football managers and proper goal celebrations.

Woody: For me, improved lighting, graphics and atmosphere. There’s much more to it with The Journey, and the players and the managers really look like the real thing!

Rocky: Yeah, even their goal celebrations like the dab! Rocky: Cons: FIFA 17 still struggling to catch up with the fast game play of PES. It’s hard to defend with such complicated controls.

Woody: No cons for me. Woody: FIFA 17 is NOT disappointing – it’s a fabulous game where you can do a huge variety of stuff. They’ve really got it right this time: 9/10

Rocky: This year EA have certainly released their most impressive game yet. FIFA 17 has lots of surprises. Is it a souped-up FIFA game? An adventure story game? There’s lots more on offer than previous years. Some bits work better than others: 8.5/10