For this month’s ‘Travel the world like…’ we caught up with New Zealand-born Instagram travel guru Alex Gillespie (@lucidkiwi). Having amassed over 54k followers on the social media platform over recent years, Alex has made a living travelling the world. He’s one of those enviable people who seems to be in a different country every […] 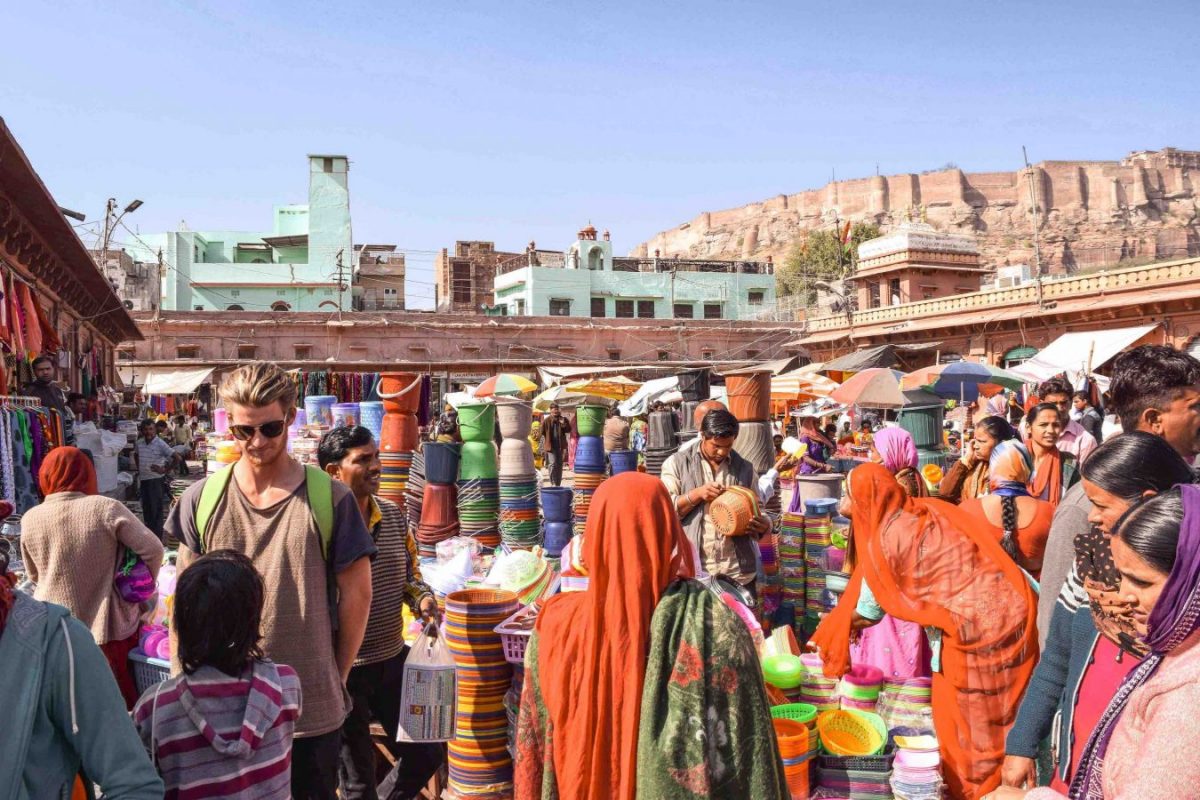 For this month’s ‘Travel the world like…’ we caught up with New Zealand-born Instagram travel guru Alex Gillespie (@lucidkiwi). Having amassed over 54k followers on the social media platform over recent years, Alex has made a living travelling the world.

He’s one of those enviable people who seems to be in a different country every other week. His feed is made up of bright portaits of the people he’s met in various places around the globe (he’s been to 25 countries). As well as sugar-white sand beaches in remote locations and heaps of pictures of him jumping off things, or about to jump off something.

The influencer told us all about his favourite places to visit, why he thinks travel is important, where he’s going next and why he thinks “you can’t call a place ‘shit’ because of your one particular experience”.

What’s up! My name is Alex Gillespie and I grew up in Taupo, which is located in the centre of New Zealand’s North Island. It’s small town set on the shores of a massive lake surrounded by rainforest and mountains. Taupo is a backpacker and tourist destination full of epic stuff to do all year around.

The first place, like most kiwis, is Australia, but that is basically an extension of New Zealand and doesn’t count (for me). The first ‘real’ trip I had abroad was to Sri Lanka, where I began a huge journey which took me from the tropical beaches in the South of Sri Lanka, travelling the entire longitude of India and into the Himalayas of Nepal.

What do you like most about visiting new places?

I just love exploring! But that in itself encompasses many factors. I think it is the curiosity of everything that goes hand in hand with travelling. Firstly, each and every country has its own unique culture, their own way of going about day to day life. You grow up knowing only one way to do things, one way to live your life. Understanding new cultures allows you to expand your mind and adopt new philosophies.

The next thing that excites me would be the exploration side of things – never really knowing what’s around the corner. Every day your eyes see new things that they’d never seen before. Landscapes, architecture and just life taking place. I can never get enough of ‘I wonder what’s over there’ and I don’t think I will be satisfied until I have seen every inch of the planet.

Lastly, it would have to be the people you meet along the way, not just the locals either. I mean the people from all around the world you meet in hostels and the stories they have and why they are in this particular situation travelling the world like you. For example, I have met people who have ‘got it all’ that high paying job, the car, the house and sold it all to travel the world. One of many stories that life into perspective. Not to mention the hundreds of friends I have around the globe now.

I have visited 25 countries to date.

I get this question from most people I meet and it would have to be one of the hardest to answer. I don’t have one particular country, I have multiple favourite moments from each and every country I have been too. But I have been asked enough to have an answer that would have to India.

India is crazy man! If you want to really get out of your comfort zone and heighten all your senses, go to India. Travel South to North over a few months – your life will not be the same. It has the richest culture I have ever seen, the most beautiful landscapes and will challenge you the most. The diversity is what makes it my favourite also – from the tropics of the south right through to the deserts of the North and everything in between.

I don’t have one, to be honest with you, I don’t have anything negative to say about anywhere I have been. In my opinion, even if you have a negative experience, the chances are it’s your perspective. You can’t call a place “shit’ because of your one particular experience. There is a postive in every experience I have had, laughing when a bus takes 18 hours instead of six hours in the middle of Asia helps 😉

I have lived a few places around the world, but it would have to be Chiang Mai. I lived here for a few months and it really did become my second home. I made a bunch of Thai friends who I lived with, partied with and even went on holiday with, within Thailand. I had my local stall at the market I would go to eveyday to get food and just knew the place like the back of my hand.

The ‘wtf is that a Rhino’ story. I had just come off a few days and nights riding camels and camping under the stars in the Thar desert in India, which runs right up into the border of Pakistan. The town where this all happens from is Jaisalmer in Rajasthan, we had just come back and decided to grab a bite to eat and ended up talking to a guy who had come down from Nepal – where we were heading to next. He gave us the details of where he had been and told us enough stories to convince me to head straight to Chitwan National Park.

Over the next week, I made my way to the Nepalese border and headed straight to Chitwan National Park and to the guest house I had been recommended. I arrived at night, so was not too familiar with my surroundings, but my host insisted on a jungle tour the next day, wit only  handful of days in the country, I said yeah sure.

The next morning, I woke up to go on this jungle tour which started in a wooden canoe going down a river. Being early morning there was fog lifting gently off the river as we paddle silently downstream. The next thing we came around the corner and boom there was a rhino standing in the river only a couple meters away. I couldn’t believe it, I didn’t even know rhinos existed in Nepal. It was a wild surprise and it turned out this place had rhinos everywhere. I saw about 15 in two days.

I can honestly say I have had nothing super bad happen to me to the point where I would call it the ‘worst’. Some low times om the road would be getting sick, vomiting with diarrhea in 35 degree heat and no air conditioning can make your question what the hell you are doing.

I have not, I have witnessed a couple of bad scooter crashes but that’s about it. Or getting to the island of Bohol in the Philippines while there is man hunt for ISIS members following tourist kidnappings and murders was pretty crazy.

There is no right or wrong way to life your life. Get rid of everything you know about how you ‘should’ life your life and just do what you think is right and what sets your soul on fire. To be grateful for what you have, it sounds cliche but some of the happiest people I have seen are the people that have the least, its true! To let your shield down, at home everyone is trying be someone or something, when you are traveling everyone is so open and honest, you can make a lifelong friend in 1 hour, something that would take months back home.

Do it! Why wouldn’t you! Ask yourself this question: If I quit my job right now to pursue my dream of travelling the world what is the worst thing that could happen? The chances are it would be going back to doing exactly doing what you are doing now. So why not give it a crack!