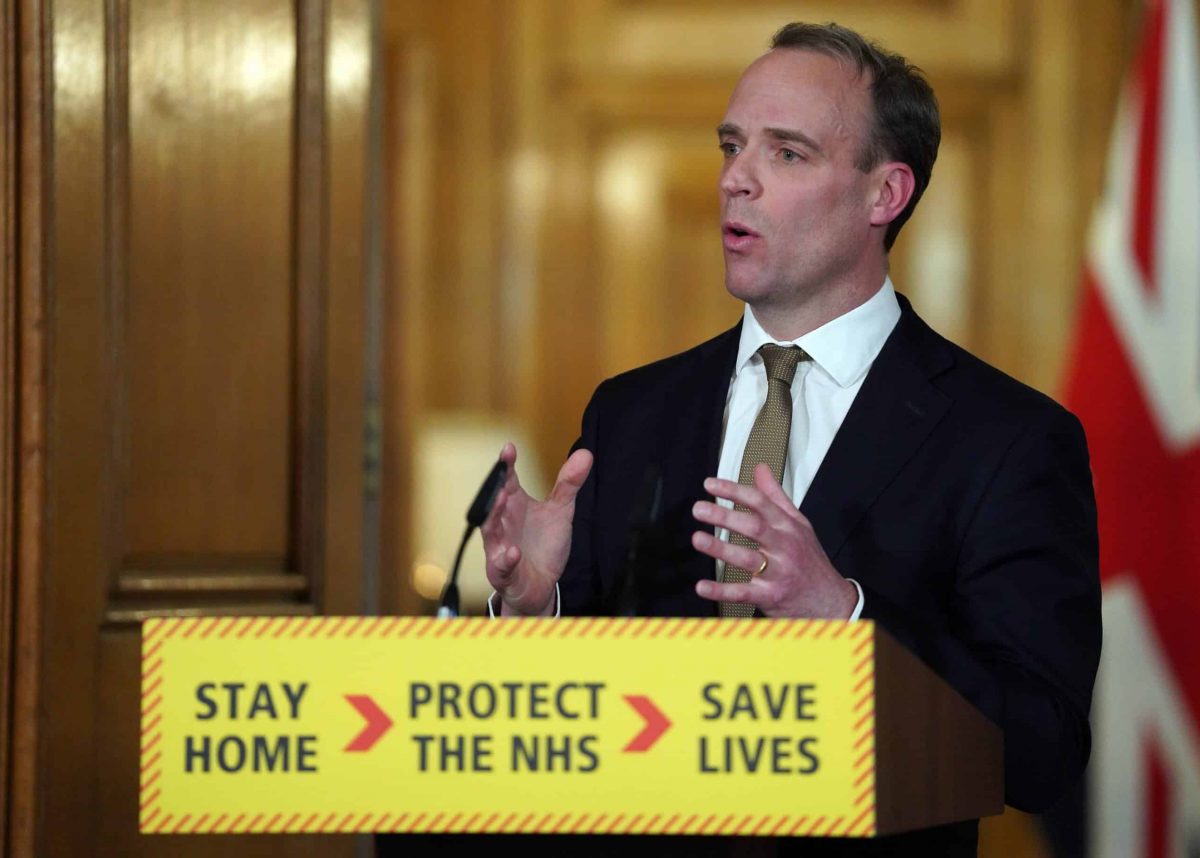 Britons stuck abroad have criticised the “lack of clarity” over the Government’s plans to fly them home.

Foreign Secretary Dominic Raab announced the Government has made an arrangement with airlines to fly home tens of thousands of stranded British travellers where commercial flights are no longer available.

Speaking at the Downing Street press conference on Monday, he said: “Under the arrangements that we are putting in place we will target flights from a range of priority countries, starting this week.”

But Adam Bradford, 27, from Sheffield, who has been stuck in Cotonou in Benin, West Africa, said it was unclear what constituted a priority country.

Mr Bradford’s flight home on March 19 was cancelled and prices for tickets have risen to more than £4,000.

He said he has been in Africa since January as part of the Queen’s Young Leaders youth programme, of which he is an ambassador for the Commonwealth.

“I have overstayed my visa and cannot get an extension,” he said. “Thus I am here illegally until further notice.”

On Mr Raab’s announcement he said: “To me it’s the same as last week – good words but actions need to follow.”

He said that shortly after the announcement, he was told by the nearest British embassy, across the border in Ghana, that Benin did not constitute a priority country.

Mr Bradford said he is now looking for affordable flights in May, but added: “But they could well be cancelled, the ones before it were.”

Mr Raab said priority would be given to the most vulnerable, including the elderly or those with pressing medical needs, and also to countries where there are large numbers of British tourists trying to return to the UK.

Brian Sangha, 72, a councillor for Gravesham in Kent, who is stuck in India, said he welcomed the news but said it raised a lot of questions over who is considered vulnerable.

Mr Sangha said he is one of about 100 British citizens stranded in and around the city of Jalandhar, in the northwestern Indian state of Punjab.

“There is a lot of detail missing,” he said. “What constitutes as vulnerable and, logistically, how do we get people from where they are now into the airports?

“The tricky bit is people travel in groups such as families of four, what does that mean for them? Will the vulnerable person go first and the others get separated?

“There is a lack of clarity over how arrangements will work and how people will be shifted across the country, especially countries in lockdown.”

It was a view echoed by support worker Elizabeth Hazlewood, 52, from Shrewsbury in Shropshire, who is stuck in Tunisia.

She said her scheduled flight on March 25 was cancelled but she has paid for tickets to return to the UK on Tuesday.

“I would have thought all locations should be a priority to get stranded UK citizens home,” she said.

Jyoti Madlani, 32, from Leicester, who is stuck in Cusco, Peru, said: “I think the message [Mr Raab] is sending out is helpful and gives a lot of hope and confidence to those who are able to access the flights.

“But it’s difficult from my perspective to say it’s helpful for me and all the others stuck here because I’m not sure if it will benefit us.”

It was a sentiment shared by Sam Jermy, 28, who is originally from Gorleston-on-Sea in Norfolk but has been living in Xiamen, China since 2018.

He is currently in Laos and was scheduled to fly back to China on Friday night but was not allowed on his flight after the country banned foreign nationals from entering.

He is now trying to head to the UK.

He compared the Foreign Office with that of Germany, which he said was better at communicating with its citizens.

He added: “Within 48 hours they had sorted out two repatriation flights for their citizens and clearly communicated to them that this was going to happen, everything was going to be fine and we’re going to get you home.

“I’ve had those sentiments from the British ambassador here, but it’s now Monday night and I’ve had three days of uncertainty and other people have been trying to find other ways out.”

Related – Tube carriages packed despite plea for only ‘essential’ travel