Imagine a city that is 10 per cent cooler, 20 per cent more efficient, 30 per cent cleaner and 100 per cent friendlier than London and Toronto is what you get. In true Canadian fashion, this is a city that has extracted all the best civic qualities the UK has to offer and improved on […]

Imagine a city that is 10 per cent cooler, 20 per cent more efficient, 30 per cent cleaner and 100 per cent friendlier than London and Toronto is what you get.

In true Canadian fashion, this is a city that has extracted all the best civic qualities the UK has to offer and improved on all of them. It has culture abound, a fanatical sports scene and a bustling leisure offering amongst other things. And as the country celebrates its 150th birthday, there has never been a better time to discover one of the most cosmopolitan cities on the planet.

Chief among the reasons why is that Toronto has never been as accessible for Brits. With a host of daily direct flights leaving London for the eastern provinces of Canada you won’t be short of options in making the jump across the Atlantic.

But if you want to find the real savings look to stop off mid-way. WOW air are now offering transatlantic flights to North America for as little as £140 thanks to their hub in Reykjavik, which breaks the trip up nicely with a seamless connection on the Icelandic coast. 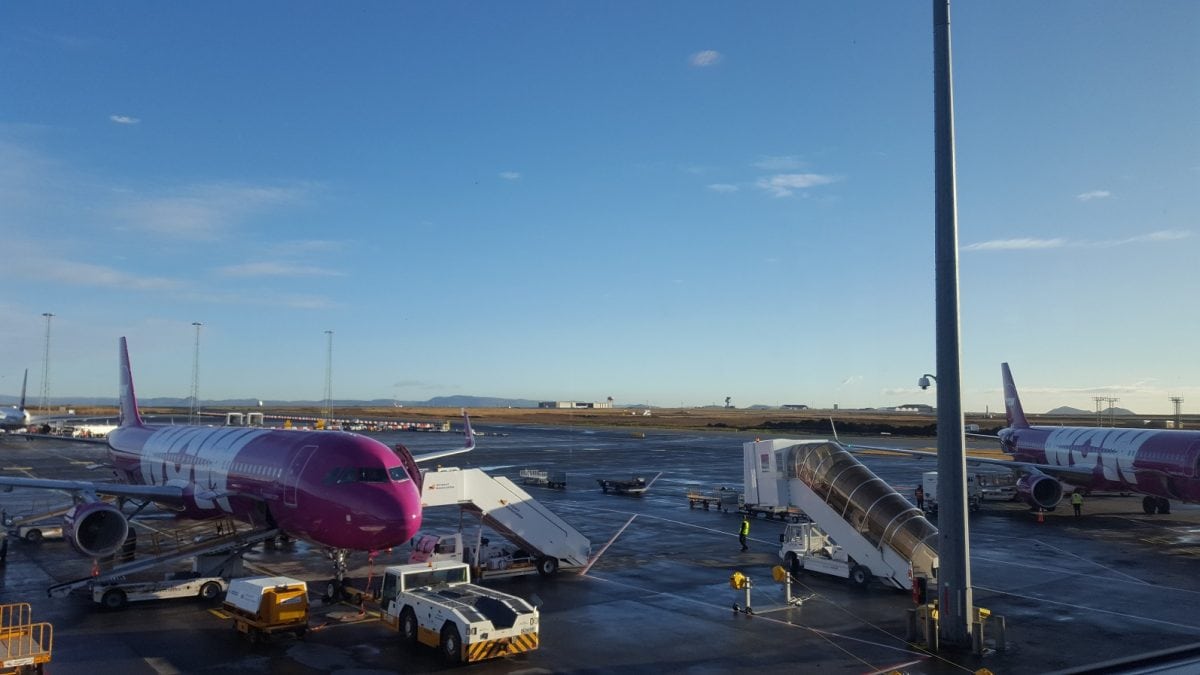 Getting around in Toronto is really easy, with their triple-decker GO trains connecting the suburbs and a mixture of tube trains, street cars and busses keeping the city centre running. But if you want the ultimate flexibility the best shout is to hire a car from their airport, where Hertz offer car hire from £26 per day with easy pick up outside terminal 1 or 3 which takes you straight out onto the highway towards downtown Toronto. 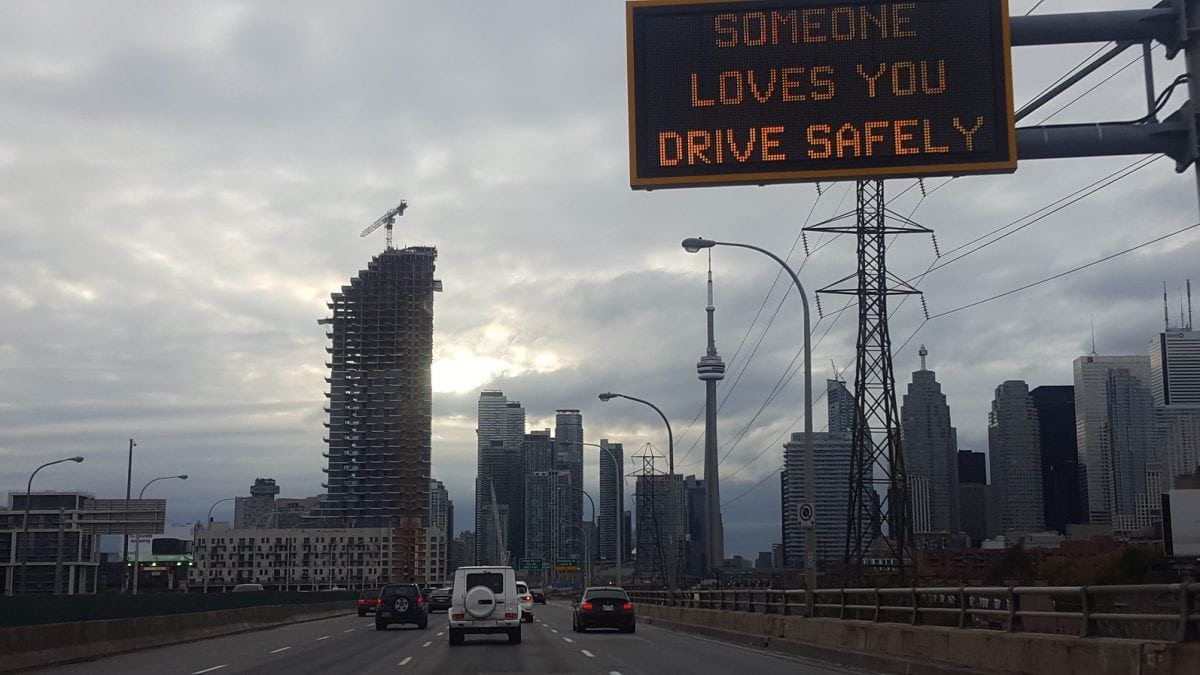 Getting to know the city is getting an appreciation of how its wonderful civic makeup works. The strength and vitality of the many neighbourhoods that make up Toronto has earned the city its unofficial nickname of “the city of neighbourhoods”, with upwards of 240 official and unofficial neighbourhoods within the city’s boundaries.

And where some prominent areas keep you guessing – St. James Town, St. Lawrence, Corktown, Church and Wellesle – others such as the Financial District, the Fashion District, Distillery District and the Entertainment District give you a clear indication, especially those which retain an ethnic identity such as the multiple Chinatowns, the Greektown area, Little Italy, Portugal Village, and Little India, along with others.

Like most places in Canada, Toronto is a city that doesn’t do things by halves. Home to the tallest free-standing structure in the Western Hemisphere, Canada’s five largest banks and various cultural institutions it doesn’t take you long to get an appreciation of the enormity of the city.

The best way to drink it in is undoubtedly from the skies. The aforementioned CN Tower gives you some quite breath-taking views of the city, and there are numerous restaurants and bars that let give you high-flying views. Most accommodation comes with a certain degree of elevation, so shop around if you want to wake up with these sorts of views. 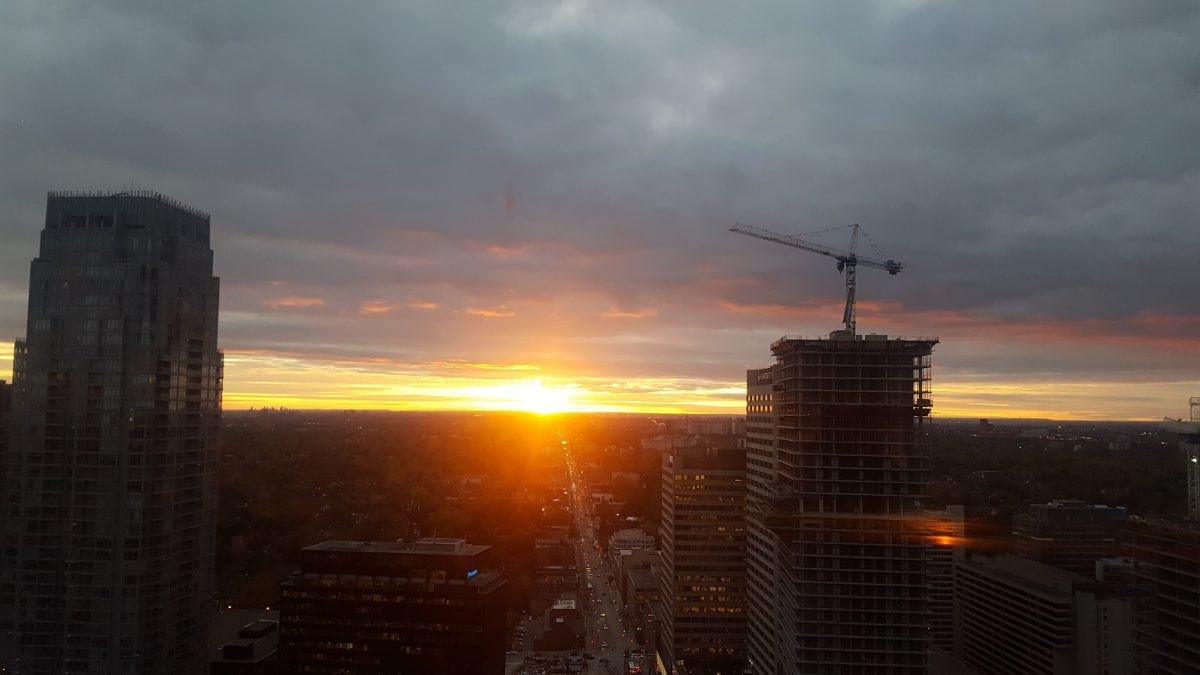 Toronto welcomes over 25 million tourists every year to its shores, and with a sightseeing guide that reads like an encyclopaedia it’s easy to see why.

From the Royal Ontario Museum to the Toronto Zoo, Art Gallery of Ontario, the Science Centre, the Museum of Contemporary Art and the Institute for Contemporary Culture your Toronto itinerary will literally be fill to bursting with things to do.

But if time isn’t on your side, we’ve picked our top ten recommendations for your stay in the Queen City.

TEN THINGS YOU HAVE TO DO IN TORONTO

Formerly known as the SkyDome, the Rogers Centre is one of the most impressive arenas in baseball. Holding just shy of 50,000 people on match days a Blue Jays game is a must if you visit in-season. But stadium tours are available year-round and give you an unrivalled view of the arena, taking in different seating levels, the press box, a luxury suite and giving you on-field access. 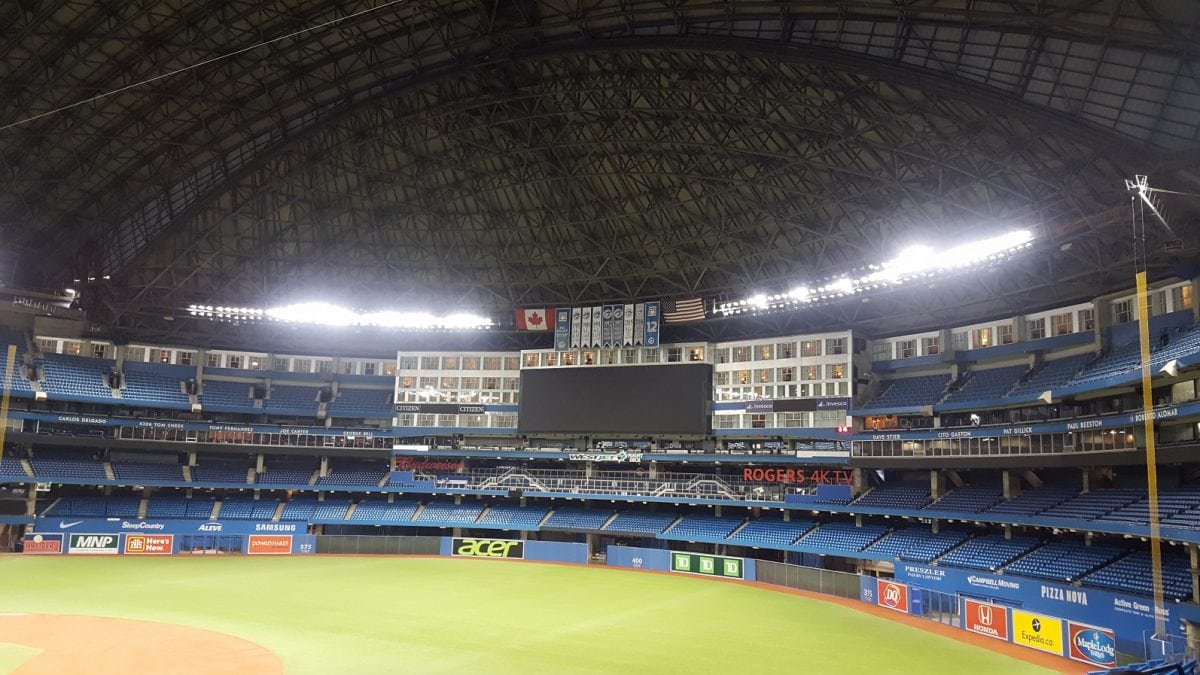 Drink in the Steam Whistle Brewery

Based in the historic John St. Roundhouse, just south of the CN Tower, the Steam Whistle Brewery is the iconic beer brand of Toronto. Despite having a large set up the brand only brews one beer, a premium pilsner, which is served in distinctive green glass bottles based on vintage beer bottles from the 40’s & 50’s. 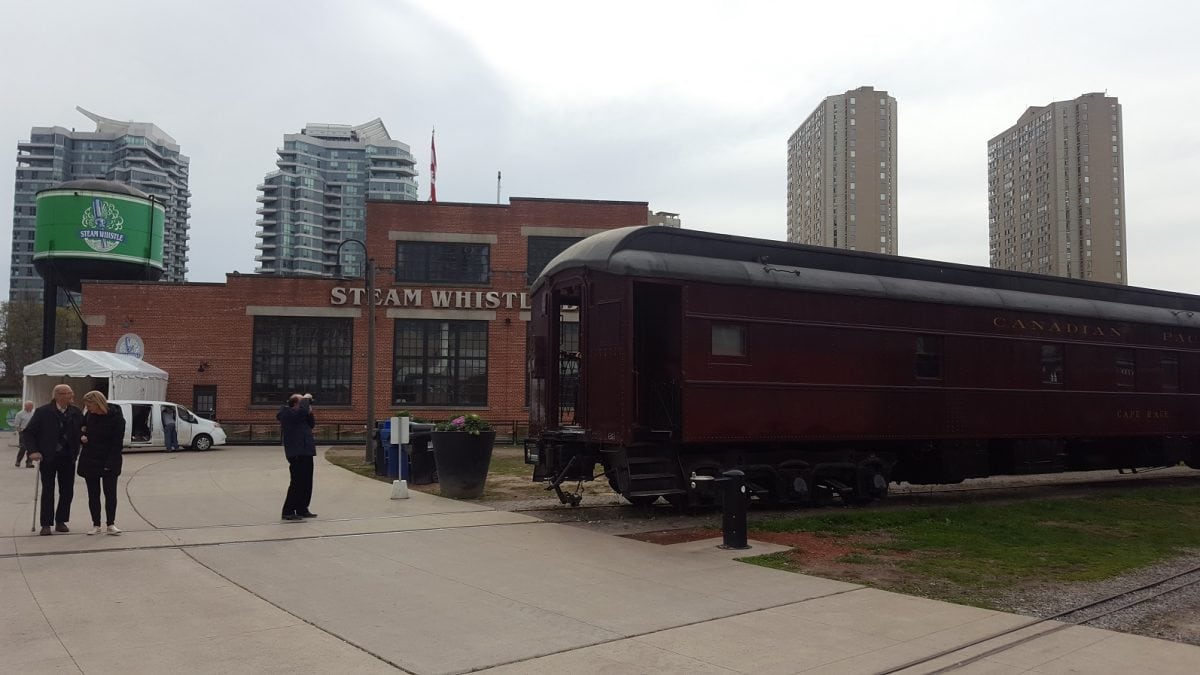 A top 5 recommended restaurant in Toronto on TripAdvisor, Pai is home to some of the best Taiwanese cuisine in North America delivered in a classically relaxed Toronto eatery. The cocktails are to die for and the street food vibe means you can wind down with amazing food, great drinks and an incredible vibe.

Like Italy on steroids, St Lawrence market is home to some of the finest and freshest food in the Big Smoke. Ranked the number one food market in the world by National Geographic you will find a healthy selection of cheese, meats, fish and wine, with European imports available as well as locally-sourced produce.

Take in the View from the CN Tower

Stretching 550 metres in height and offering unparalleled views of Toronto the CN Tower is a tourist trap worth taking the bait for. The observation decks are reached via a glass elevator with the two floors giving you panoramic sights of the city. If you’re feeling peckish the 360 restaurant offers an unforgettable dining experience with an award-winning wine selection of over 550 international and Canadian wines from its “cellar in the sky”. 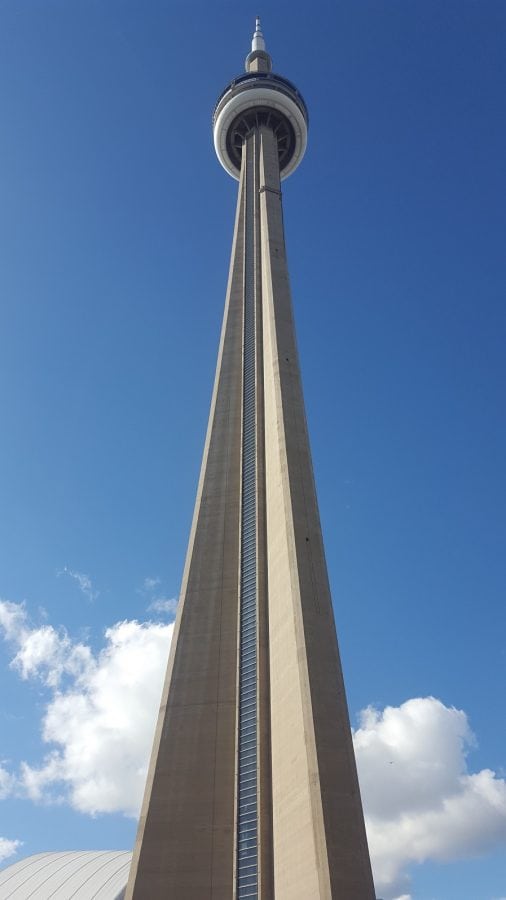 Take the boat out to Toronto Islands

Home to the largest urban car-free community in North America, Toronto Islands are a must-see for anyone visiting the city. A short skip on a boat will get you to the foot of the islands where you will find parklands, the Billy Bishop Toronto City Airport, several yacht clubs, Centreville Amusement Park, and Hanlan’s Beach. 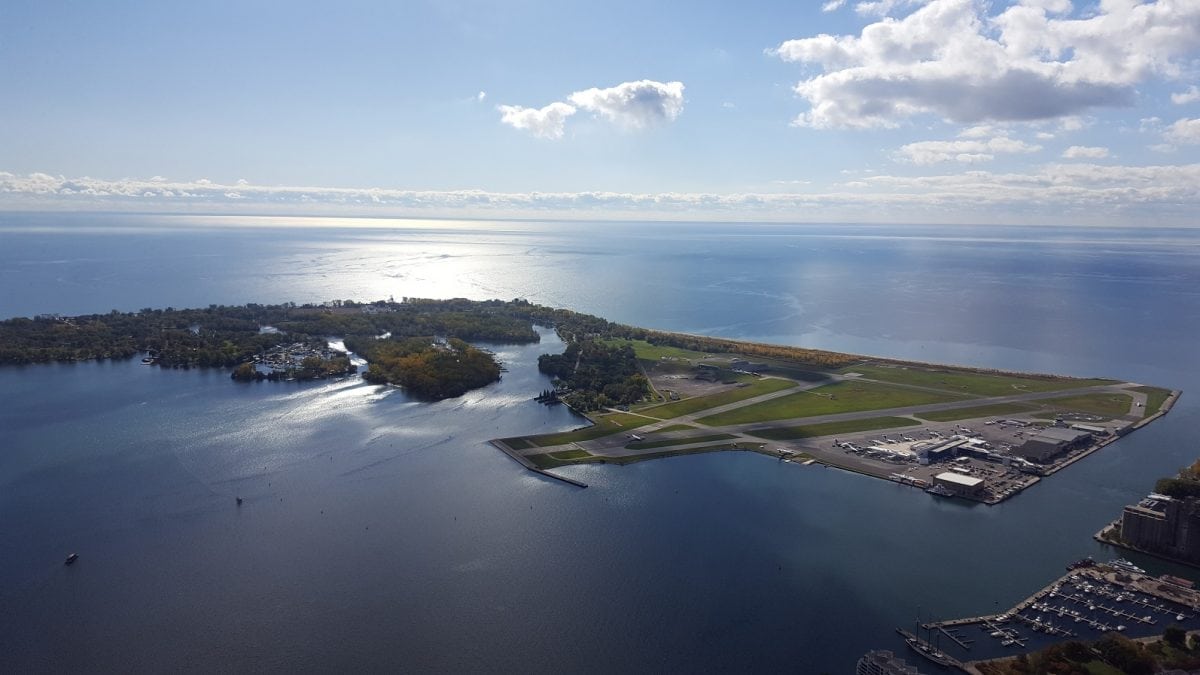 Mooch around the Distillery District

History isn’t something you find a lot of in North America, but with more than forty heritage buildings Toronto’s Distillery District is the largest collection of Victorian-era industrial architecture in North America. Today the brick-paved streets play host to a plethora of coffee houses, restaurants and boutique shops. Market days are hosted on Trinity Street and are a must-see if you find yourself in the area. 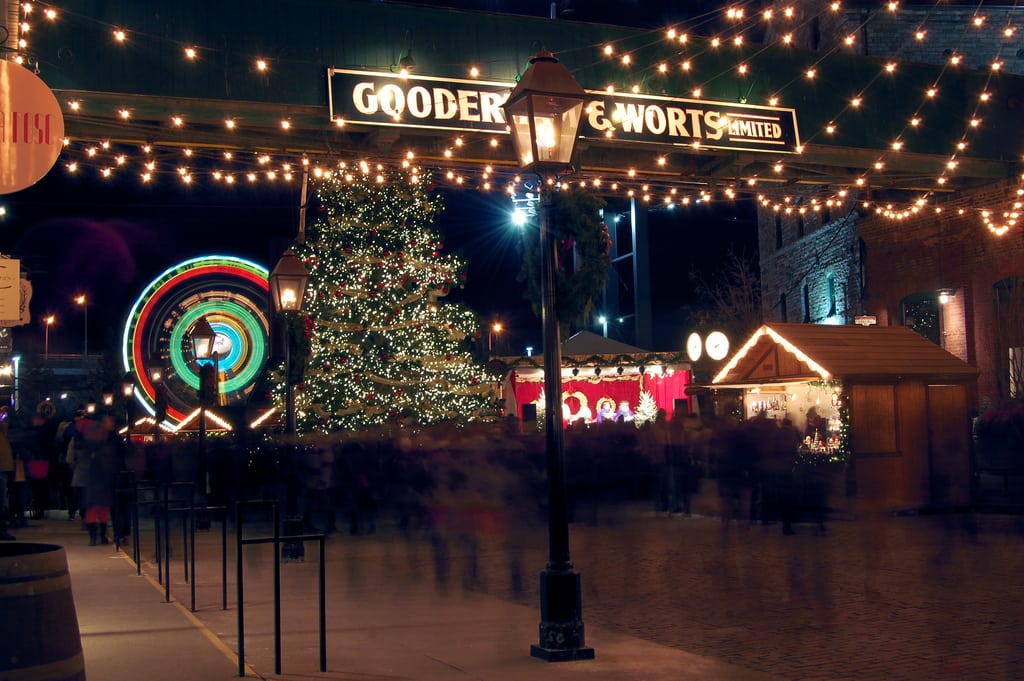 So you’ve had a beer in the Steamwhistle Brewery, dined in Pai and now need something to top your night off? Head to one of Toronto’s growing amalgamation of jazz bars to discover the cool sounds of talented emerging artists from some of the country’s top jazz training institutions. With a glass of bourbon or Canadian rye in your hand this is the ultimate way to unwind in the city. 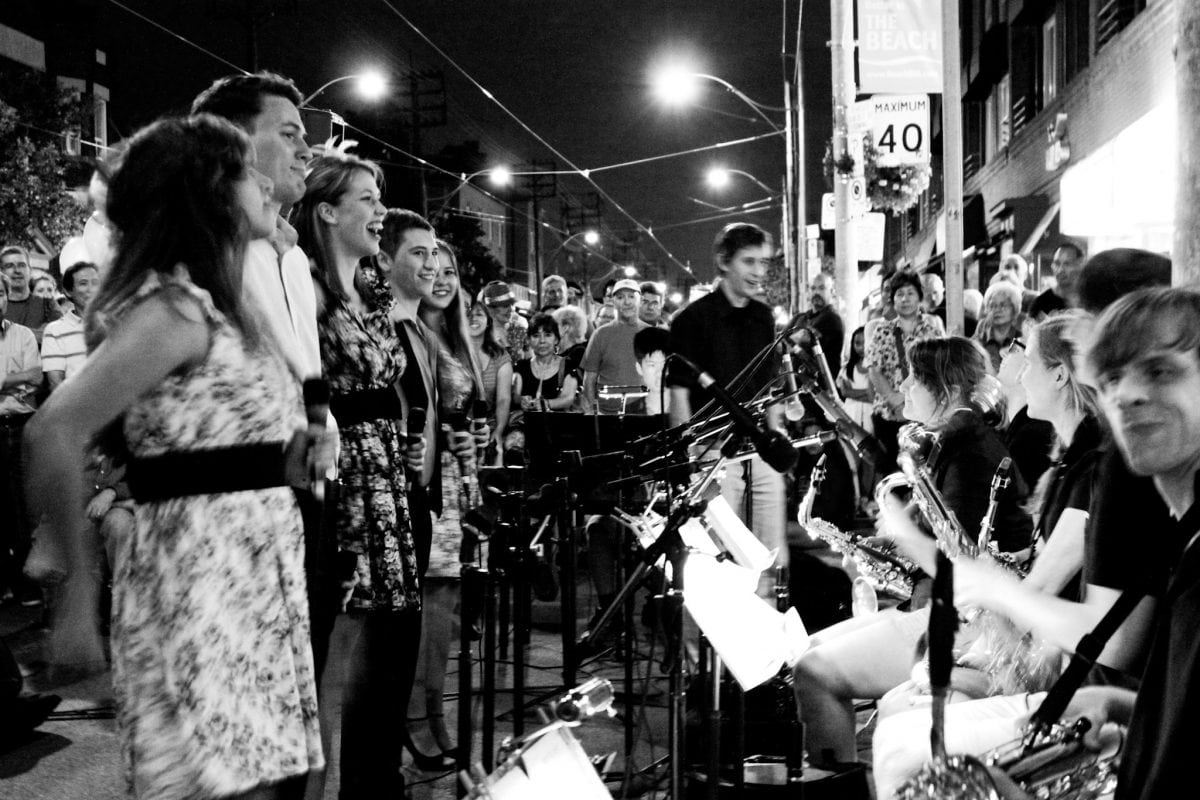 Timmy’s is an institution in Toronto, and you won’t go more than three streets before you land on one of its famed cafes. Formally Tim Hortons the coffee chain serves up breakfast and lunch options along with their renowned bit-sized fried doughnut confectionery Timbits. 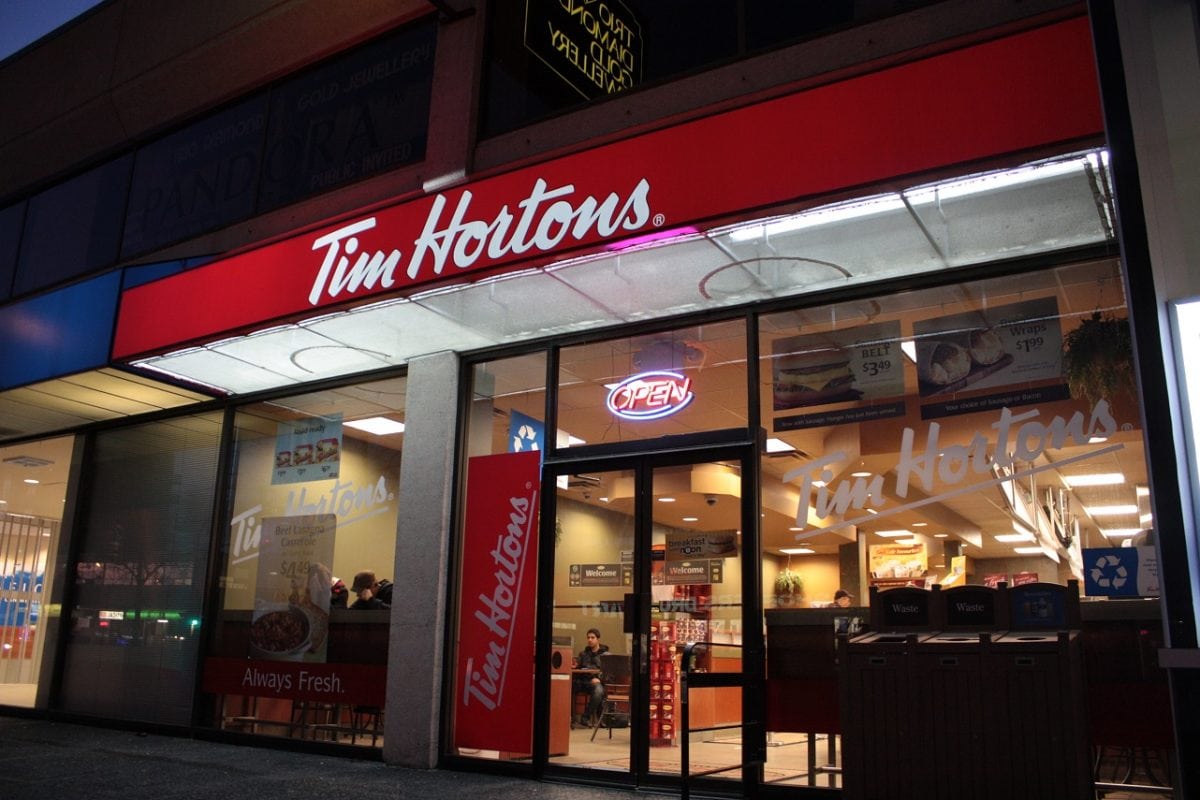 Discover the Canadian in the Toronto Train Museum

The route of the Canadian is perhaps the best way to depict its namesake country. Travelling over 3,000 miles from Montreal to Vancouver the train, which includes two gallery carriages offering panoramic views, takes in all Canada has to offer from the rugged mountain range of the Rockies to vast plains of Ontario. And there’s no better place to discover the journey than in the Toronto Train Museum. Located in the John Street Roundhouse this really is a must-see. 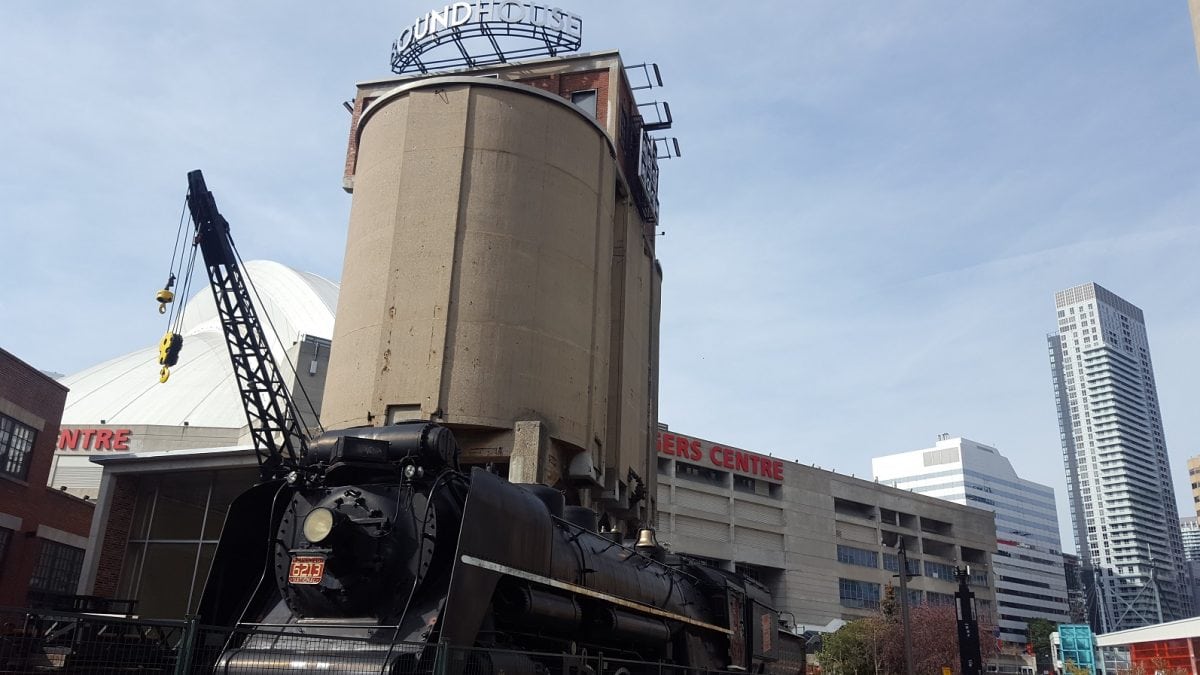