by Benjamin Potter Hear the word theme park and a sigh escapes as the stereotype of queues and screaming kids comes to mind. So when Europa Park invited me to check out their latest attraction – a virtual reality rollercoaster – I’m no Eurosceptic, but I was prepared for the worst. I couldn’t have been […]

Hear the word theme park and a sigh escapes as the stereotype of queues and screaming kids comes to mind.

So when Europa Park invited me to check out their latest attraction – a virtual reality rollercoaster – I’m no Eurosceptic, but I was prepared for the worst. I couldn’t have been more wrong.

The rides are incredible at Europa Park but it’s the rest of the entertainment which makes this park stand out.

The 13 countries squeezed into Europa’s sprawling landscape take centre stage  – yes, Greece is still in there and there are no ATM queues. It’s a novel theme park experience, you might think as you meander the winding Spanish lanes or chill out in the Italian piazzas.

A combination of gourmet food, novel ride ideas and themed hotels all contribute to a premium experience which will leave you feeling like you’ve seen the whole of the continent without setting foot on a plane (except the one to get there!)

Brace yourself as I whizz through my top five tips to make the most of Europa Park….

Europa Park is truly revamping the theme park industry, one spa treatment at a time. After a relatively short hour and half trip from London Stansted there’s nothing better than starting your trip by kicking back at one of the three Wellness Spas before you get stuck in at the park.

Each spa is equipped with pool, sauna and steam rooms, and I’d recommend a simple back and neck massage to get your weekend started.

There’s plenty of ‘après-ride’ to keep even the most novice of thrill seekers entertained.

Post-spa treatment, head up to the Buena Vista Club perched nine floors above the park for a panoramic view of the Black Forest by night.

Housed at the top of medieval Castillo Alzacazar hotel (one of the parks five themed hotels), this rustic watering hole has all the log-cabin charm you could want from this part of Germany, equipped with open-fireplace, book case and arm chairs that look like they could swallow you up.

Try the zesty Planters Punch cocktail to get your break started in style.

The bar is a home from home with its own gin menu spanning over twenty varieties.

Forget sticky nightclub floors and boozed up revellers – the evening entertainment in this part of Europa is more refined. Themed nights are held regularly at the park catering to a wide range of tastes.

During our stay the park was hosting an African Festival. Head Chef Anita Roux from Oemf Catering is flown out every year from South Africa to oversee Africa Food Festival where she can be food cooking up a myriad of African delights ranging from biltong (dried jerky meat) to Boerwors (spicy sausage) to ostrich.

“Europa Park don’t do things by half and we get South African natives coming from all over Europe to get a taste of home,” she explains.

The showmanship doesn’t stop at the buffet table. Guests are treated to after-dinner entertainment in the form of fire-breathing and African drumming which will have you dancing till the early hours.

Twelve rollercoasters take centre stage in this park but the added entertainment is just a phenomenal and included in your ticket. Performers from over fifty different countries make-up the casts of the 17 daredevil show across the park.

The Vegas-style ‘Surpr’Ice with the Gods Of Greece’ is an arena style show with ice-skating trickery that will you have you open-jawed throughout. Incredible aerial work and strong men make for an incredible afternoon of entertainment.

Europa Park is not merely riding the wave of thrill-seeking but also investing in its future. During our trip we became guinea pigs for Europa’s latest virtual reality experience.

Don your ‘Star Trek’ style headgear and board the rollercoaster where you are parachuted into a virtual world with Europa’s mascot EuroMouse leading the way.

Animation going on in your goggles while you ride the rollercoaster creates the sensation that you are being catapulted through the sky.

All this takes place on Europa’s oldest ride Enzian and the only challenge is trying to resist the temptation to peak outside the goggles!

We stayed at the Bell Rock Hotel and flew to Baden-Baden with Ryanair. The park is a 45 minute ride by courtesy bus from the airport. To find out more visit www.europapark.de 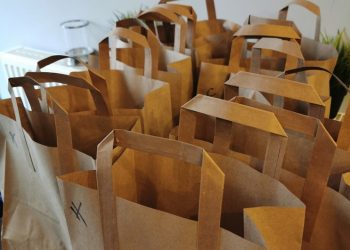