When you think of Nashville a number of clichés invariably spring to mind. ‘Ah yeah, cowboy boots!’, you might think, before conjuring up images of denim clad workers with burly moustaches sipping Jack Daniels on their wooden porch. But to think of it within such confines is to do it a huge disservice. Nashville is […]

by Ross Macintyre
in Destinations, Travel

When you think of Nashville a number of clichés invariably spring to mind.

‘Ah yeah, cowboy boots!’, you might think, before conjuring up images of denim clad workers with burly moustaches sipping Jack Daniels on their wooden porch.

But to think of it within such confines is to do it a huge disservice.

Nashville is called ‘Music City’ for a reason, and it certainly lives up to its nickname, but it is hotly becoming one of the global ‘go to’ travel destinations with British Airways launching daily direct flights from London.

The Volunteer State city has quietly gone about its business before gaining international acclaim following its namesake TV hit series – and rightly so.

With that in mind, here’s five things about Nashville that you wish you knew earlier! 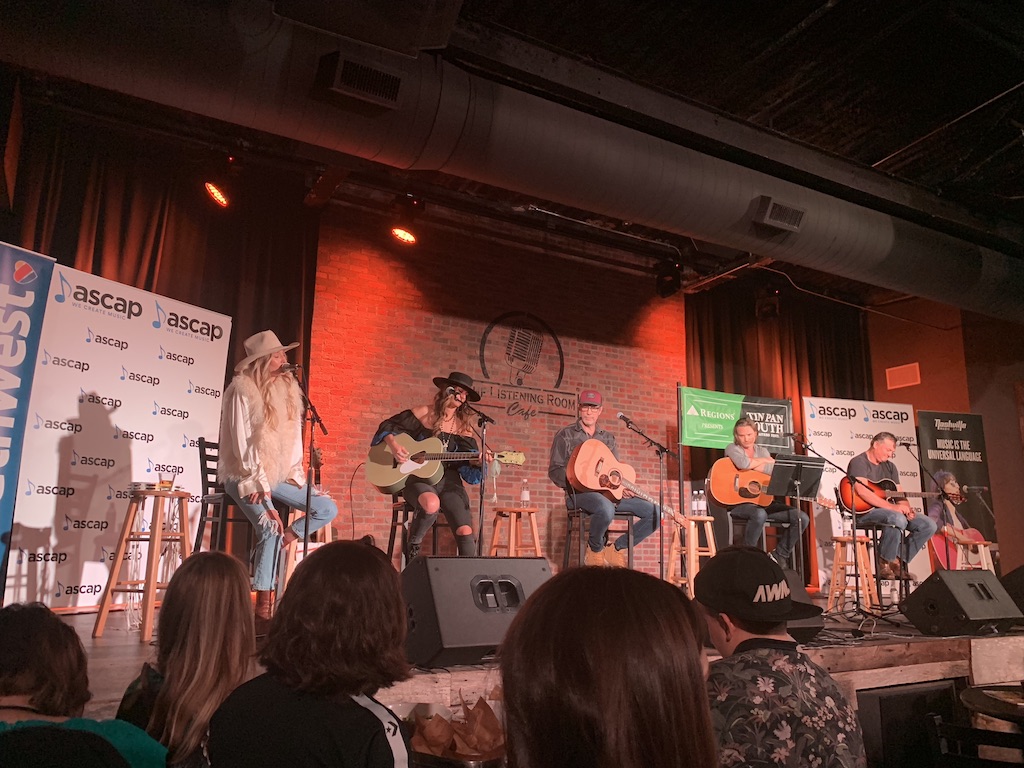 The festival comprises of a week-long showcase of the songwriters behind the global smash hits we know and love (yes, hit songs are seldom written by the artist!). It’s the perfect opportunity to enjoy the plethora of listening rooms that tell the story behind the story including the ‘Listening Room Cafe’, the ‘TRUE music room’ and the world famous ‘Bluebird Cafe’ where the likes of Taylor Swift and Garth Brooks made their big breaks in the 90 seat capacity venue.

Erika Wollam Nichols, General Manager at Bluebird Cafe says: “Nashville is the “ground zero” of songwriting and we see visitors from all over the globe who come for the chance to experience their favourite songs in their truest form. Music lovers come to hear how the songs they love were written; where they came from and the emotions and feelings that inspired them.  In Nashville at the intimate venues that thrive in the city, fans can hear the stories behind the songs and immerse themselves in the creative process.” 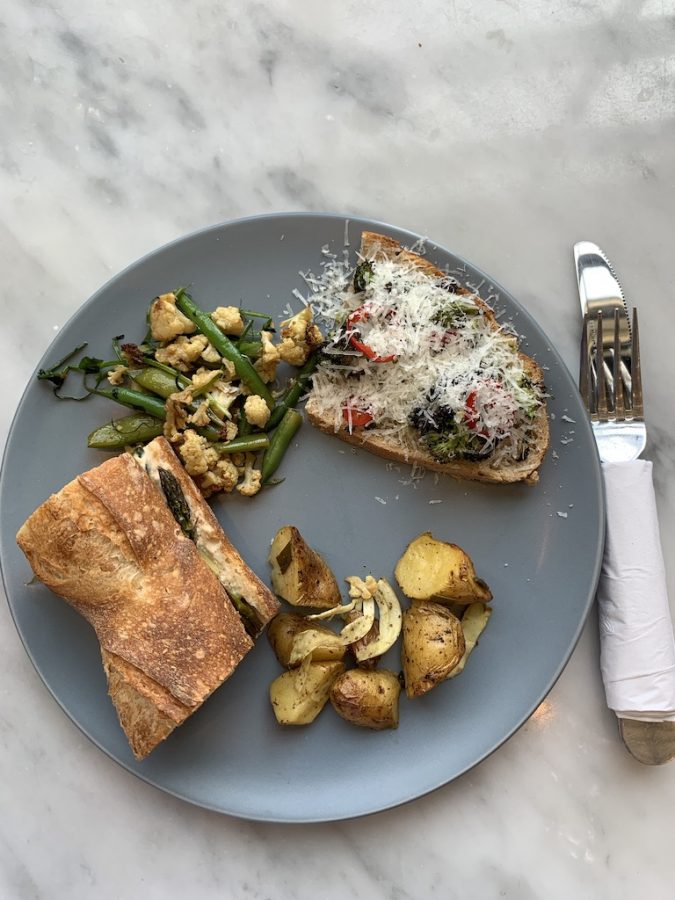 If there’s one thing that Nashville continually succeeds at today, it’s the hip new dining spots that lead the culinary experience in neighbouring areas like East Nashville. ‘Folk’ offers a contemporary setting with delectable dishes such as Royal Red Shrimp and the Heritage Pork Shoulder. There’s also the ‘Dozen Bakery’ for freshly baked goods such as the Asparagus and Goats Cheese Baguette, plus you can watch everything being prepared in its onsite bakery. 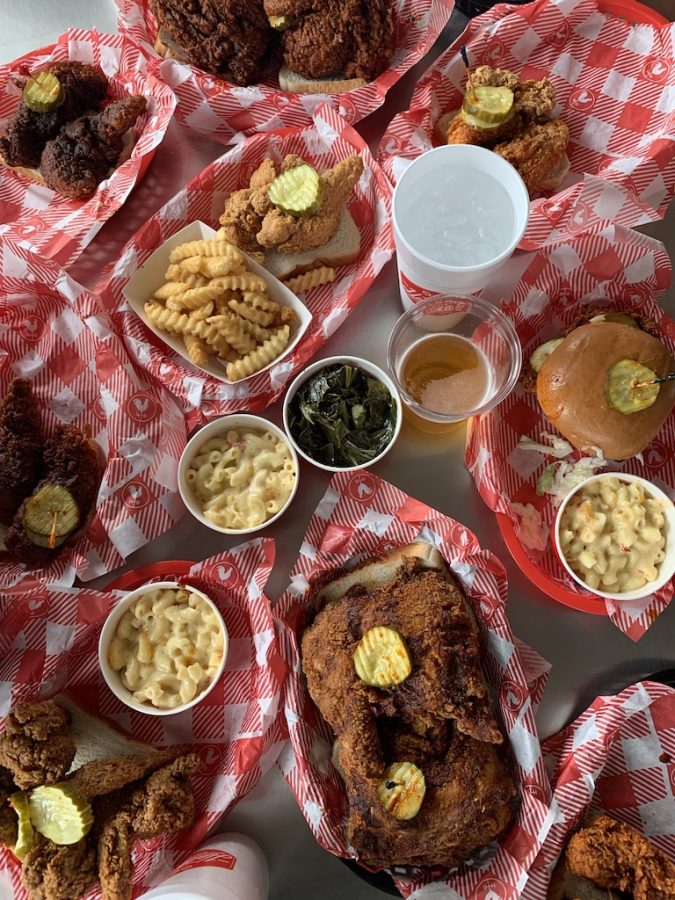 If you’re a brunch fan, award-winning chef Sean Brock at ‘Husk’ pushes the boundaries of what locally sourced southern ingredients can provide. With the menu changing daily, dishes like Sourdough Rye Monkey Bread, Apple Cider, Cream Cheese and Raisin redefine what it means to cook and eat in Nashville. 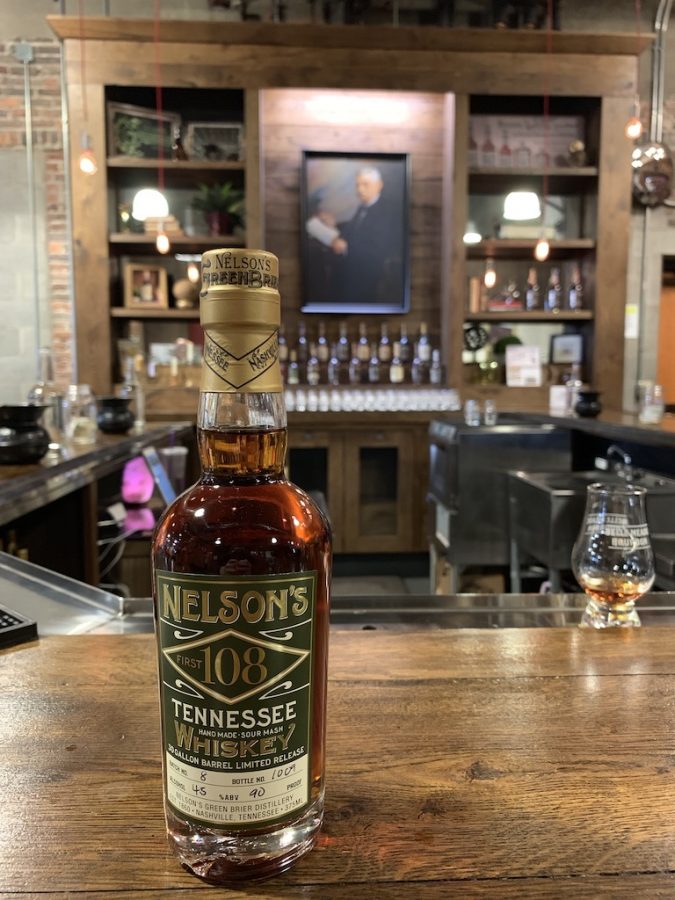 For something heartier, ‘Arnolds’ Meat and Three Veg had even Dolly Parton eating at this classic diner, but you can also try ‘Martin’s Bar-B-Que’ or even ‘Hattie B’s’ Shut the Cluck Up Hot Chicken if you’re up for the challenge. If something thirst-quenching is required to cleanse the palette, heading over to ‘Nelson’s Green Brier Distillery’ for some Tennessee craft whisky will further blow your mind. The distillery tour will uncover how the Nelson family re-formed the business that had closed exactly 100 years earlier in 1909 during Prohibition. 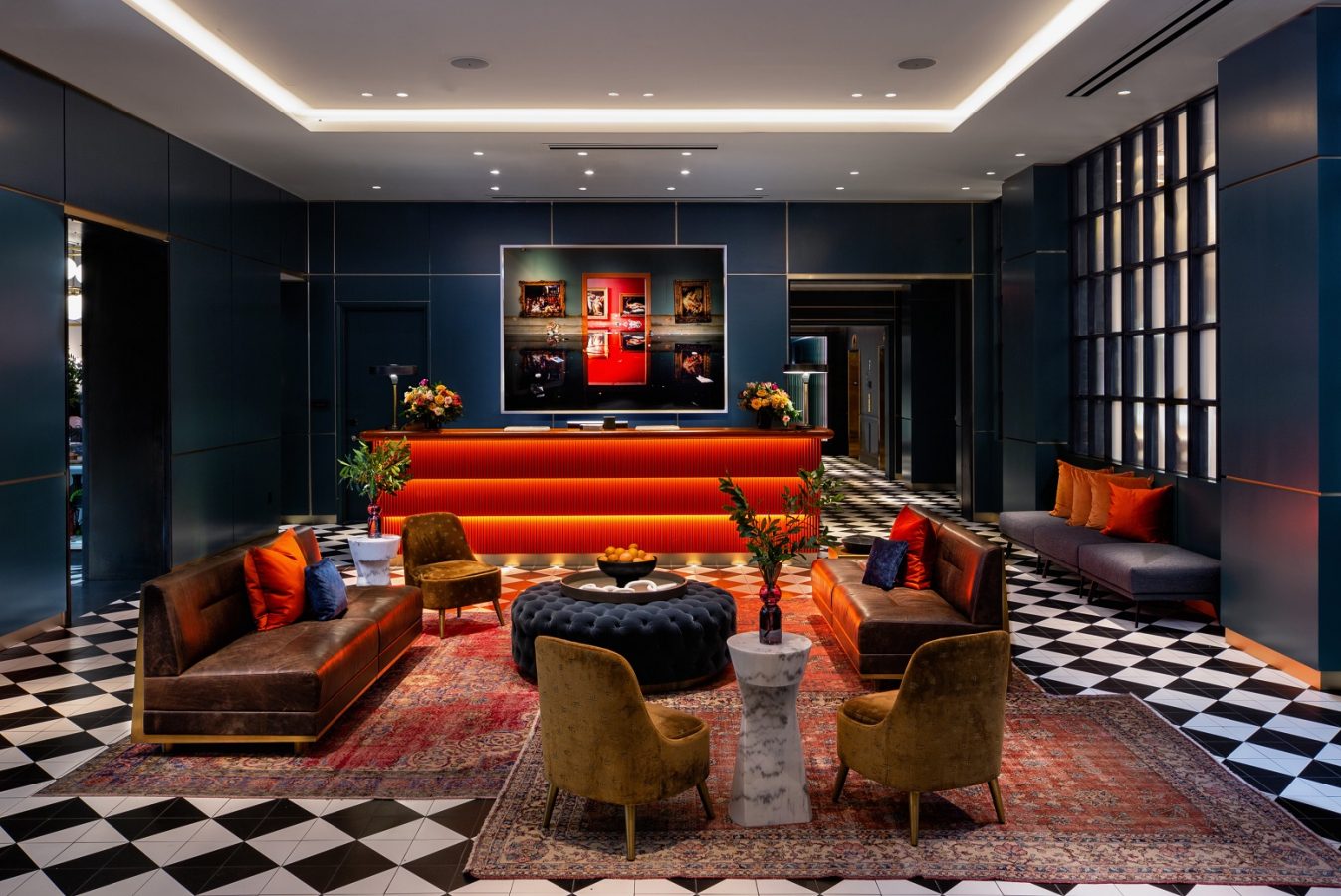 There’s many hotels to choose from, however few are as unique than the newly-opened and sleek ‘Dream’, which is the first authentic boutique Nashville hotel. Its previous occupants used this grand building as a brothel, however it is now a go-to Nashville hotel with an elevator that “still runs all night” according to its tongue-in-cheek tagline.

The city has mastered the art of the dressed up jean, which is epitomised when walking into this hotel and its ‘Stateside Kitchen’ restaurant for dishes like The Chop.

Michael Lindenbaum, Executive VP of Operations and Development at Dream Hotel Group explains: “We’re excited to be a part of the revitalization of downtown Nashville and to bring the Dream brand to the city’s historic entertainment district, Printer’s Alley. Since we opened Dream Nashville last month, the area is experiencing a rejuvenated second act. With a modern spin on what the neighborhood was known for, the hotel and its six dining and nightlife options are attracting new interest from locals and visitors — and we only see this growing!”

4. The ‘real home’ for international stars 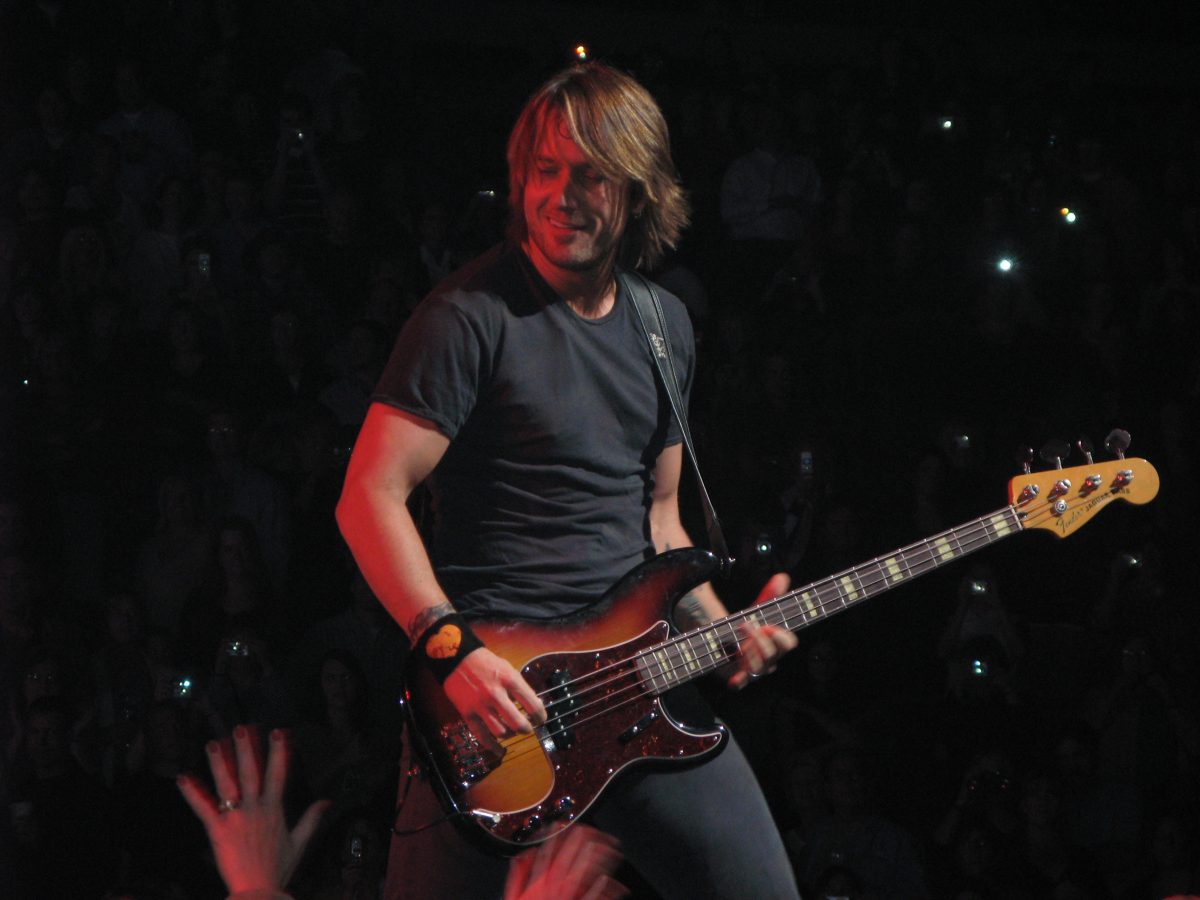 There’s a ‘Nashville Way’ when bumping into Keith Urban at Whole Foods Supermarket, and that’s to treat stars like anyone else. Nashville’s down to earth vibe, stripping away the egos and endless paparazzi from LA and New York is exactly why artists are gravitating here.

Accomplished songwriter Claude Kelly, who has written for Britney Spears and Bruno Mars, says: “I was looking for somewhere to call home for my musical projects, and as I stopped in Nashville on my way from LA to New York, I literally never left. Plus I think Nashville has a monopoly on the creative songwriter experience.”

It is difficult to challenge Claude given that Kings of Leon, Alison Krauss, Justin Timberlake and Sheryl Crow reside here. It could also be because the city boasts world leading music facilities including Jack White’s ‘Third Man Records’ and ‘RCA Studios’ where +260 Elvis recordings were brought to life. Looking forward, ‘Ocean Way’ studios is establishing itself as the global recording venue for gaming and film, whilst ‘BlackBird’ Studios has launched its Academy for the next generation’s music talent to gain hands-on experience, including Franklin Jonas (a Jonas Brother) graduating last month. You can take a ‘Music Row Walking Tour’ to hear the stories of over 20 recording industry sites, all situated within a few blocks. 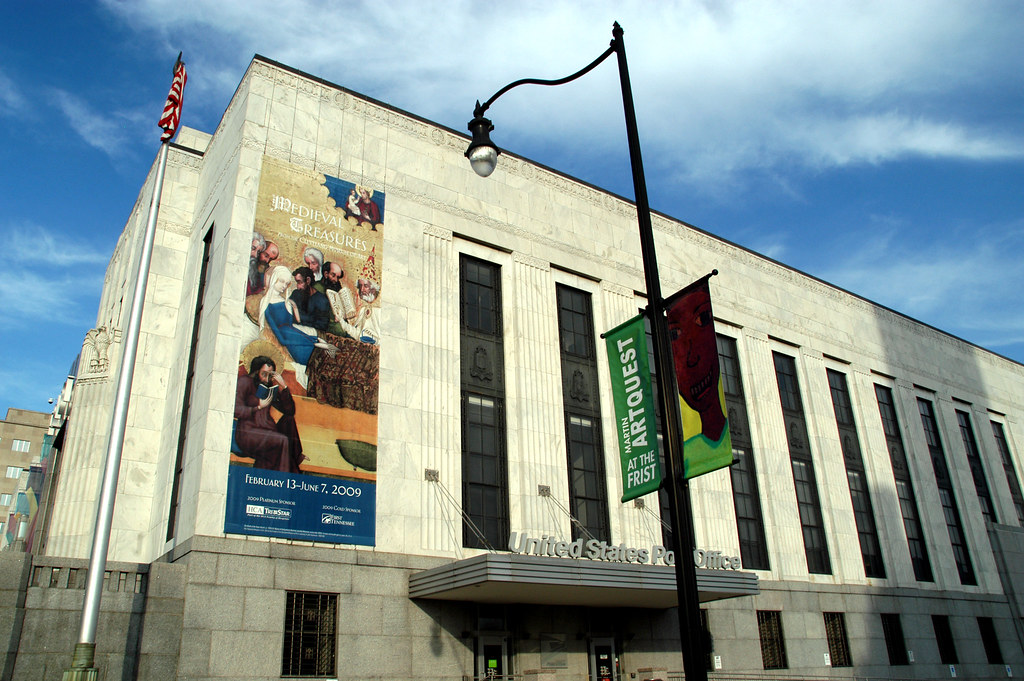 As music continues to rule the roost in Nashville, it’s not surprising that other creative outlets are starting to make soundwaves in the city. The ‘Frist Art Museum’ is a 124,400-square-foot visual arts centre that hosts exhibitions including work from Monet, Picasso and Van Gogh, in addition to revealing new shows every two months. On Thursday and Friday nights, there is free music in the museum’s café.

Ellen Pryor, Director of Communications, says: “Nashville is known the world over as a remarkable creative community, and artists in all disciplines are moving here and contributing tremendous energy to the city. In our own case at the Frist, on a regular basis, musicians, dancers, poets and musicians regularly enhance the exhibitions in our galleries; chefs, brewers and fashion designers collaborate with curators and educators. This tremendous spirit of creativity and collaboration is infused the culture of the city in every way.”

It’s also easy to gain a historical music fix with some real heavyweights on your doorstep, such as the ‘Musicians Hall of Fame’ which exhibits the past and present greats including The Rolling Stones, Jimmi Hendrix and Johnny Cash amongst others. The famous ‘Grand Ole Opry’ is the world’s longest running radio show with performances by rising music artists and legends, with backstage tours available to those who want a meatier music experience. Additionally the ‘Ryman Auditorium’ is considered the birthplace for country music, but now hosts eclectic performances including Snow Patrol, Eddie Izzard and Wu-Tang Clan.

A tourist destination with a drumbeat

With a population fewer than a million, you’ll be surprised just how vibrant, energetic and culturally rich this growing city is. Its success is down to a few ingredients of great music, exceptional cuisine and hipster accommodation, with heart-warming people baked all the way through. It only takes a few days before you contemplate staying a little longer as residents welcome you with a big Tennessean smile, even the superstars in the supermarket!