The "unique agreement" between British Transport Police (BTP) and Royal Military Police (RMP) will mean the red hats and brown uniforms could become the norm at the capital's busiest stations. 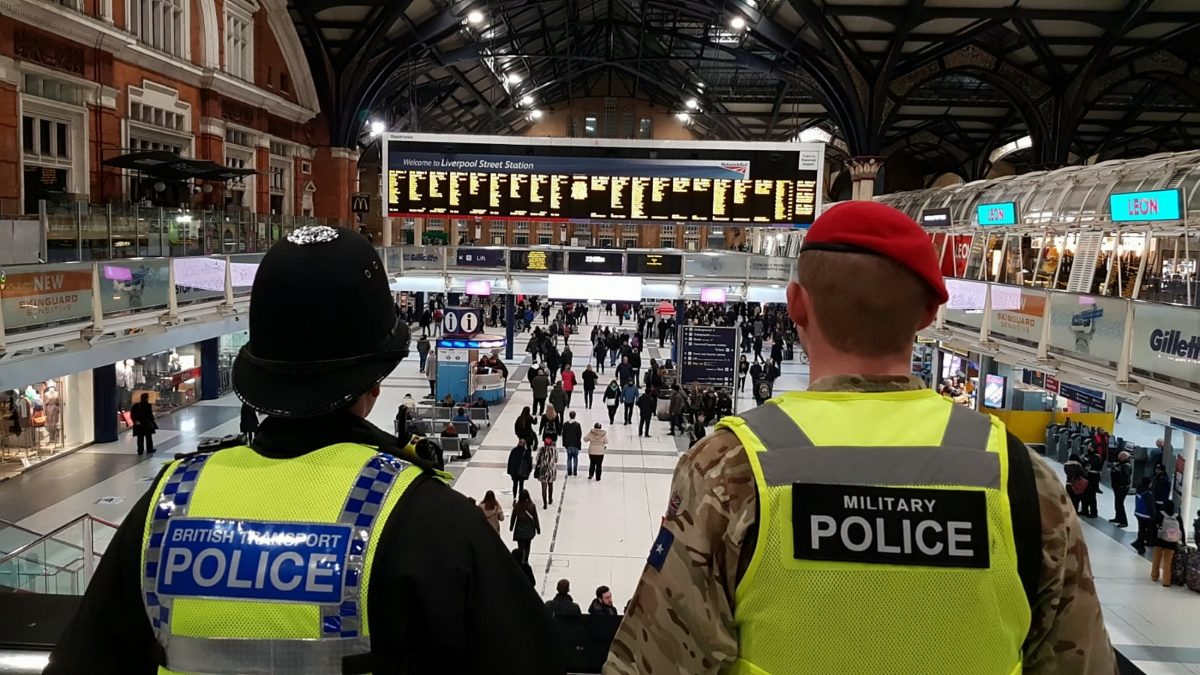 Transport police have roped in the military to join underground patrols to keep bustling commuters safe.

The “unique agreement” between British Transport Police (BTP) and Royal Military Police (RMP) will mean the red hats and brown uniforms could become the norm at the capital’s busiest stations.

The skill-sharing exercise will bring in military officers from Hampshire and Essex to bulk up patrols on the Underground.

After a pilot at Waterloo Station, the scheme has been rolled out along the Waterloo & City line to Liverpool Street – and there are plans to expand it even further.

BTP Superintendent Matt Allingham said: “This is a great, practical way to bring two specialist police organisations together to share expertise and enhance what we do. 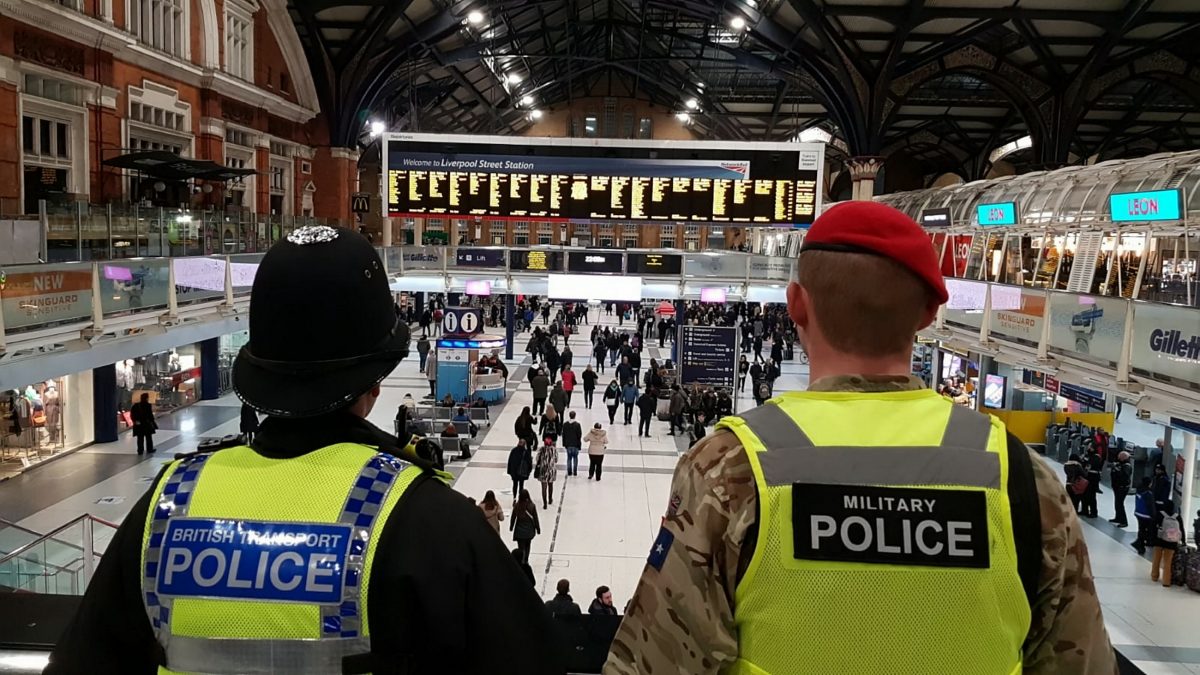 “By giving Royal Military Police personnel the opportunity to shadow our teams at two of London’s busiest stations they’ll be able to gain first-hand experience of wider policing.

“There are clear benefits brought by the increasing uniformed visibility at our key transport hubs in relation to crime prevention.

“The uniqueness of having joint military and police personnel on patrol also provides a conversation starter with the travelling public and assists with engagement in line with NPT principles.

“Our initial pilot based at Waterloo was a big success and we’re pleased to be able to expand the scheme so more officers can get involved and hope to roll the scheme out even further in future.”

RMP officers from Hampshire, Essex and Suffolk will be patrolling with their London colleagues from the UK’s busiest train station to Liverpool Street.

Major Michael Boyd, Officer Commanding 156 Provost Company, 4 Regiment Royal Military Police added: “On behalf of my colleagues from Aldershot and I, we are hugely grateful to BTP for this partnership opportunity.

“Essex, Suffolk, Hampshire and beyond are areas with significant military bases, with numerous Forces personnel and their families using the rail network every day.

“This partnership expands the ability of our organisation to effectively support the service community using these transit links, whilst providing our personnel with exciting professional development opportunities alongside our BTP colleagues.”