by Clair Hart
in Must Reads, Travel

A retired couple took the trip-of-a-lifetime to visit their son in Hong Kong for his birthday – by travelling all the way there using only PUBLIC TRANSPORT.

Phil and Emma Whiting spent three weeks aboard 16 different trains, travelling through Europe, across Russia, into Mongolia and eventually into the Chinese capital of Beijing.

Their 12,000 miles of travels took them on buses, taxis, ferry boats, horses, a cable car and even on a fair amount of trekking on foot.

Along the way, the couple strolled through Chinese rice terraces watching the harvest, attended a Russian Orthodox mass, and even dined with Mongolians whilst staying in a traditional yurt.

The couple, from Iffley, Oxon., then spent five weeks travelling 4,500 miles across China before ending up in Hong Kong, and described the trip as an “extraordinary experience”.

“We have both long been interested in issues to do with recent history and international politics,” said artist Phil, 69.

“My wife Emma, 61, took early retirement four years ago from her job as a social worker, and we have often planned a big journey like this. 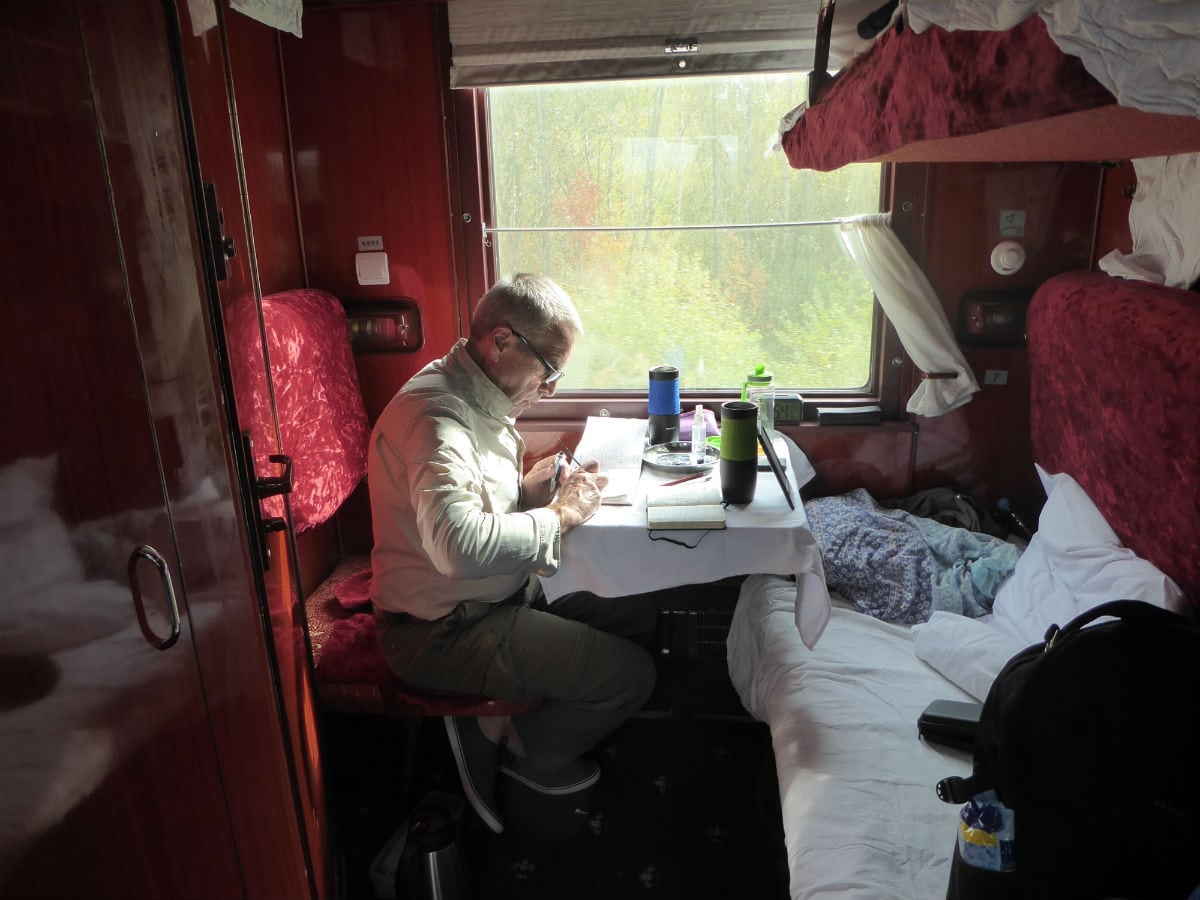 “Our son, Oliver, is teaching in Hong Kong, and he invited us to celebrate his 30th birthday on November 6 with him.

“We decided it was important to us that actually travelled to get there, and that we stopped off in various places.”

And Phil added that the journey took the couple a year to organise. 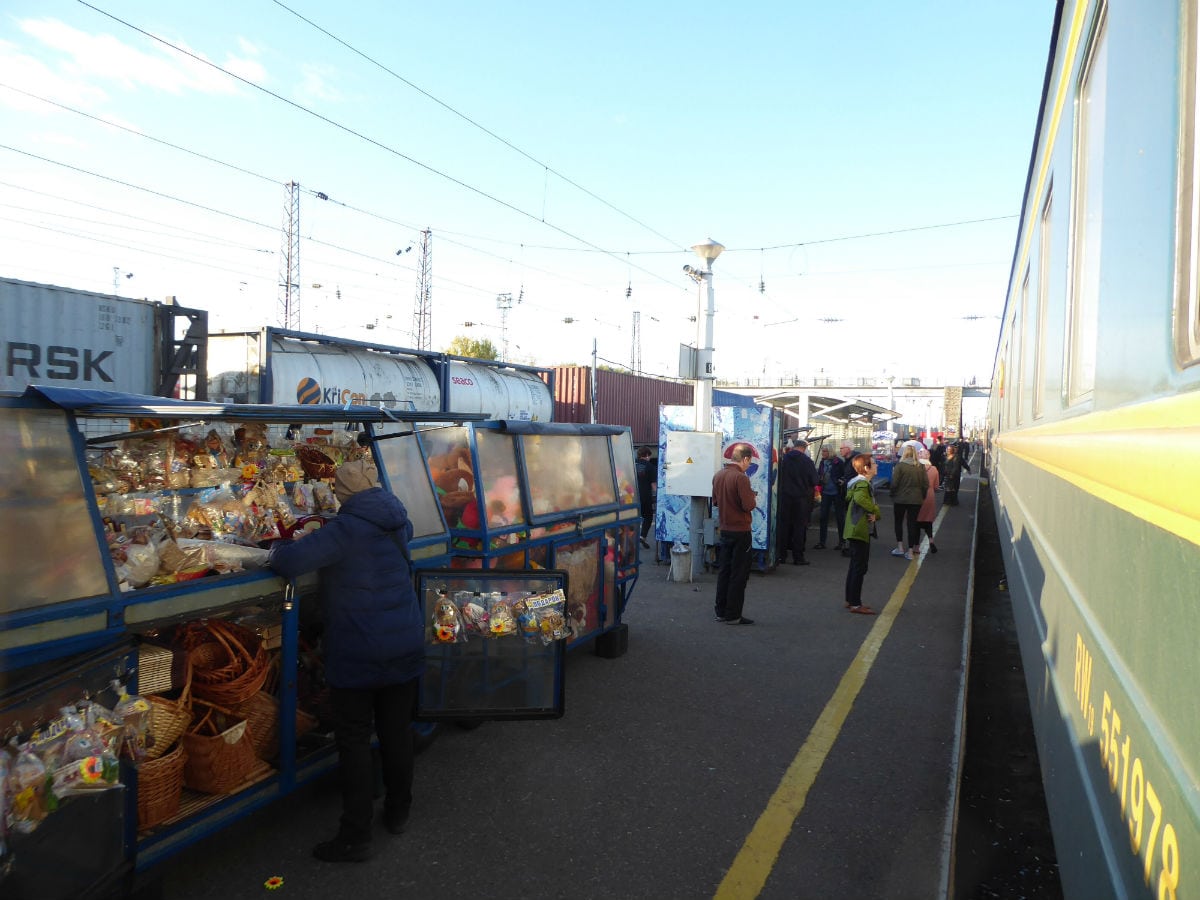 They set off from Oxford station on Monday, September 18 and caught the Eurostar in order to travel across Europe, stopping off in Berlin and Belarus.

The couple then arrived in Moscow and boarded the Trans-Siberian railway for three nights and four days to travel across Russia into Mongolia.

And Phil said, despite it sounding like a long time to be aboard public transport, he and Emma were never bored.

“It seems like you could get bored easily, but you just don’t,” he said.

“There were also lots of other travellers on the train doing similar journeys to us, of all different nationalities, so after a couple of days you gel as a community.”

Phil and Emma then spent a couple of days trekking through the Golden Triangle in south-east Asia, staying in yurts and even horse-riding in Mongolia. 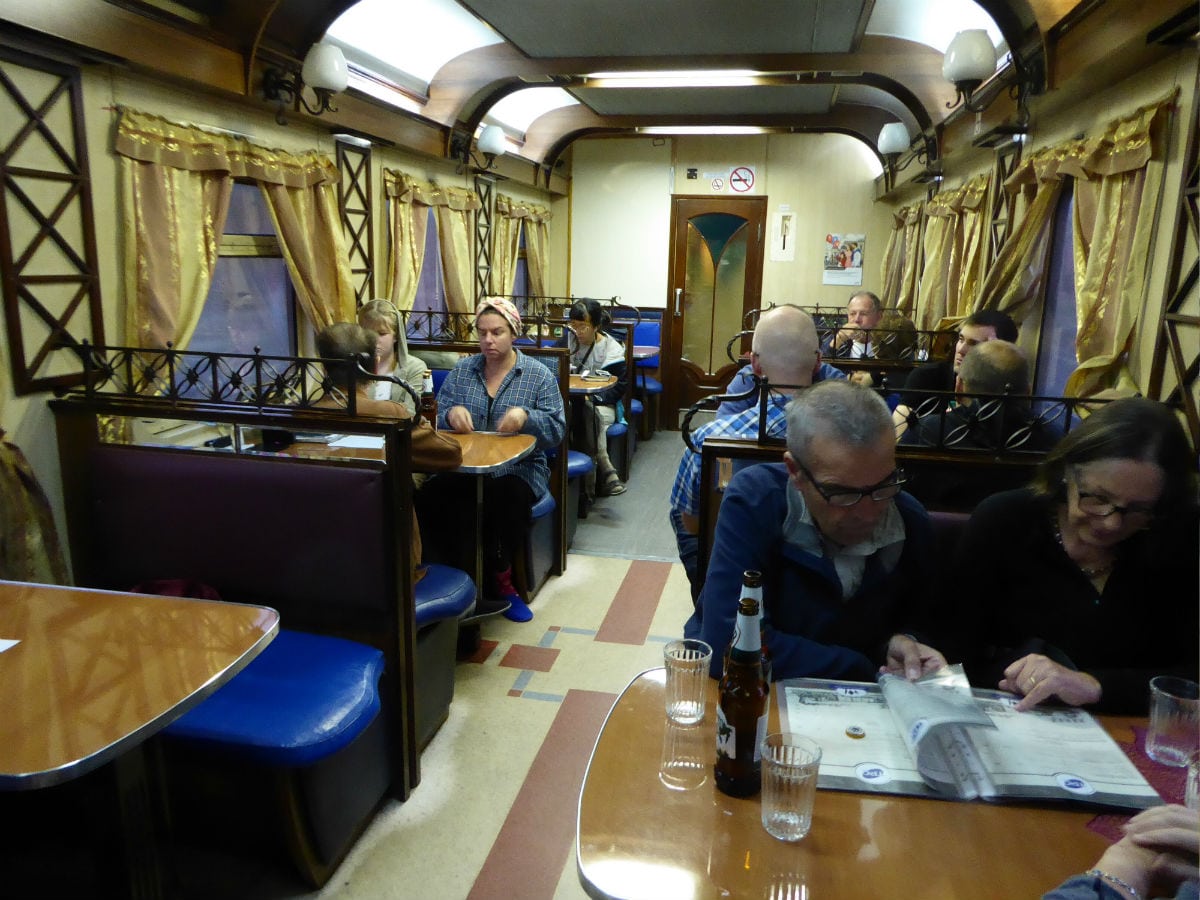 And Phil said that their eventual arrival in China was the highlight of the trip for him.

“China was a place that really, really impressed me,” he said.

“Everything is bigger and better there than everywhere else. There’s 3,000 to 4,000 years of history, of engineering projects. It’s mind-blowing.

“It calls itself a Communist country, but it’s actually one of the most Capitalist places you could go to.”

And Phil added that he and Emma were particularly taken by the efficiency of all the public transport they took.

“We were never late once, in eight weeks of travel. It was just superb,” he said.

To capture their expedition Phil, a fellow of the Royal Society of Arts, sketched some of their most treasured memories, from a Russian Orthodox Mass to the Hong Kong races.

He will now choose the best of his sketches as the basis for larger paintings, which he will work on in his Oxford studio.

And he said he and Emma are already planning their next adventure – but would like to keep it more low-key, in either Snowdonia or the Western Highlands of Scotland.