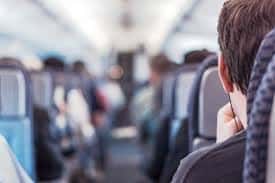 Frustrated fliers will have a new source of redress, as the Civil Aviation Authority (CAA) have announced plans for a new aviation ombudsman with greater powers to keep airlines in check.
Passengers who seek compensation for delays, lost luggage and mistreatment will be able to call upon the watchdog to mediate complaints through a “simple, efficient and effective” process, at low or no upfront cost.
The CAA, who previously handled disputes, announced that the new ombudsman will have more power than the CAA as airlines will be forced to comply with its findings. Until now, airlines were free to ignore CAA rulings, forcing consumers to seek compensation in court.
But a new EU directive requires an ‘alternative dispute resolution’ (ADR) schemes to handle complaints that aren’t sufficiently resolved by an airline’s internal procedure.
The CAA’s group regulatory policy director Iain Osborne said: “We are moving forward with these proposals to make sure consumers get the very best level of support when in dispute with an airline.
“It can’t be right that many air passengers have to go to court to get a concrete resolution to their complaint – especially when they can easily go to an independent ombudsman with an unresolved telecoms, energy or financial services problem.”
Airlines are expected to join ADR schemes voluntarily, though the CAA will seek legislative changes to make it compulsory if necessary.
Implementation of the ADR directive will begin in July.