Only 65% of trains arrived at their scheduled station stops within one minute of the timetable in the past 12 months. 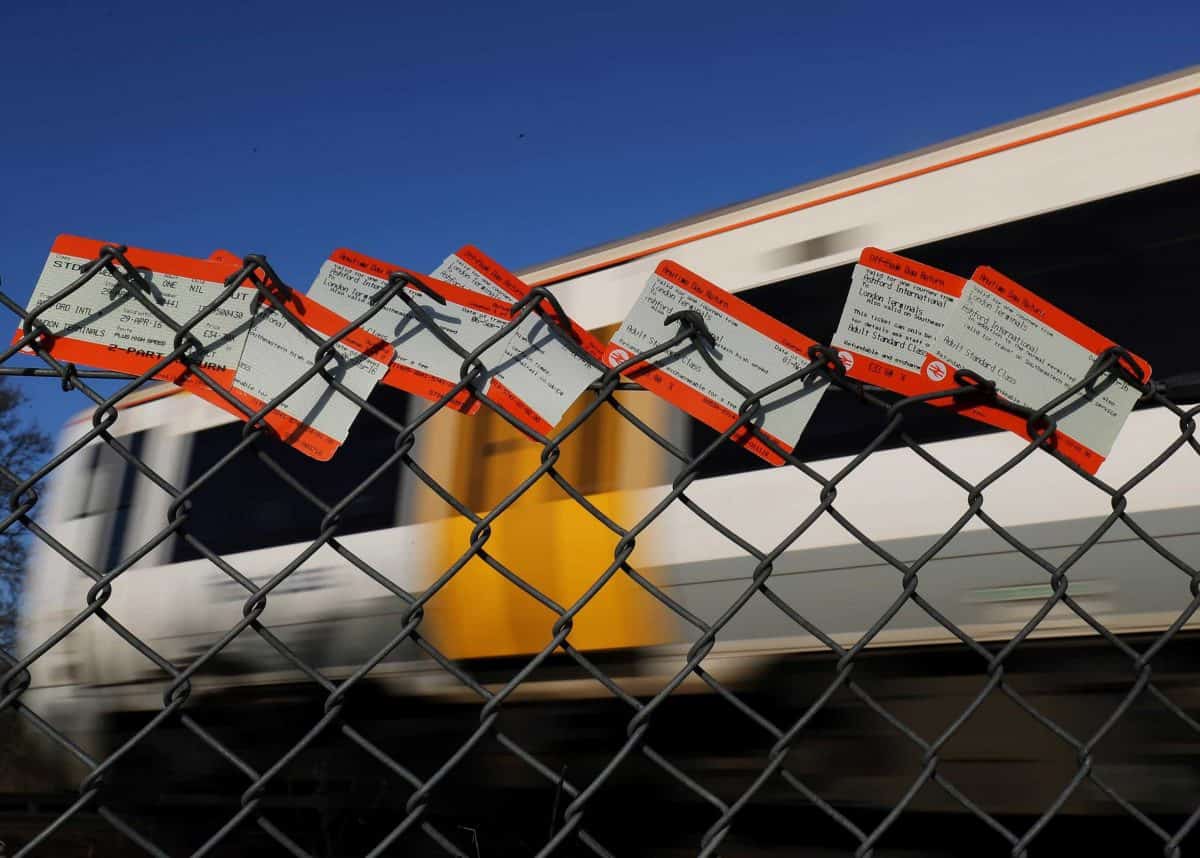 Labour has pledged to reveal a plan to deliver “affordable rail fares” after Britain’s train companies confirmed they will hike prices by an average of 2.7% next year.

Some long-distance commuters will see the annual cost of getting to work increase by more than £100 when the annual increase comes into force on January 2.

Fewer than half (47%) of passengers are satisfied with the value for money of train tickets, according to the latest survey by watchdog Transport Focus.

Labour’s shadow transport secretary Andy McDonald accused the Tories of being “the party of failed rail privatisation and soaring fares” as he claimed passengers “should see their fares fall in January, not another rise”.

He added: “Labour will soon announce plans to deliver affordable rail fares for all under public ownership.”

The party intends to bring the operation of trains back under state control when contracts expire, if it takes power.

Network Rail data shows that only 65% of trains arrived at their scheduled station stops within one minute of the timetable in the past 12 months.

Transport Focus chief executive Anthony Smith said: “After a year of patchy performance, passengers just want a consistent day-to-day service they can rely on and a better chance of getting a seat.

“As fares rise, passengers must make their voice heard and call on operators to deliver a better service. Passengers should claim compensation every time they are delayed to help offset the cost.”

Mick Cash, general secretary of the Rail, Maritime and Transport union, said passengers are being “fleeced thousands of pounds every year for the privilege of travelling in crowded, unreliable services”.

Office of Rail and Road figures show that since January 1995 – around the time the network was privatised – average fares have increased in real terms by 21%.

Paul Plummer, chief executive of industry body the Rail Delivery Group – which published details of the latest increase, said: “We understand that no-one wants to pay more to travel, which is why train companies have for the third year in a row held the average fare increases below inflation while still investing to improve journeys.

“Passengers will benefit from 1,000 extra, improved train carriages and over 1,000 extra weekly services in 2020.

“The industry will continue to push for changes to fares regulations to enable a better range of affordable, mix and match fares and reduced overcrowding on some of the busiest routes.”

The increase in around 45% of fares, including season tickets, is regulated by the UK, Scottish and Welsh governments.

This is predominantly capped at July’s RPI inflation figure, which was 2.8%.

Other fare rises are decided by train companies.

Passengers will be able to check fare rises for individual journeys on train ticket websites from Saturday morning.