There’s something special about seeing someone in cabin crew uniform. Like when you see a flight attendant striding through the airport and you stop and stare. But how have cabin crew uniforms changed over the years? With London Fashion Week starting tomorrow, TLE decided to take a look at how style above the clouds has evolved […]

There’s something special about seeing someone in cabin crew uniform. Like when you see a flight attendant striding through the airport and you stop and stare. But how have cabin crew uniforms changed over the years?

With London Fashion Week starting tomorrow, TLE decided to take a look at how style above the clouds has evolved since WW2. Take a look at these incredible pictures by Air New Zealand, which show cabin crew uniforms dating back to 1946.

Notice how the style and design of the uniforms were influenced by key events throughout time – going from military-inspired, post-war conservatism to the liberal, vibrant, patterned outfits of the 60s and 70s. 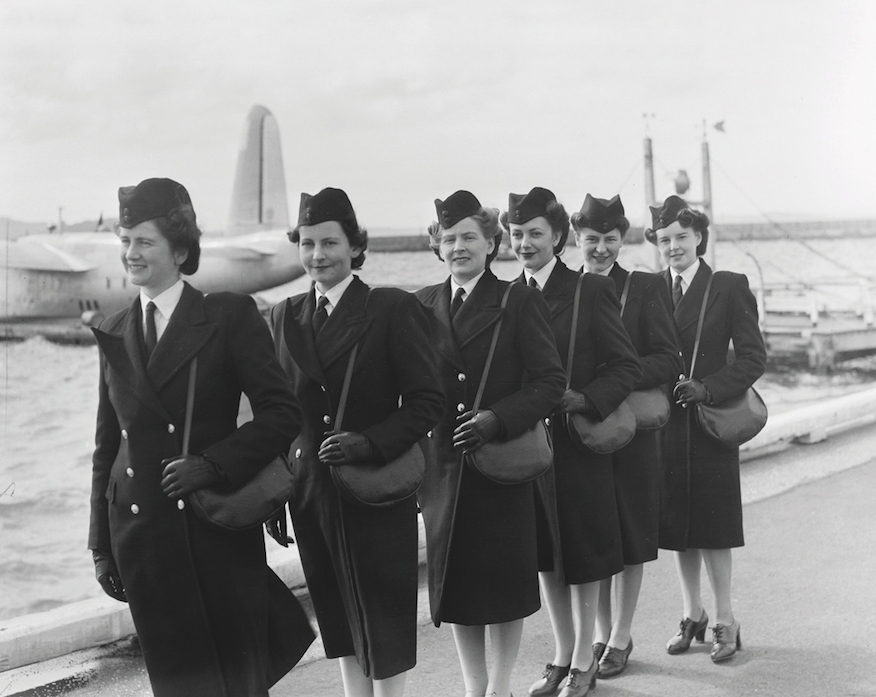 In 1951, TEAL started a flying boat service from Auckland to Tahiti (via Fiji and the Cook Islands) , which was known as the ‘Coral Route’. Retaining the military look, a single-breasted jacket and optional tie was introduced to the second uniform.

The uniform of the late 1950s was also heavily influenced by the post-war era with female cabin crew wearing what resembled a ‘nurses’ outfit – clean, white and clinical. Outfits were, however, becoming slightly less conservative (shorter sleeves and skirts) and less aggressive-looking colours. 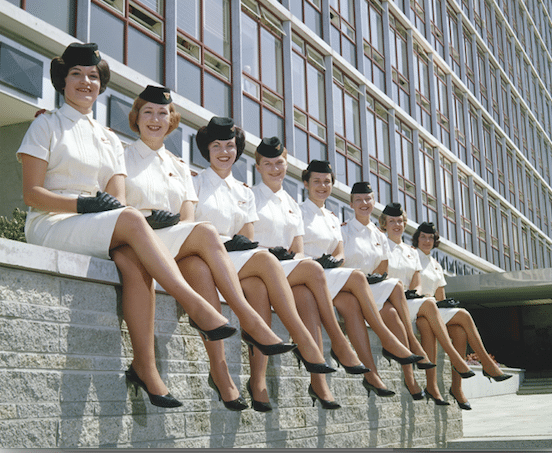 In April 1965, TEAL was renamed to Air New Zealand and continued operating solely international services. 1965 also heralded the beginning of the jet era for Air New Zealand, with the arrival of the first DC-8 jet aircraft.

Tailored, elegant and timeless, the teal-coloured suit was worn with a white blouse, leather gloves and a signature hat, and delivered a new level of sophistication.

Vibrant, fun, bold and colourful, the uniform of the 1970s reflected the age of liberalisation.

Air New Zealand staff wore short A-line dresses in a range of pastel colours including lilac, orange, pink and aqua. Each dress had a distinctive frangipani embroidered on the cuff.

Short A-line dresses were also favoured by NAC. These ‘lollipop’ or ‘jellybean’ uniforms as they were known were vibrant in bright lime green, pink and blue, and were worn with a distinctive helmet-shaped hat, knee-high white boots or black loafers.

Up until this era, the male uniform remained relatively unchanged, their uniforms resembling what pilots wore – black suits, white shirt and tie, and a peaked round ‘captain’s hat’. However, 1976 marked the introduction of a teal/green suit worn without the ‘captain’s hat’.

The current uniform, created by New Zealand designer Barbara Lee, was first introduced in 1992 and refreshed in1996 with the introduction of Air New Zealand’s Pacific Wave livery. The look delivered a new sophistication and contemporary image in the blue/green colours of New Zealand.