Vijay Gopala spent 17 years living in meditative silence - where he almost never spoke - and contemplated life from his shack in the middle of an Indian forest. 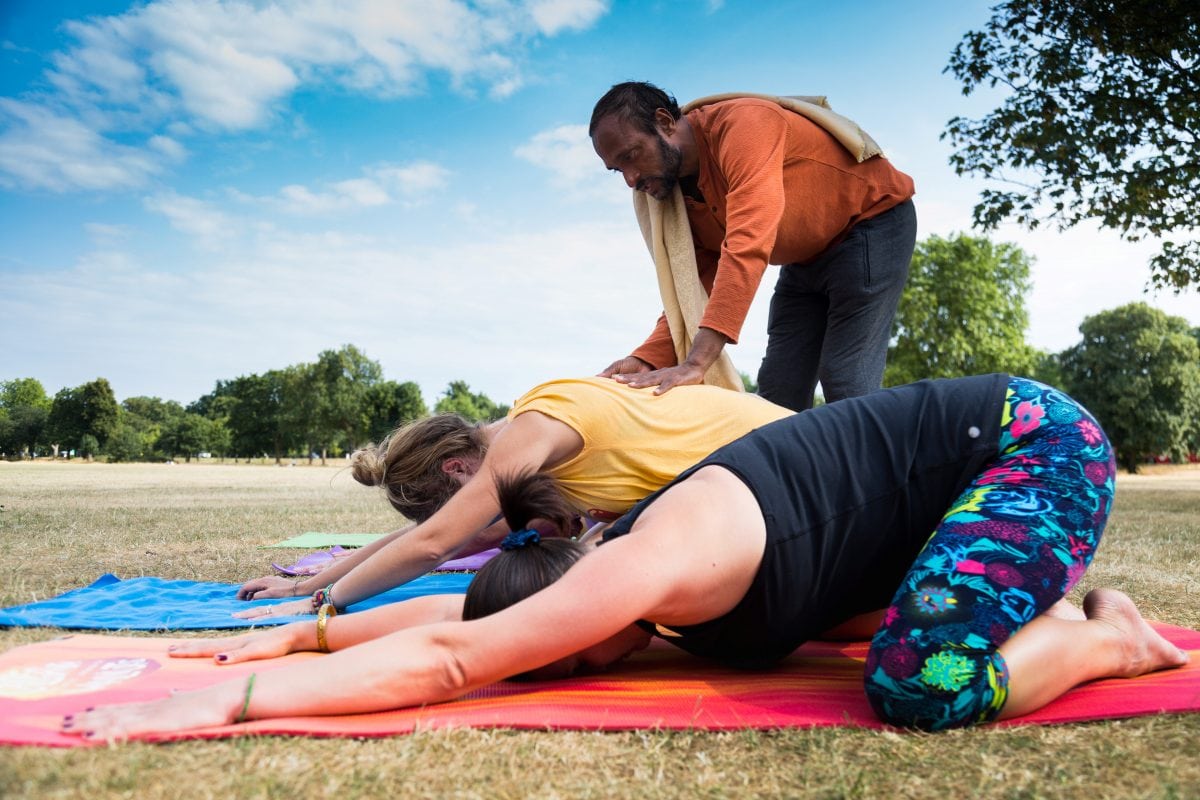 A spiritual guru who spent almost 20 years living as a silent hermit has left his isolated forest to travel the world – and teach people about yoga.

Vijay Gopala spent 17 years living in meditative silence – where he almost never spoke – and contemplated life from his shack in the middle of an Indian forest.

But now the 41-year-old is travelling the world to teach people about yoga because he doesn’t want to stop talking about it. 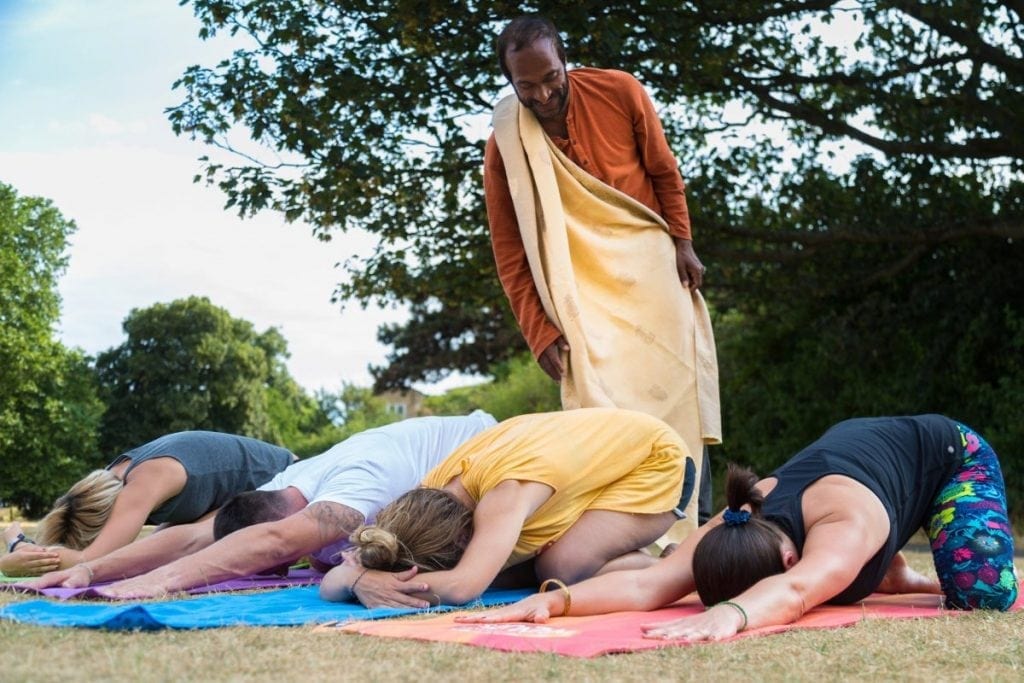 Vijay practices and teaches a form of Hindu yoga that dates back thousands of years and has its roots in Indian philosophy.

The yogi, who once completed two years without uttering a single sound, has been travelling the world teaching the discipline since he left his forest four years ago – but still nips back every now and again when he feels the spiritual need.

But Vijay, who was silent between the ages of 20 and 37, says he doesn’t feel the change in lifestyle is a big deal – because the silence has taught him to be ‘consistent’.

He said: “For me, I don’t think leaving the forest to travel the world is a big change.

“From the outside it seems like a big change.

“But in your own self, when you’re able to keep yourself consistent then outside, you don’t feel change.

And the yoga-purist says he can’t categorise the type of yoga he teaches, because his dates back to ancient times. 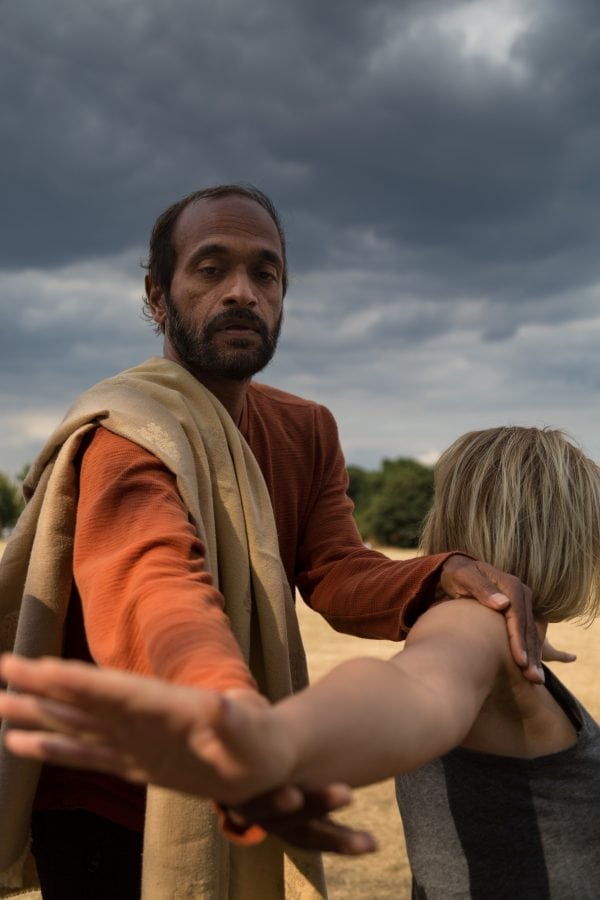 Vijay, who is as sprightly as a teenager, said: “Actually, different types of yoga are a recent development.

“For me, yoga is just yoga.

“We make reference from the classical books of Indian philosophy.

“It’s all explained in different books and dates back many thousands of years.

“People who can’t understand the classical type move on to the others.

“The type I teach is more authentic, it’s more than intense, it has a depth.

An expert in his field, Vijay said he first started studying the ancient texts as a child, and had finished reading them by the age of 14.

He said: “My father was a yogi.

“It runs in my family. 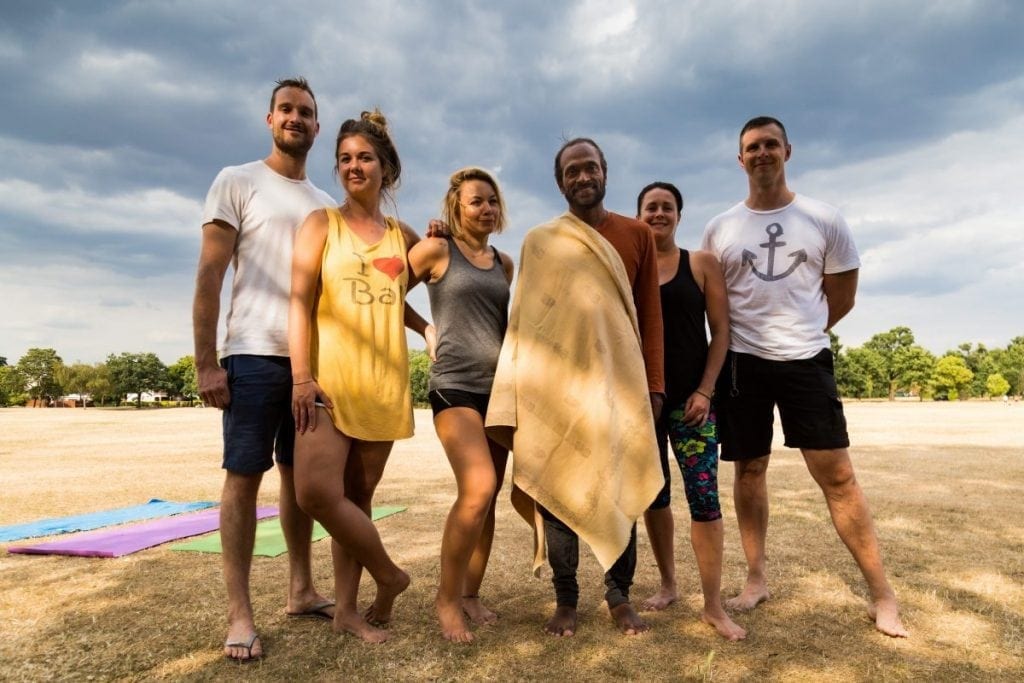 “From a very young age I was exposed to the subject and I read all the Indian philosophy I could by the age of 14.

“But when I turned 20 I decided that I needed some time to meditate and reflect, so I moved into the forest to be at one with nature.”

Vijay, from Mysore, southern India, said his longest silent stretch of two years was ‘beautiful’ and made him ‘understand everything’.

He said: “I wanted to know about myself. It was beautiful.

“Silence means listening to every sound.

“There are two types of silence – one is just hearing all the things, but that is not a real silence.

“Where you feel fine with everything, that is a silence of contentment, of satisfaction.

“When I began to understand more and more of myself, every answer of life is there in one’s self, so I wanted to spread that message.”

He claims communication was never an issue during the silences – because he lived in a hut in a remote forest where he could survive on fruit and vegetables.

He said: “Normally during those periods you have less needs.

“I used to eat more fruit and vegetables. 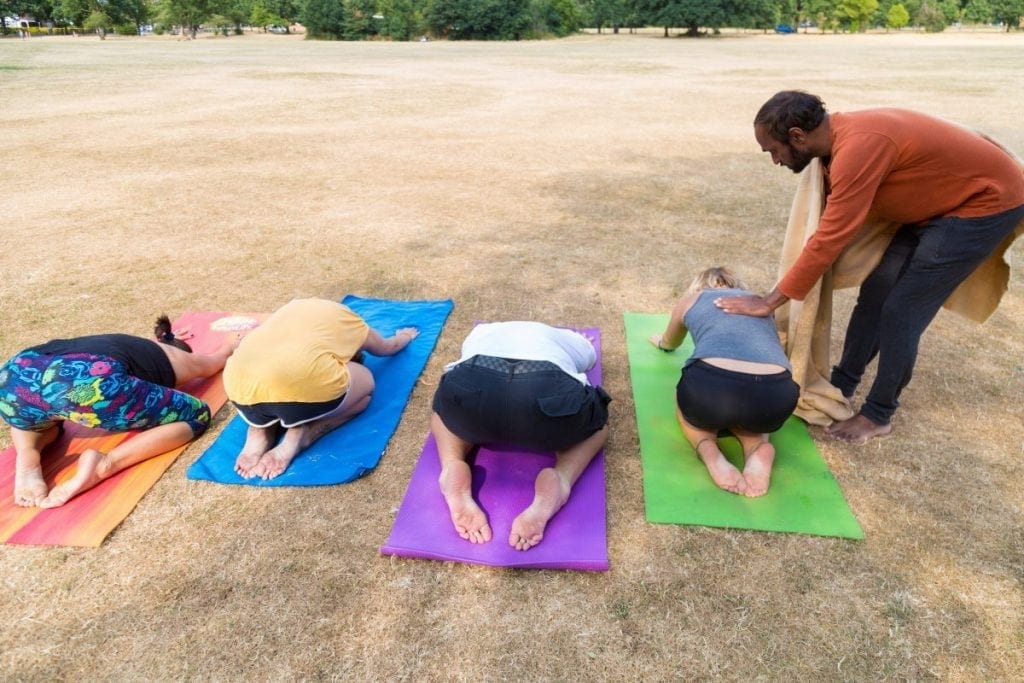 “I rarely had need to say anything.

“Once in a while, people used to come and bring fruit for me.

“It was at a remote home in a little forest.

“Most of the time I was completely alone.

“Sometimes neighbours, who lived kilometres away, used to come around.”

Last week he appeared at the World Yoga Festival in Reading, and is currently enjoying an intensive meditative yoga retreat in Brighton, East Sussex, after visiting dozens of countries on his latest tour.

His next yoga tour will take him to The Americas.