By Joey Tyson There’s a sense of complete calm out in the middle of a fjord. Gliding along in a kayak among towering cliffs and thundering water falls, the only real sound is the soft white-noise of distant cascading water and the slosh of my oar as it propels the little vessel forward. It’s remarkably peaceful, […] 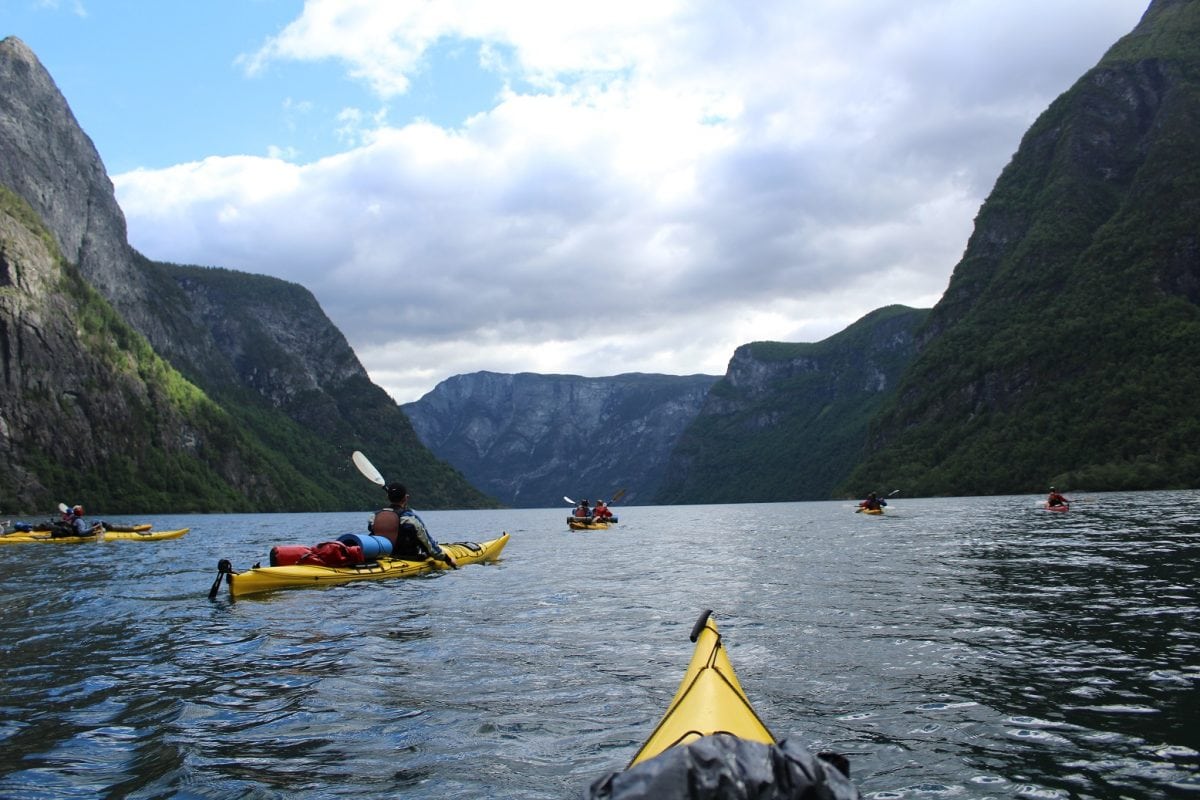 There’s a sense of complete calm out in the middle of a fjord. Gliding along in a kayak among towering cliffs and thundering water falls, the only real sound is the soft white-noise of distant cascading water and the slosh of my oar as it propels the little vessel forward. It’s remarkably peaceful, almost zen-like.

Fed by the icy waters of the North Sea, the mighty Sognefjord, which at 204km long is the second longest fjord in the world, spreads out for miles across the country’s south-west like a colossal vein. It acts like a huge artery for other, smaller fjordarms and is one of the most popular places to experience these dramatic waterways.

The fjords themselves were forged during the Ice Age by receding glaciers; the vast chasms of space left by the melted ice have become a hub of adventure for travellers seeking the great outdoors. It does not come much greater than this.

Everywhere I look, the views are overwhelming. Soaring mountains, their cliff faces covered with wild forest and smattered with jagged boulders, climb up from soupy emerald depths either side of me. From above, countless waterfalls stream down from the cloud-shrouded tops, slicing through the rock, the water rushing to complete its never-ending race to the bottom. This is pure, unfiltered nature. Raw and untameable. Besides the calm and the surroundings, the most striking thing about Norway’s fjords is the space: apart from my group of ten, there’s barely another soul around. For some perspective, Norway is roughly a third bigger than the UK with around 60 million less people. If you are looking to get away from it all without venturing into to deepest darkest Siberia, this is the place.

While it’s not a complete wilderness but it is wild enough for an adventure. Tunnels painstakingly bored through thick chunks of rock connect the larger settlements of Western Norway’s fjords, but to get to the more remote parts, you cannot beat the freedom of a kayak.

My kayaking tour (organised through Much Better Adventures) begins on the Nærøyfjord, a UNESCO heritage site and one of Norway’s most magnificent fjords. The plan is to paddle from the tiny village of Gundvangen into the heart of the fjordarm towards Undredal, an even tinier settlement at the Aurlandsfjord, 20km down river. The journey will take over three days at a leisurely rowing pace. First though, I need to work out how to steer this kayak properly. Inside its yellow plastic hull, special pedals help move the rudder. Push down right, you go right. Push left, and, that’s right, you turn left. On the surface, it should be easy. However, more than once I end up coasting in the wrong direction, wobbling precariously as I dig in with my oar to correct the course.  After a bit of paddle practice, I start to get the hang of this kayaking malarkey and we’re away.

The deeper we get into the Nærøyfjord, the more remarkable it becomes. Sweeping blankets of mist shroud the mountain tops and in a matter of minutes gigantic cliffs become hidden from view, only to be revealed again moments later as the fog passes on.

At its narrowest, the fjord shrinks down to just 250 meters, while at its widest it spans almost one kilometre across. We pass remote settlements and farms, a way of life that represents Norway’s rural, agricultural past, although nowadays only a handful are occupied all year round.

Just as we arrive at the grassy embankment that will act as our camp for the next two nights, the heavens open. We erect our tent in the rain, a kind of baptism by moisture, and while we struggle to keep the inner layers dry, our guide Becki informs us that rain is all part of the fjord package – apparently, if you don’t get wet in Norway, you haven’t really experienced the country properly. Once the tents are up, the rain inevitably stops and we pitch up around the camp fire for a simple meal of pork and rice. The night passes much like the day did, with zero stress amid immense scenery. Beer in hand, I watch a seal play in the eerie midnight sun, thinking to myself how strange it must be to live in a place where the summer days never end.

The next day we trade water for walking, hiking to the top of the fjord. It’s an ascent of 1,200 metres from sea level. The hike starts from Dyrdal, a small hamlet community only accessible by boat.

To get a real sense of just how epic fjord landscape is, trekking is essential. The scenery shifts quickly as we climb higher, the fjords giving way to sweeping valleys, marshes and mountain lakes. Every so often, we come to a group of tiny wooden huts, deserted at this early point in the summer. Soon, they’ll make for hiking bases for holidaying Norwegians. For now, they are empty and their silence adds to the calm.

After two hours’ hiking, mostly uphill, our guide lets slip that many turn back at this point. We’ve walked two-thirds of the distance but only one-third of the time – the next climb makes the first bit look like a gradual slope. It takes us nearly an hour of climbing up near-vertical boggy tracks to reach the top. Moving out of the treeline, the world becomes lunar and in an instant, we’re in monochrome: ash-grey scree and snow replace the green and browns of the valley. Norway’s famous rain holds off and we see the fjord from above. It looks like a huge tear in the rock. The water below appears so still it could be frozen but for the tiny ripples made by a local ferry. The same boat passed us multiple times yesterday, a colossal mass of metal compared to our small kayaks. From here, it looks like a toy.

Besides our small group, there is no one to be seen. I’m not jostling through a crowd for space to see the view and there is not one selfie stick in sight. The wind whips up from the valley below, howling through the rocks like a banshee. Other than that, it is cathedral quiet. The group sits in the subdued silence that only genuine awe can evoke.

On our final morning, we row to the end of the Nærøyfjord where it connects to another, the Aurlandsfjord, like a gigantic natural junction. As we paddle, I crane my head around repeatedly, trying to take in as much as possible before we reach our final stop Undredal. All too soon, we arrive, and we haul our kayaks ashore. The Norwegian fjords are a truly extraordinary part of the world, easily one of Europe’s greatest landscapes. To see it in person, so vast and imposing, is special enough, but move through it of your own volition, from its placid waters up to its clifftop viewpoints, is just something else entirely. After three days of kayaking and hiking, I’m left with a feeling of genuine connection with this remarkable place and a calm that I know won’t be easily replicated.

The kayaking and wild camping tour can be arranged through Much Better Adventures at £450. All meals are included. 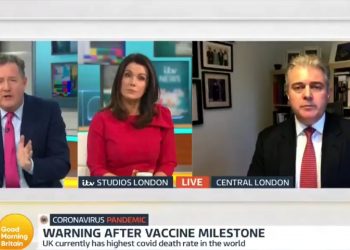