By Shilpa Ganatra We worry about travellers who go to far-flung spots only to eat in restaurants which have laminated menus written in the most popular languages. Veer away from the main tourist drags, and there’s a wealth of culinary choices unique to each destination. For the more adventurous, stumbling across a hidden find, or sampling […] 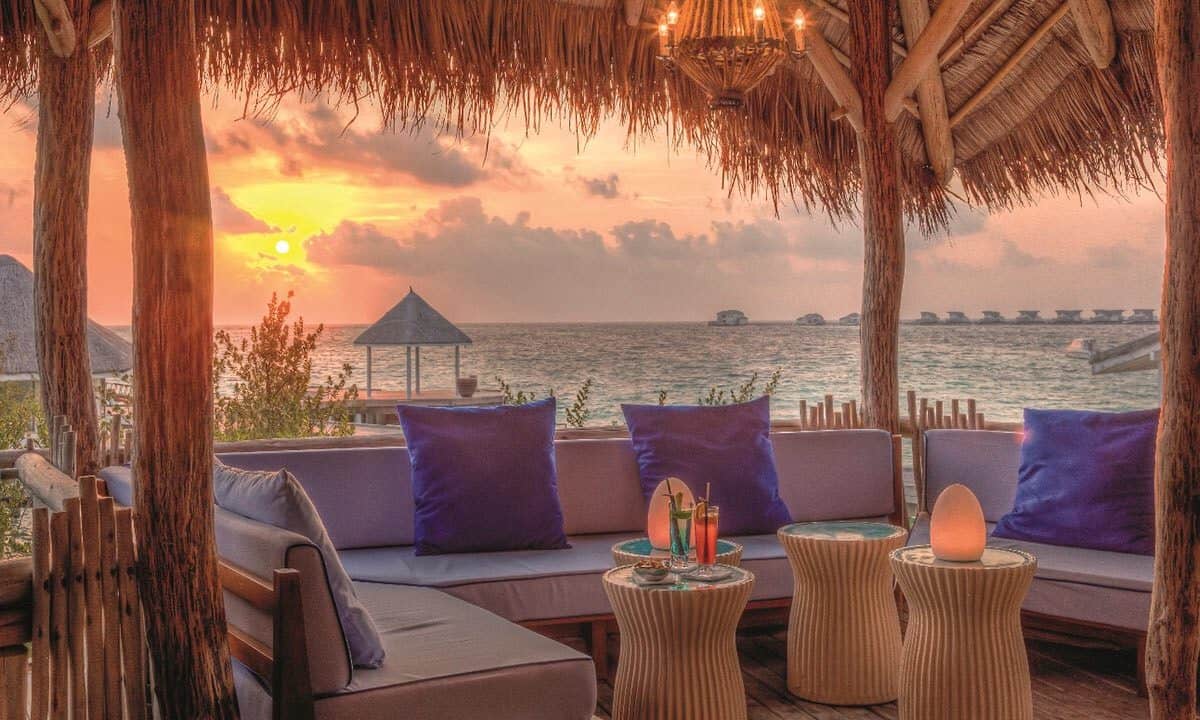 We worry about travellers who go to far-flung spots only to eat in restaurants which have laminated menus written in the most popular languages. Veer away from the main tourist drags, and there’s a wealth of culinary choices unique to each destination. For the more adventurous, stumbling across a hidden find, or sampling a dish that was previously unheard of, or dining with wondrous views, is often the aspect they’ll remember decades later.

Across the globe, creative restauranteurs have used their smarts to create some very unique dining experiences – here are five of the best.

1. The most unexpected setting for a restaurant: The Treehouse at Viceroy Maldives

Forget cocktails in a hammock, now you can have lunch in a tree! Perched off the ground to catch the cooling breeze coming off the Indian Ocean, The Treehouse at Viceroy Maldives lures guests with its selection of hot or cold mezze, perfect for a delicious lunch. The Treehouse is the perfect spot to sip a pre- or post-dinner drink whilst watching the sun set over the Indian Ocean on the comfortable loungers and cushions.

2. Dining in the Wilderness at Gstaad Palace’s Walig Hut, Switzerland

Only accessible in the summer, this charming yet luxurious hut was built in 1786 and was home to the farmers in the summer when the cows were brought up to pasture. Whether for a picnic style lunch or intimate dinner, the beauty and calm of the surrounds capture the imagination making it hard to leave this magical spot. Lunch consists of a selection of homemade breads, local cheeses, cold cuts, wild berries and irresistible desserts accompanied by rich coffee and local wines.

3. Michelin-starred dining and sightseeing by boat with The Dylan’s Vinkeles on the Water, Amsterdam, the Netherlands

Ask any Amsterdammer and he or she will tell you: the best way to glimpse the true beauty of the city with its quaint corners and leafy alleyways is from a boat ride through the city’s famous canals. The Dylan’s Vinkeles on the Water, a floating extension to The Dylan Amsterdam’s Michelin-starred restaurant offers hotel and restaurant guests the opportunity to hop on board for a culinary experience like no other. You and a maximum of three guests will tour the canals, whilst the chef will prepare and serve his award winning dishes for breakfast, lunch or dinner on board.

Originally a private residence built in 1910, Ett Hem is now an impeccably styled twelve room townhouse hotel, situated in a peaceful, residential area of Stockholm: a tranquil home away from home. ‘Our Kitchen’ at Ett Hem encourages guests to do as they would do in their own kitchen, helping themselves to a snack or a drink in the kitchen at any time, day or night. There is no specific restaurant, Ett Hem prides itself on welcoming guests to dine in their room, in the library, in the Greenhouse or in the courtyard. The chefs visit a local farm to source the products and will really mastermind any culinary delicacy a guest may ask for, much like one may do in their own home.

5. Enjoy a mystery meal at the Ogori Cafe, Kashiwa, Japan

In Japanese, ‘ogori’ means to buy someone else a dining course – the food equivalent of getting a round in. The Ogori Cafe takes it to a new level, as diners order for the next person in line, and receive what the person in front of them picked and paid for. It means that you could be getting a huge meal for the price of starter, or your least favourite meal while the person after you gets the tasty stuff. At the very least, it’s something to write home about.