Our hectic London lifestyle doesn’t stop when we go abroad. Latest figures indicate that three in five of us check Twitter every day while on hols, and depressingly, half of us check work e-mails, with a third admitting that they regret it. We’re in serious danger of changing the dynamic of holiday – instead of […]

Our hectic London lifestyle doesn’t stop when we go abroad. Latest figures indicate that three in five of us check Twitter every day while on hols, and depressingly, half of us check work e-mails, with a third admitting that they regret it.

We’re in serious danger of changing the dynamic of holiday – instead of getting away from it all, holidays now equal checking our phone on a beach rather than on a sofa.

It’s a habit that’s hard to break, particularly with low-cost data roaming and most worringly, the availability of wi-fi – which leads to lovely non-conversations while enjoying dinner at an amazing local restaurant in the depths of Kampala, as it’s ‘allowed’ if you haven’t checked your phone for an hour. Way to enjoy our once-in-a-lifetime experiences.


The answer? Digital detox holidays – amazing experiences which won’t be semi-ruined by reading emails detailing everything that’s gone wrong at work in your absence (because, of course, work will fall apart without your eagle-eye and sound judgements).

With the help of worldexpeditions.co.uk, we’ve put together a list of the furtherst-flung places that will leave real life back where it belongs.

Mongolia: Great Gobi Desert
The Great Gobi Desert is one of the last few wildernesses on earth that draws in the most avid travellers, witnessing its unique and untouched features such as windswept sand dunes, ancient dinosaur relics, while at the Valley of Yol you will find solid ice formations even in the heat of the Mongolian summer.

This unique trekking and camping itinerary was developed with locals – people intimate with every corner of the places you will visit. In true nomadic style we ride through the desert on camel back and of course spend a few nights at an original ‘ger’ camp!
– Gobi Traverse (15 days) departs May-September, from £2,150 per person

Ethiopia: Simien Mountains
Contrary to popular belief, Ethiopia is not just a desert landscape but a mountainous region: massive erosion over the years on the volcanic plateau has created jagged peaks, which slope dramatically down to the grasslands and wide valleys.

The remote trails to the upper flanks of the Simien Mountains combine superb wilderness with enormous cliffs and dramatic escarpments and you can spot unique wildlife, such as the endangered walia ibex and the rare gelada monkeys (also known as ‘bleeding heart baboons’), which live only in Ethiopia’s high mountain meadows.
– Highlands of Ethiopia (17 days) departs October-February, from £2,150 per person

Ecuador: Galapagos Islands
Few places in the world can rival the Galapagos as a prime wildlife destination. Well over 500 miles west of continental Ecuador, the isolated islands represent a spectacular and striking world of volcanic landscapes and fearless animals.

No wonder Charles Darwin developed his ‘Theory of Evolution’ on this wildlife sanctuary – more  than 875 species of plants and 289 types of fish can be found at this Pacific Ocean archipelago of untamed beauty. Accompanied by a specialist naturalist guide, snorkel with sea lions, search for giant tortoises and see iguanas basking in the sun!
– Galapagos Islands (8 days) departs every Wednesday year round, from £2,390 per person

Russian Far East: Kamchatka Peninsula
The Kamchatka Peninsula is the most volcanic area of the Eurasian continent – the land here is still being formed. This new remote trek is designed for those who have been everywhere else and prefer to get well off the beaten path.

Antarctica: Ross Sea
The Ross Sea is one of the most remote regions in the world, only accessible for two months each year, when the ice thaws. The ultimate polar voyage to the very heart of Antarctica, it pulls together the history of Scott, Amundsen and Shackleton, linking all of the great Peninsula Explorers.

Discovered by Sir James Clark Ross in 1842, it was to the Ross Sea that many of the most famous explorers and adventurers came. This itinerary visits five historic huts, capturing the spirit of their epic historical achievements in a region that is the breeding ground for millions of emperor penguins.
– Ross Sea Explorer – In the Footsteps of Scott and Shackleton (29 days) departs in January-February, from US$20,000 (approx. £12,930) per person. 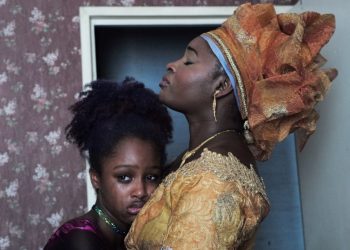