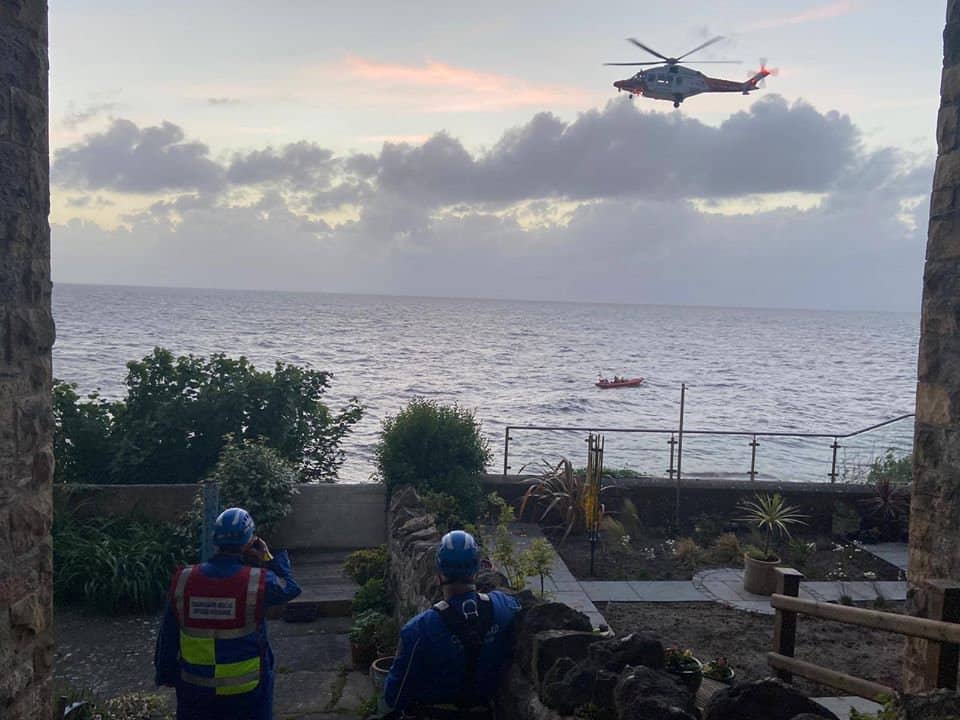 A covidiot day tripper travelled more than 100 miles to visit the seaside – before being rescued by helicopter when he got cut off by the tide.

Authorities later confirmed that the man had travelled from Birmingham to the coast when he got trapped by the rising tide.

Residents have since blasted the day tripper for making the journey.

People can travel as far as they want under current lockdown rules – although most local councils are still asking tourists to stay away to beat coronavirus.

The man became stuck on rocks below a row of houses after the notoriously tidal River Severn came in, the coastguard said.

Emergency workers quickly realised that the best way to rescue him was by air so scrambled a chopper from across the water in St Athan, Wales.

Posting on Facebook, Weston-super-Mare Coastguard Rescue Team said: “We were alerted to a person cut off by the incoming tide on the marine parade rocks at Clevedon.

“As this was likely to be a technical rescue, our flank team Clevedon Coastguard requested our assistance.

“On arrival it was discovered there was nowhere to place our stakes to facilitate the rescue.

“The OIC made the call for CG187, our helicopter based in St Athan to attend.

“Within 10 minutes that had scrambled, launched and arrived on scene.

“Lowering their winchman to the casualtie’s location took precise flying due to the close proximity of the houses.

“Safely secured the pair were winched to safety and taken to the waiting ambulance, where further team members had cleared a safe HLS (helicopter landing site).

“This was a massive operation with multiple agencies all working in close proximity while still attempting to social distance.”

The man was taken away in an ambulance after being dropped off at a nearby field, according to reports.

One resident, who asked not to be named, said: “[They] said he was from Birmingham. It’s exactly what we don’t want to happen.”

Another local, who also asked to remain anonymous, added: “It was quite dramatic. It seems as if this guy was walking and got cut off.

“It’s prats like this that are coming down here and ruining lockdown.”

A number of people praised the work of emergency services in saving the man on social media.