Millions of Brits never take a break from social media – even when on holiday, according to new research. A third confessed they spend more time on Facebook, Twitter and Snapchat while away than talking to their travel companions. Women are most likely to upload selfies in front of famous landmarks, while men prefer to broadcast […] 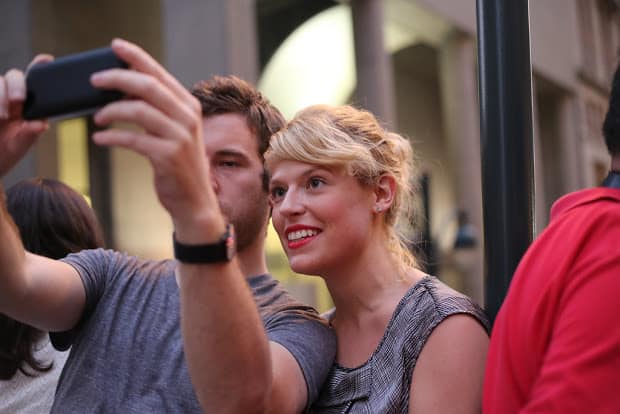 Millions of Brits never take a break from social media – even when on holiday, according to new research.

A third confessed they spend more time on Facebook, Twitter and Snapchat while away than talking to their travel companions.

Women are most likely to upload selfies in front of famous landmarks, while men prefer to broadcast adventurous activity updates.

The average Brit uploads 27 photos during and after a holiday, according to a poll of 2,000 people.

The survey was conducted by Topdeck Travel to mark the announcement of the winner, Dylan Evans, who’ll present the second instalment of its Snapchat travel show ‘Topdeck Snaps’, kicking off this March.

Hazel McGuire from Topdeck Travel:  ‘’We know young people wish to stay connected while away, and can spend more time sharing their experiences via social media page as talking to the people they have travelled with.

‘’However, while staying connected is great, we encourage our guests make the most of their free time and experience new people and culture too.

‘End of January is the ultimate to plan for a holiday, with road trip in North America, or catching some sun down under currently topping Topdeck’s most popular trips.  ‘’

The most commonly uploaded holiday photos added to our social media timelines are selfies on the beach, the hotel room and the hotel pool.

Other people lazing on the sand and adventurous selfies are also favourite boasts amongst holidaymakers.

Women are more likely to share their photos of strange animals and flowers while men will post pictures of the receptionists and other hotel staff.

When asked why they post so much on social media while on holiday, 40 per cent of adults said it’s just because they like to let people know what they’re up to while one in seven confessed that it is purely to boast.

But the bragging begins before they’ve even got on the plane, as 41 per cent admit to broadcasting their holiday as soon as they book it.

But the amount of social media updates may come in handy as over a third admit they use social media to get inspiration for their own holidays.

The Topdeck Travel spokesman added:  ‘’Social media has such a big presence in our lives now and it’s a good way to keep in touch with people who don’t live nearby.

‘’You might have relatives who you don’t see very often, but by posting your holiday on social media, you can keep them up to date on what you’re up to.

‘’We all like to boast occasionally, and we don’t see any problems with getting excited and wanting to show others why.

‘’We believe that visual aids can help a lot more with selling a holiday – not just the words in statuses and tweets.”