RelatedPosts Mardi Gras like a local in Lafayette, Louisiana Trains, Pistes and Hydroelectricity: How To Have A Ski Holiday That Doesn’t Cost The Earth Eight of the best things to do in Guatemala Hotel review: Hôtel du Collectionneur, Paris The fourth and final British Airways aircraft in a heritage livery touched down at Heathrow this […]

The fourth and final British Airways aircraft in a heritage livery touched down at Heathrow this morning.

The Boeing 747 adorned the Negus design which was originally on the British Airways fleet from 1974-1980. Its arrival rounds off a nostalgic few weeks for the aviation community, with aviation enthusiasts having already been treated to a British Overseas Airways Corporation (BOAC) liveried Boeing 747, a British European Airways (BEA) Airbus 319 and a British Airways Landor 747, which have collectively flown to more than 30 destinations across the UK, Europe, Africa, the Middle East and North America.

The special series of designs have been introduced to mark British Airways’ centenary, as the airline celebrates its past while looking to the future. Alongside the heritage liveries, all new aircraft entering the fleet, including the A350, will continue to receive today’s Chatham Dockyard design.

The Negus-liveried 747-400, registration G-CIVB, entered the IAC paint bay at Dublin Airport earlier this month where it was painted with the first version of the Negus livery which adorned the British Airways fleet from 1974-1980, directly after the merger of BOAC and BEA and the formation of the airline that customers know today. The aircraft will head to Cape Town later today for its first commercial flight in its retro design.

Alex Cruz, British Airways’ Chairman and CEO, said: “Reintroducing four heritage designs in to our fleet has been an incredibly nostalgic time for us and our customers, we’re impressed at how popular they’ve been. In our centenary year it’s important that we celebrate our past, and we also have big plans to look to the future. I’m excited about what the rest of this year has in store.” 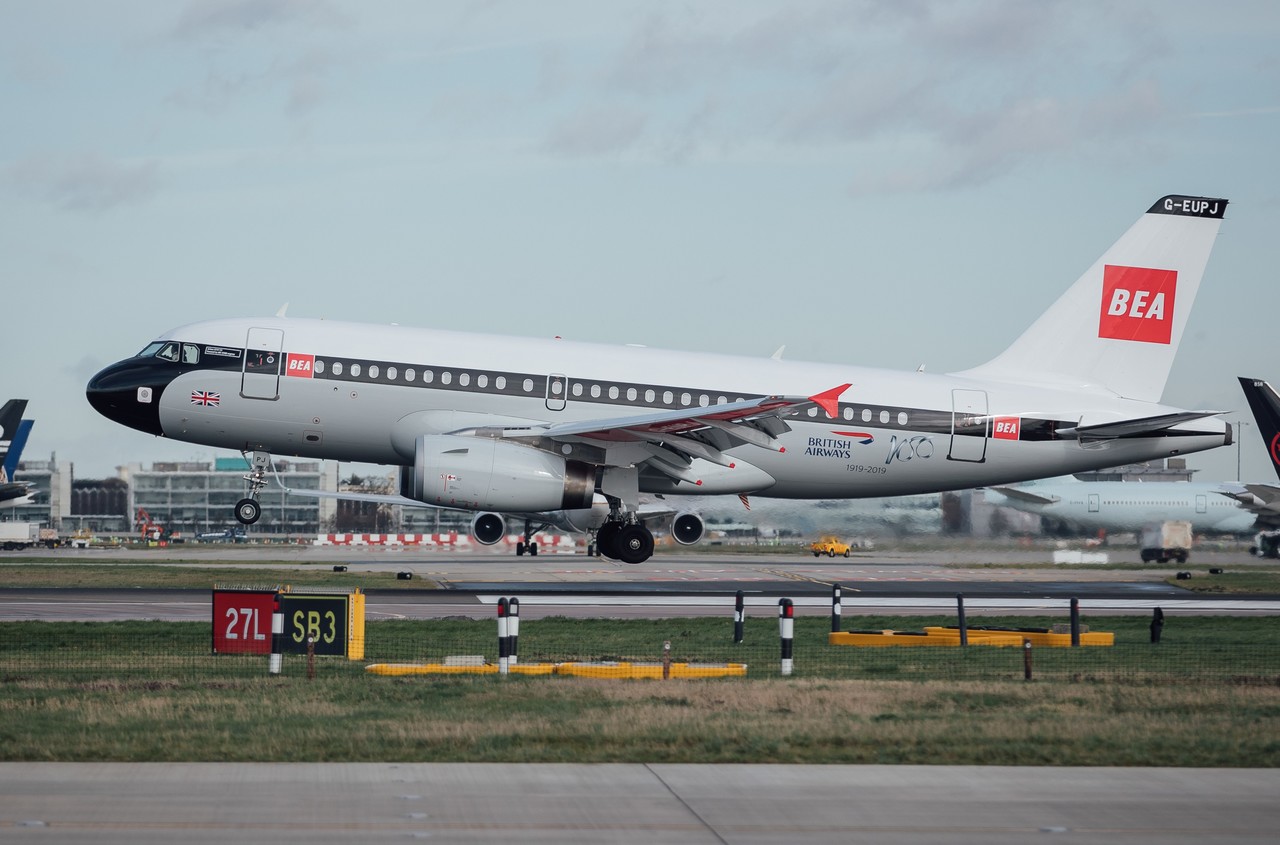