By Alex Kontos Alex argues that we need to think hard about the future of the internet “It’s not ok not to understand the internet anymore,” declared Martha Lane Fox in her Richard Dimbleby lecture in March. She is right. The internet is virtually omnipresent in our lives these days, from workplace email  to the […]

“It’s not ok not to understand the internet anymore,” declared Martha Lane Fox in her Richard Dimbleby lecture in March. She is right. The internet is virtually omnipresent in our lives these days, from workplace email  to the Netflix box-set binge.

However, “understanding the internet” goes much further than simply being able to work software. The tech sector is increasingly challenging some of our core assumptions around how the online economy works and how we live within it. As technology companies continue to explore the massive potential of an interconnected world, how we use with the internet could be changing in quite fundamental ways. Understanding the internet means understanding the implications of this change. Both good and bad.

Many of the cost savings and speed efficiencies of the internet are obvious. However, a major contributor to the rapid growth experienced by companies like Facebook, Amazon and Google has been the world wide web. The web, set up just 26 years ago by British computer scientist Timothy Berners-Lee, is the open system of websites, accessed via browsers, within which most internet companies have grown. A system built within the internet, the web has been the primary access point to the internet for most people over the last decade or so.

Crucially, Bernes-Lee ensured that the code upon which the world wide web was created was made free and open anyone who wanted to use it. The significance of this choice is hard to overstate. Because this one platform is available to everyone, for free, the world wide web is not only incredibly affordable, but there has been little need for a competing service. As a result, everyone who has become internet connected has employed the same, connected, platform. It has become possible for businesses with internet-based services to access virtually every consumer on the planet, creating by far  the largest single market the world has ever seen.

Tim Berners-Lee gave this gift of a free web and placed the ideals of freedom, openness and plurality at the heart of internet culture.

The result has been that a website which started life as a way for Harvard university students to arrange parties can grow into a company worth over $200 billion. Of course, the web doesn’t mean that every company will grow into a Facebook, but the same mechanism allows niche businesses to find a much more sustainable client base too, where there may not be a large enough client base in any one geographical area. It means that people from all around the world can share knowledge, products and jokes with virtually anyone, anywhere. It’s a system which has supercharged innovation and changed the face of our planet.

Having successfully utilised the open platform that the web provides, some of the largest tech companies now seem intent on kicking the ladder out from underneath themselves. Take, for example, Facebook’s initiative to “connect two-thirds of the world that don’t have internet access,”– Internet.org. The project, which utilised Facebook’s own closed system, not the web, has recently come under fire for proposing that only services which are vetted by Facebook will be available via the connection. This means that the American company would have an effective veto over what information the majority of people on the planet could view on the internet.

Largely because of their phenomenal success, companies like Google have become corporate beasts. In many ways their focus has shifted away from what their users really want as they pursue ever greater ad revenues and more data capture. Many people are becoming frustrated and are seeking alternatives to these Californian behemoths. There is a real need for fresh perspectives and new ways of doing things. Not to replace these giants, but to complement them, offering a genuine alternative.

This is why the web, and the humble browser, is so important. They allow new tech entrepreneurs to share ideas and new start-up scenes to flourish in places like London, Berlin and Toronto. The web is a massive, sometimes anarchic, open space, where people with great ideas can find an audience and build communities that couldn’t otherwise exist. When I first created my web browser, Waterfox, I was still at school. I would never have been able to afford the advertising costs to get my software noticed on Facebook or make it to the top of Google’s search rankings. Yet, because of the web’s open communities and culture of sharing, Waterfox now has almost five million downloads right across the world.

Another big technology giant, Microsoft, has completely overhauled their own web browser, now called Edge. Microsoft has made a significant attempt to bring innovation into the web browser, adding significant new features. Edge represents a significant investment from Microsoft, and indicates that the company clearly sees a place for the web browser in the years to come. Microsoft isn’t the only big name launching a new web browser offering this year either, with Samsung creating its own cross platform browser; Opera’s creators launching the new Vivaldi; and even the file sharing site BitTorrent joining the market.

The web browser isn’t just about the software we use to access the internet.  The message is clear, the freedom and diversity of the web is an incredible gift, but we can’t take it for granted. The conversation about who can access our data has already begun, but we also need to think carefully about what information we can access ourselves. Who is influencing what we see when we log on? That is why the web matters. 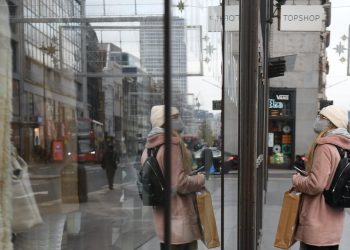