Audiences are more willing to listen to influencers than, say, a teacher or a co-worker. This attention-grabbing quality is a key component in advertising IT products 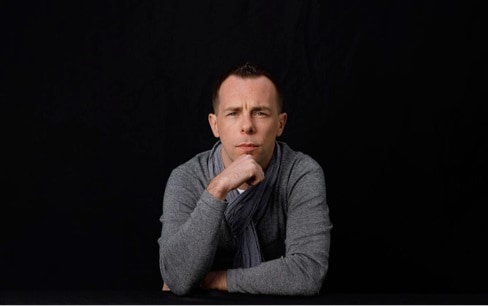 It’s no surprise that influence marketing has become an effective tool to get brands the exposure they need. With social media and online entertainment becoming more mainstream than ever, you can potentially reach out to millions with a single influencer deal.

Of course, there’s a lot more to it than just looking for the nearest influencer in town, and that’s where HypeFactory comes in. Here are some of the best tips to give you a general idea of what to expect when promoting IT products through influence marketing.

Arguably the most important aspect of influence marketing is knowing which influencer you should approach. There are countless influencers across many different social media platforms, and some might be better options than others. In general, though, you want influencers that are able to understand your product and convey that understanding well to their audiences.

Take Kaspersky’s Biometric Ring, for example. Not a product but a niche concept to which not many people would have access. Kaspersky has partnered with the 3D accessory designer, to create a unique jewelry piece – a special ring that has a printed artificial fingerprint pattern that can be used for authentication. With this unique biometric ring Kaspersky wanted to spark conversation about security of user’s digital identity through an innovative way.

Biometric Ring was produced in a limited amount, available for a limited number of people – as a concept to physically demonstrate the problem. HypeFactory advertised the jewelry piece on multiple channels, all of which focused on tech-based topics to some degree. The campaign reached over 1 million views with CTR rate of 0.2%.

The reason why this is important is that audiences are more willing to listen to influencers than, say, a teacher or a co-worker. This attention-grabbing quality is a key component in advertising IT products, as many of these products are not the easiest to understand or gain an interest in. This works especially well when the influencer actually understands the IT product, which allows them to better advertise it, improving the overall quality of leads.

While there are some influencers out there that cater to viewers and audiences from all walks of life, many influencers typically fall under a certain niche or specialty, which attracts a certain type of audience. This means, of course, that there are bound to be influencers that have the same target audience as you do, which gives you potentially direct access to a new market.

Now, you may think that this is self-explanatory at first. For IT products, you’d typically want to partner with tech-based influencers, right? While that can certainly work, it doesn’t have to be that cut and dried. You can be creative with your choices, as long as you know exactly who your target audience is.

A great example of this would be Kaspersky’s Safe Kids product. Kaspersky Safe Kids is an advanced parental control app that helps to protect kids from harmful content, regulate child’s activities, and shares expert advice and tips from child psychologists on online topics. The goal was to inform Kaspersky’s target audience on the importance of their children’s digital security.

While Safe Kids is certainly an IT product, it’s hard to imagine getting good results from partnering with tech influencers. A large majority of their viewer bases don’t even have children, which makes advertising to them useless.

Instead, HypeFactory decided to advertise the Safe Kids product through a family vlogging channel. The channel was by no means tech-focused, as it instead showcased the daily lives of a family. However, because it was a family vlogging channel, a good amount of the viewers of the video were parents. This resulted in 644 copies of Kaspersky’s Safe Kids free trial to be downloaded through that channel alone with the overall reach of 3.1 million.

Finally, it’s always important to remember that you don’t always have to aim for the biggest influencer in the block. While you’ll definitely get exposure through views, at the end of the day, what matters is getting your IT product sold, not known. And not all influencers have audiences that are as interactive or easily interested in IT products as others.

“Influencers with a huge audience are not a silver bullet. They can give you a good reach, but if you add smaller, niche influencers to the mediaplan you will have more balanced outcome in terms of all types of metrics”.

If, for example, you were to partner with PewDiePie, one of, if not the largest influencer on YouTube, you would definitely get millions of views worth of exposure, but it’s unlikely that you’ll get any relative success in terms of product sales. That’s because a large majority of the YouTuber’s viewer base are in their teens, most of which are too young to care about most IT products.

Influence marketing can be your ticket to get your product known to a much larger audience. It doesn’t come without its own risks, though, and in some cases, campaigns of this sort can even fail. But by working with the right influencers, targeting the right audience, and knowing that quality trumps quantity, you can make better decisions on who you should be looking to partner alongside.