The mobile device, called Identity Not Known Biometrics, or INK, can confirm a person's identity within a minute if they are on a police database

The Met Police is the first force to develop its own mobile fingerprint scanner that can identify suspects and offenders on the streets in 60 seconds.

The mobile device, called Identity Not Known Biometrics, or INK, can confirm a person’s identity within a minute if they are on a police database.

Police chiefs say the device will save both officer time and public money, as wanted offenders can be apprehended quicker – and officers can stay on the street longer rather than having to return to police stations for checks. 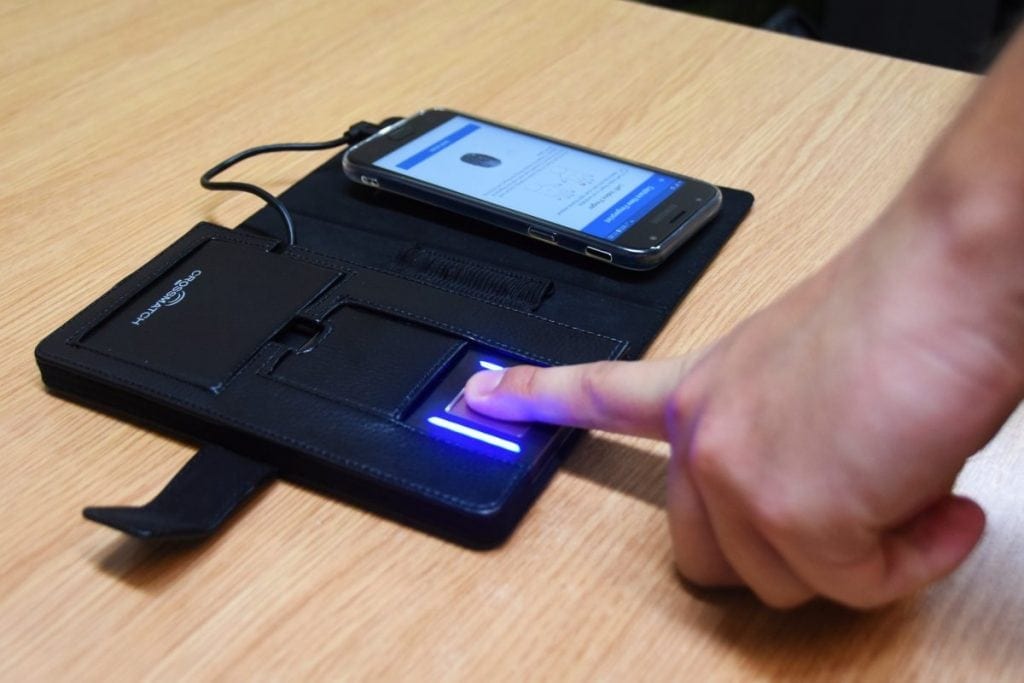 The fingerprint reader can be used with an Android smartphone to search through the Criminal Records Office and immigration enforcement databases.

Officers will also be able to check the Police National Computer to check if someone is currently wanted for any outstanding offences.

The technology was recently used to identify a man who had escaped a mental health facility in July.

Police say the 36-year-old had been running in the street naked in Bayswater, west London, while self harming with a razor blade.

The device was able to identify him, the mental health order he was under and additional information that helped officers on the scene.

In another case, two men were stopped while driving in Lambeth and gave officers false information. Their fingerprints were scanned and they were identified as being wanted for offensive weapon and burglary offences.

Police Sergeant Chris Snell, of the Met’s Violent Crime Task Force, said: “The INK device was able to give officers an accurate and rapid result helping them to process these individuals more efficiently, so that they could be back on the streets helping to protect London and removing potentially, violent criminals more quickly.”

Six times as many devices can be deployed in the capital compared to old technology used by the Met and other forces since 2012.

INK will save an estimated £200,000 in support costs per annum, the force claim and around 600 of the newer, cheaper kit will be rolled out in the next six months.

Met Police Commissioner Cressida Dick said: “I have always been clear in my ambition to make the best possible use of technology to fight crime.

“The speed of analysis of information that this device will offer, will drive effectiveness and efficiency and allow officers to spend more time in our communities and fighting crime.

“This new technology was developed from the ground up with the full involvement of our officers and as we move forward we need more people like them, to join us with their tech savvy, innovative thinking.”

“I am very proud we have become the first British police force to develop our own device. With the money we are saving, we are now able to provide more devices to more officers than ever before, saving them the time and inconvenience of either waiting for a biometric device to arrive or taking the suspect into custody.”