by SWNS
in Gaming, Tech & Auto

Addiction to online gaming changes the brains of men making them more impulsive – just like in drug addicts, a new study suggested.

Brain scans showed male online gaming addicts had a difference in brain structure and function which women addicted to gaming did not have.

In particular men had lower brain activity in the superior frontal gyrus, an area of the brain’s prefrontal lobe that is important to impulse control.

These brain alterations suggested gaming addiction only affected the brain function of men because their brain mature more slowly than women.

Dr Yawen Sun of Ren Ji Hospital, affiliated with the Shanghai Jiao Tong University School of Medicine in Shanghai, China, said: “Internet use is an integral part of the daily lives of many young adults, and a loss of control over Internet use could lead to various negative effects

“Our findings demonstrated that alterations in cerebral activity are observed in men with IGD, but not in women with IGD, and that the lower brain activity in the superior frontal gyrus in men with IGD may be associated with higher impulsivity.”

This year gaming addiction was listed as a mental health condition for the first time by the World Health Organisation.

The disorder refers to persistent or recurrent gaming behaviour so severe that it takes “precedence over other life interests.”

Gamers also show symptoms of withdrawal when not playing.

Previous research by Professor Andrew Przybylski at Oxford University suggested a third of gamers reported some symptoms of IGD.

Findings showed that a very small proportion of the general population of between 0.3% and 1.0% might qualify for a potential acute diagnosis of Internet gaming disorder.

While some evidence exists that IGD is more prevalent among men, there is little existing research on differences in the structure and function of the brains of men and women with the disorder. 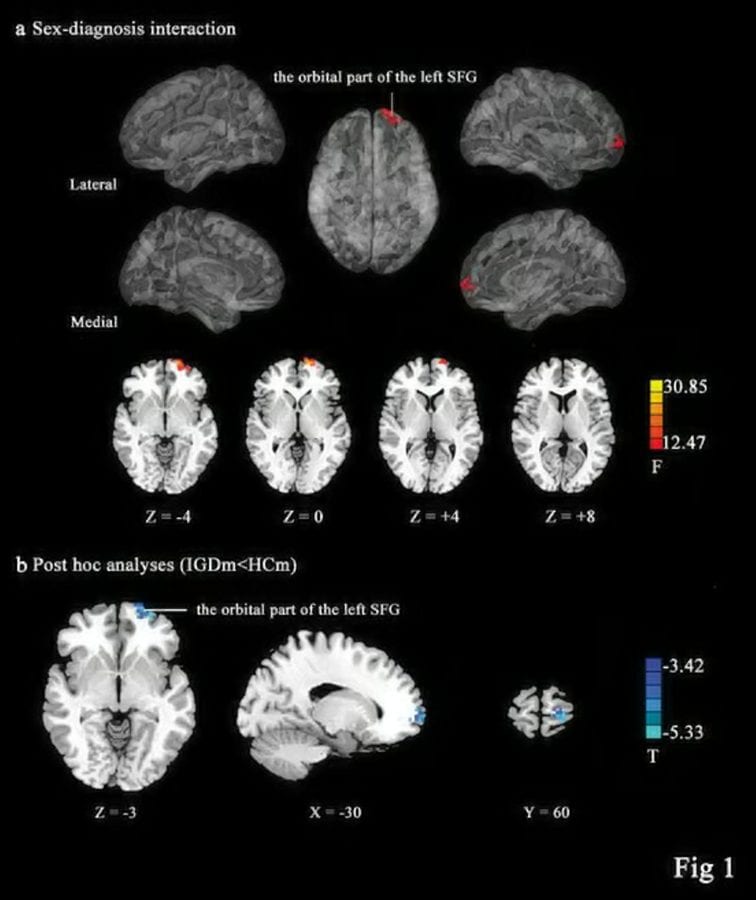 So 32 men and 23 women with IGD had brain scans when resting along with 30 men and 22 women who acted as a control.

The study looked at relationships between brain activity as seen on fMRI and scores on the Barratt Impulsiveness Scale-11, a commonly used test to assess behavioural inhibition.

For instance, the prefrontal cortex, which has a central role in executive function and inhibition, matures later in men.

“Given the role of inhibitory control in the initiation of IGD, young men may tend to experiment with pathological Internet use to a greater degree than young women do.”

The findings add to a growing body of literature linking the behavioural problems associated with IGD to those found in individuals with substance abuse issues.

Dr Sun said: “However, it remains unclear whether the brain functional and structural changes found in IGD are gaming-induced or precursors for vulnerability 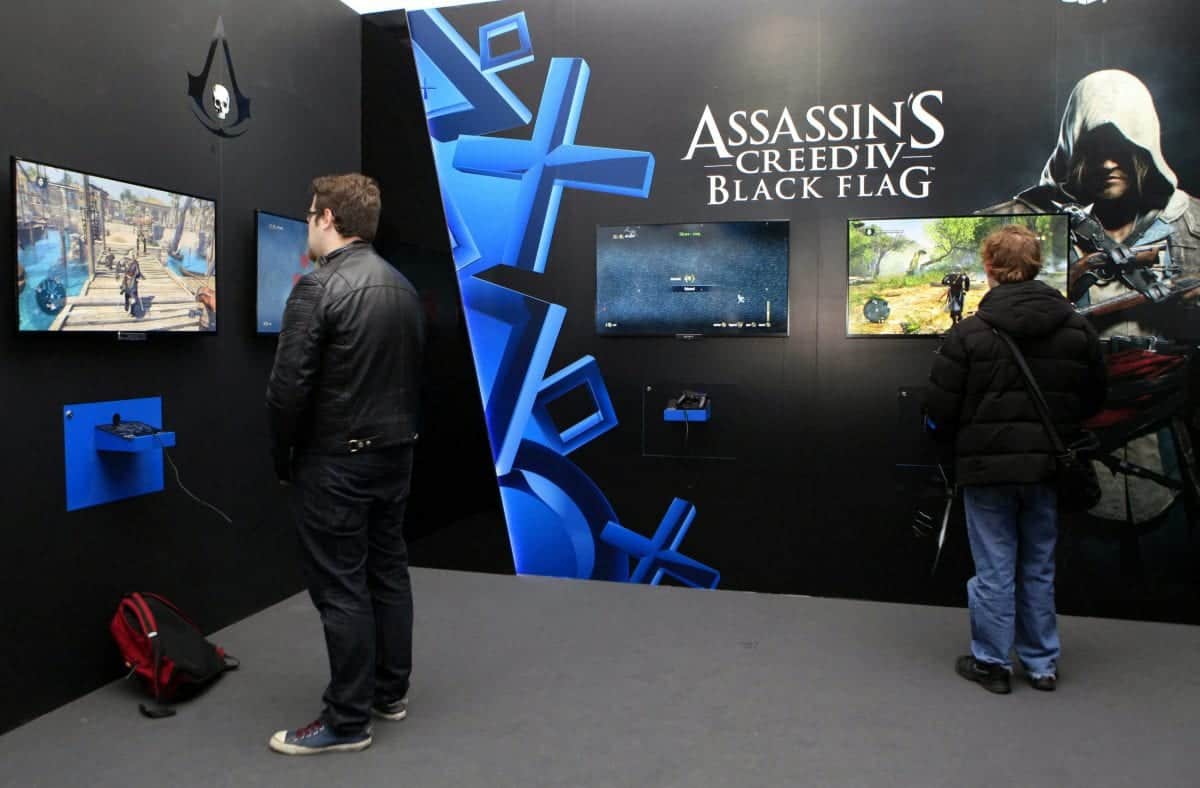 “I think future research should focus on using functional MRI to identify brain susceptibility factors relating to the development of IGD.”

Internet, or online, gaming has grown tremendously over the past decades into a billion dollar industry and includes social gaming, mobile gaming, and multiplayer gaming

Recent surveys reported there are more than 55 million online console gamers in the US and half of homes have a game console.

The study was presented at the annual meeting of the Radiological Society of North America (RSNA) in Chicago.