Last week I got my greasy mits on Nioh, the new ‘dark samurai fantasy’ from Team Ninja (the minds behind the  Ninja Gaiden series) and it’s safe to say the game has sunk into my conscious like so many poison shuriken. Twenty hours in, I’m traversing Japanese lands of legend, slaying Yokai (demons, scary demons) and yes, […]

by Grant Bailey
in Entertainment, Games 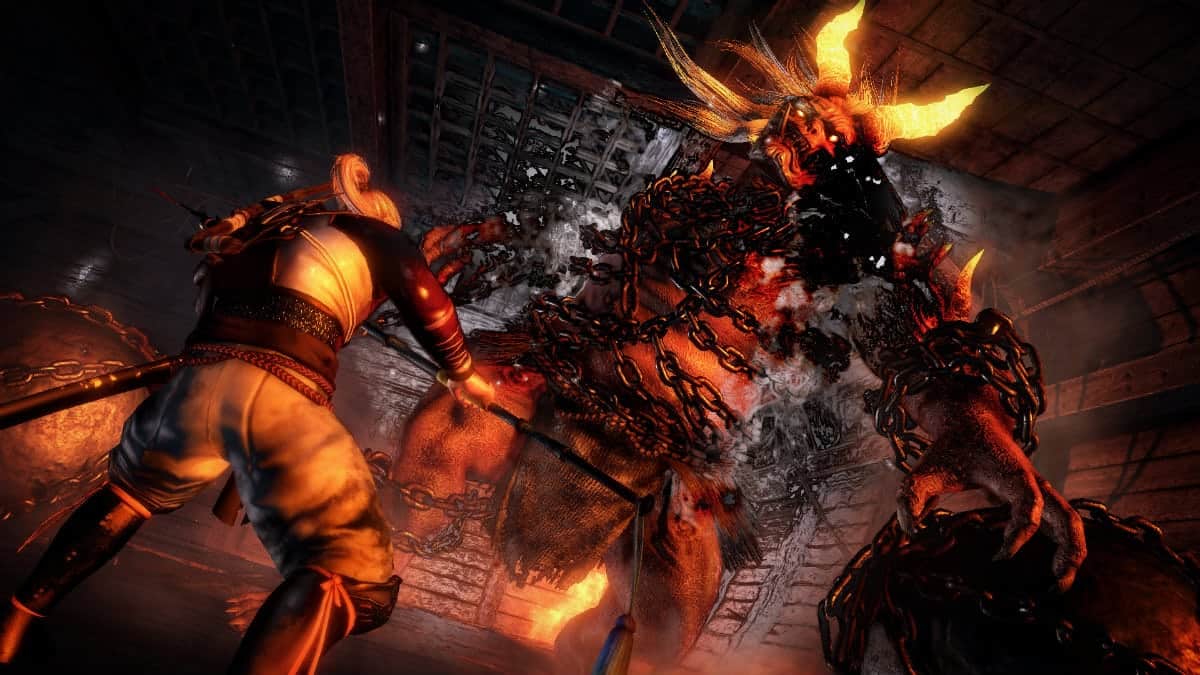 Last week I got my greasy mits on Nioh, the new ‘dark samurai fantasy’ from Team Ninja (the minds behind the  Ninja Gaiden series) and it’s safe to say the game has sunk into my conscious like so many poison shuriken. Twenty hours in, I’m traversing Japanese lands of legend, slaying Yokai (demons, scary demons) and yes, getting my face ground into paste over and over. ‘Freed from this mortal coil’ indeed.

Nioh reviewed well, too, unexpectedly well for a title that could be perceived as cannibalising From’s beloved Dark Souls franchise. Previous ‘Souls-like’s such as Lords of the Fallen were not received nearly as favourably, mimicking the style yet lacking the substance of the superior Souls series. Nioh’s success may well spell the beginning of something new, then. it wasn’t long ago that every game with a first-person perspective and a gun was labelled a Doom clone. Every genre has their origin title – Castle Wolfenstein, Donkey Kong, Metroid. Now Dark Souls (or perhaps more appropriately its spiritual predecessor, Demon’s Souls), characterised by its challenging combat and mysterious and gloomy worlds – might have made enough impact on the gaming zeitgeist to spawn a sub-genre, with Nioh standing as its first successful iteration.

The prospect of a decent Souls-like made by a different developer is exciting, and Nioh does things differently enough to carve out its own corner in this dark, difficult brand of action RPGs. What it takes from Dark Souls it takes for the best, however, and this is evident in how the game feels.

Feel is hard to describe, but I’ll use my experience of Dark Souls as an example. In the original Dark Souls, the characteristics that blend to make up the unique feel of the game are the interplay between its environments, its combat and its RPG elements. Take Dark Souls’ first area, the Undead Asylum. This tutorial area primarily serves as a space to get to grips with character movement, but the Asylum also introduces the layers of mastery the player will need to achieve to beat the game. At base level there is the mastery of the enemies in front of you, whether by sword or by staff. Then there is mastery of the environment, traversing the treacherous levels and uncovering their many traps and secrets. Finally, there’s the mastery of your character, achieved through the RPG elements of the game and the expenditure of souls and hours of your life. So many hours. These three elements are Dark Souls, and connecting them, billowing in the cracks like a looming fog gate, is the feel of the game – the atmosphere, the mood on which it all hangs.

Players who have made their way through Dark Souls will remember the Undead Asylum well.  The location is dank and foreboding, populated by shuffling hollows who attack on sight. There are traps, tight corridors and pools of deep water to wade through. There are shafts of light peeking through the crumbling structure, too, and shades of wonder to the old prison beneath the dread and grime. The first bonfire, where you save your game, spend your souls and reset the world around you, is a beacon of hope in the darkness. This opening level is wondrous and horrible in equal measure, and by the time you have plummeted sword-first off the balcony into the shoulder of the level boss, it’s safe to say that most player will be sold on the experience. It is a microcosm of Dark Souls as a whole.

Progress through Dark Souls is made in increments and minor victories – your first parry, finding a key to an as-yet undiscovered door, attempting to decipher the meaning of your stat trees, and Nioh replicates this feeling well. Its world of feudal samurai, burning villages and twisted monsters strikes the same balance of despair and delight, and the feeling of trepidation before venturing into a new area for the first time to uncover its treasures/death traps will be familiar to any Dark Souls fan. Lore-fiends may be left cold by the more linear storytelling style, but what Nioh lacks in obscure item descriptions and the implied narrative that bled from the Souls environments, it more than makes up for in its deep and deceptive gameplay systems, from the little green Kodama that grant specific blessings and bonuses, to the blur of crafting mechanics at play at the game’s blacksmith.

It’s also important to acknowledge that Dark Souls was defined by its difficulty from the start. It’s tagline, ‘Prepare to Die‘, became a banner under which a uniquely dedicated (masochistic) fanbase united. Given mainstream gaming’s tendency to pander towards simpler, more forgiving experiences in recent generations, the success of a game so driven by player failure is all the more surprising. In Dark Souls death is inevitable, imperative and, in some cases, even provides respite from the toil and tension of life in the land of Lordran. Nioh, too, is fucking nails. But not just nails; it’s nails in the right way, where every game over screen is earned by player error and not wonky mechanics and difficulty spikes. Other imitators have fluffed this balance and made the experience feel cheap, frustrating or both. Nioh sidesteps these concerns with a flourish (but no backstab, backstabs didn’t make it in the crossover) and succeeds in making a violent death at the hands of a mythical Japanese beast feel like progress. It’s a neat trick.

The final aspect that Nioh could excel in is its community. The mysteries of Dark Souls were uncovered by a dedicated community over years of play, willing to test the limits of the game, adventure in unconventional ways and journey to every corner of the map. Here’s hoping Nioh can strike the same feelings of intrigue in its player base, and that its gameworld has enough secrets and quirks to keep obsessed samurai busy for years to come.