This week I tested the Powermonkey Explorer 2, a powerpack device that allows you to charge your phone or laptop anywhere… Leaving for our annual ‘Dad’s on tour’ trip to Snowdonia, filled with the joyous prospect of a good night sleep away from my two toddlers, I practically skipped down the path to the waiting camper […]

by Ollie McAninch
in Gadgets 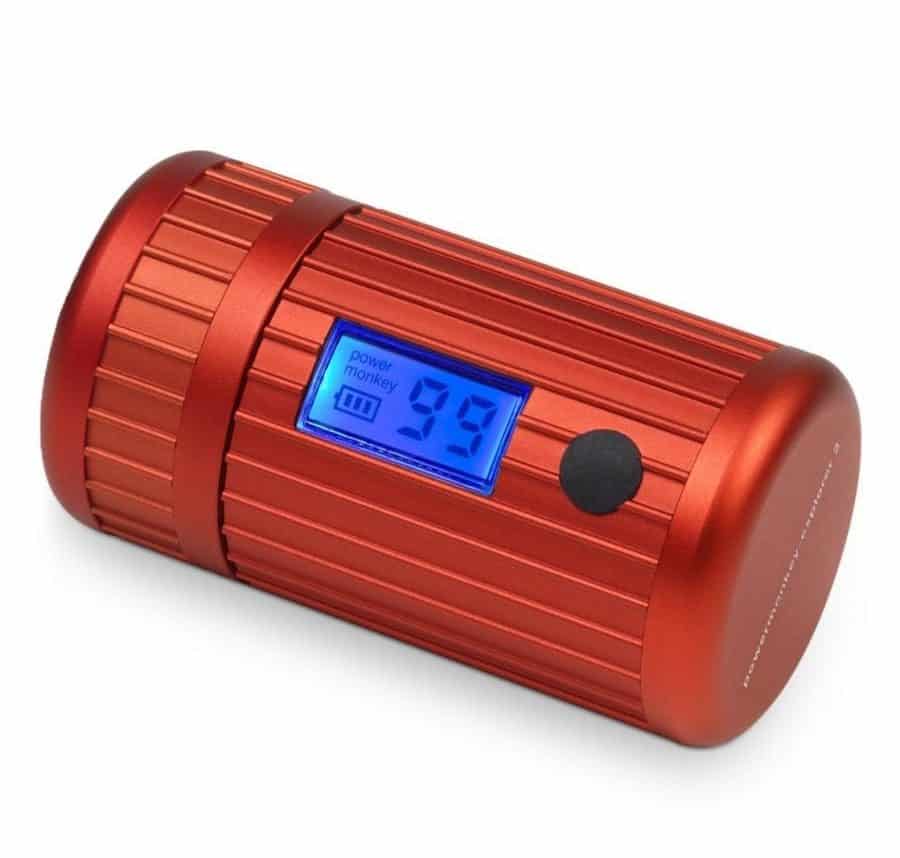 This week I tested the Powermonkey Explorer 2, a powerpack device that allows you to charge your phone or laptop anywhere… Leaving for our annual ‘Dad’s on tour’ trip to Snowdonia, filled with the joyous prospect of a good night sleep away from my two toddlers, I practically skipped down the path to the waiting camper van full of my mates.

Yes we all had a box of beers and crisps, but we also came prepared with eyemasks and ear plugs at the ready – oh how times have changed.

My wife came running down the path waving a boot, my waterproofs and the red charger I am taking to run the power of all the guys for two nights. Now fortunately my wife, the organised one, has read the instructions on the Powermonkey Explorer 2 and apparently you need to buy an adaptor to make it compatible with Apple devices – thankfully she had done this. Off we went on our merry way.

So apparently the Explorer 2 is so strong that the outer casing can withstand being run over by a land rover, we thought we’d put it to the test and tried running it over in a 7 birth campervan. In hindsight we probably should have tested this on the way home rather than at the beginning of the trip but hey ho.  Aside from a few scratches, the Explorer 2 passed with flying colours despite changing colour due to the new coating of tyre dirt and tarmac. It really is strong.

In order to give it a clean, we tested out the waterproof claims in the greatest depths we had which was unfortunately the campervan toilet, came out dry as a bone. It went in all the showers too and still worked perfectly.

When you buy the charger it arrives fully charged, which was handy as all of the lads took turns charging their phones following an evening of face-timing with wives and kids for bath time and story time. Between the seven of us we managed to lower the battery pretty substantially.

After a good charge throughout the evening it was second day where it came into its own as we ambled cluelessly up Snowdonia in mixed weather conditions. The Powermonkey kept our GPS juiced up, so despite ending up on a neighbouring peak, we survived throwing ourselves over varying degrees of drops onto the rocks below. However, that didn’t stop us testing the Powermonkey’s resilience by throwing it from numerous cliffs and falls.

The first few throws left the device a bit battered and bruised, but it still worked perfectly.  It became like the Toyota Hilux from Top Gear.  We did finally find the limit of the Powermonkey, which was around 50 ft onto a rock.

It was a cracking and invaluable bit of kit, (they come in 4 colours) and I have to say it does exactly what it says on the tin. I’m not sure it is essential for a relaxing stroll in the country but if you are doing anything that involves relying on a device I would highly recommend. It is tough, waterproof, easy to use, reliable and pretty inexpensive.  Apparently you can also charge the device using a solar panel too, which probably wouldn’t be a bad shout for a camper van.