Kamal Richards, 24, clocked up more than THIRTY motoring offences - including speeding and riding the wrong way around roundabouts - during the 60 minute rampage across south London

A “reckless” biker who filmed himself dodging in and out of traffic and jumping red lights during a mass “Ride Out” has been jailed.

Kamal Richards, 24, clocked up more than THIRTY motoring offences – including speeding and riding the wrong way around roundabouts – during the 60 minute rampage across south London on New Year’s Day, 2016. 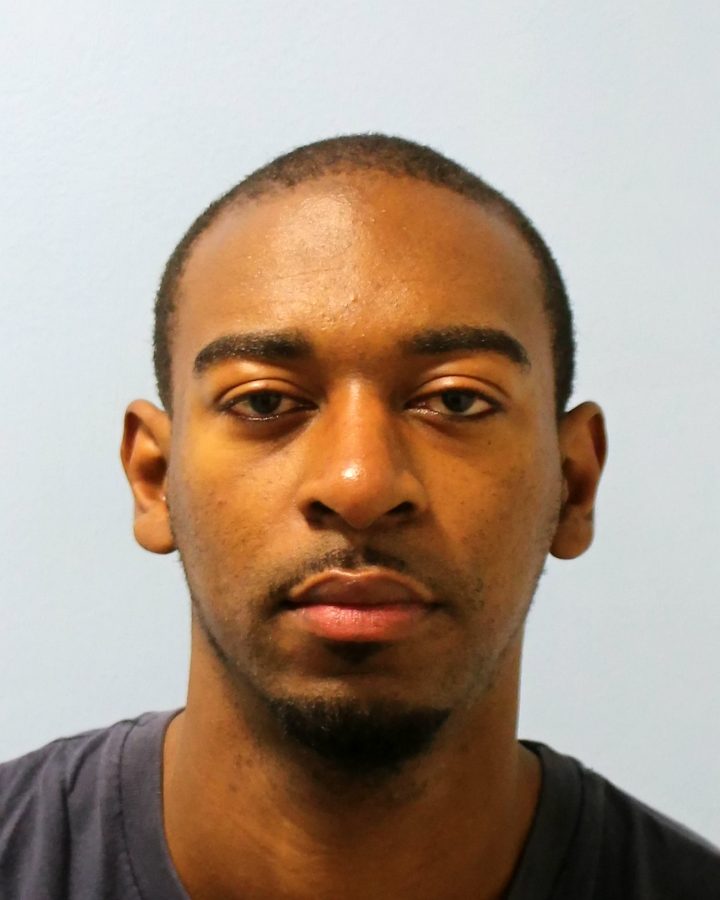 Police say that Richards could have killed himself or other road users at least FOUR TIMES during the Ride Out alongside dozens of other bikers.

Dramatic footage taken by Richards – described by the Judge as “heart in the mouth material” – shows dozens of riders, some on quad bikes, performing wheelies and other stunts as they weave in and out of traffic in wet weather.

Richards, of Dulwich, south east London, was snared after uploading to a video sharing platform footage of himself during the Ride Out.

He was jailed for 15 months after pleading guilty to dangerous driving at Croydon Crown Court.

He was also disqualified from driving for 31 months, and will be required to complete an extended test to regain his licence.

The court heard how UKBikeLife member Richards, known as @WH05DAT, took part in the UK ‘Raise it Up’ New Year’s Ride Out.

The bikers set off from Croydon at 2pm that day and completed a circuit through Purley, Coulsdon via Reigate Hill, back to Croydon.

Richards, who was riding a black Honda motorbike, filmed it using a camera mounted on his helmet and uploaded the unedited footage onto a video uploading platform.

The footage showed him committing multiple offences including contravening multiple red lights, and riding on the offside of keep left signs – clearly marked by central reservations – deliberately obstruction of the highway.

Sentencing Richards, Judge Elizabeth Smaller told him: “You took part and committed an offence of dangerous driving in a ride out.

“I have seen the footage and have been unable to count myself how many were involved. 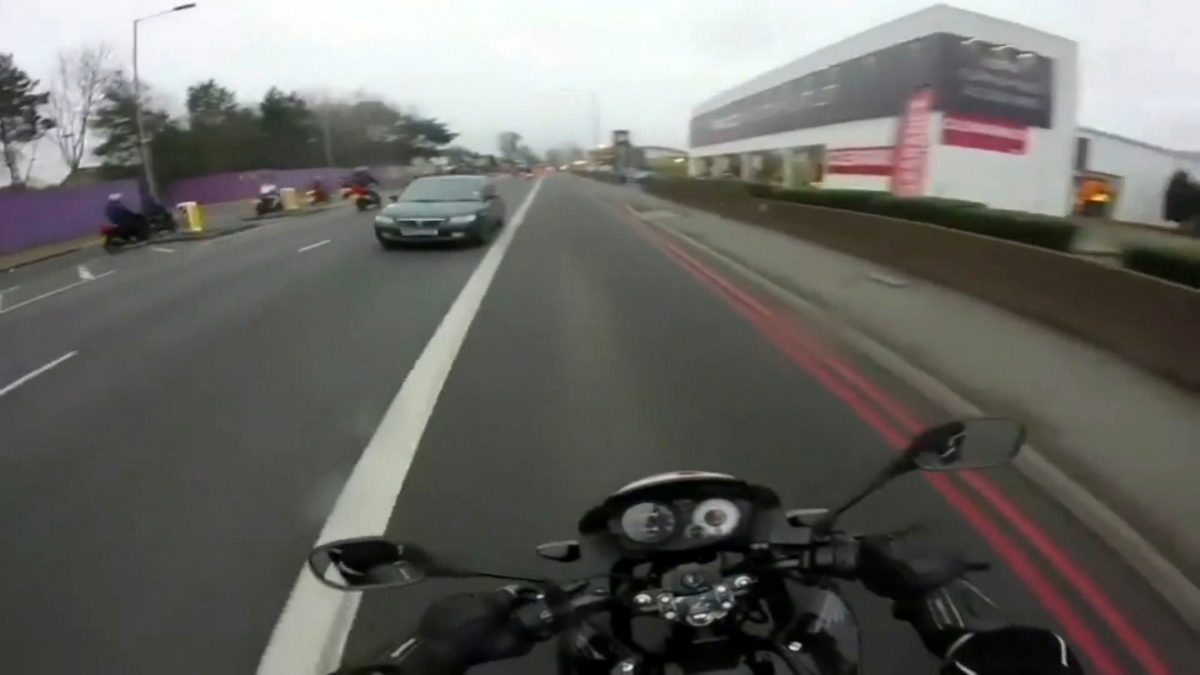 “The collective manner of the driving was largely unbecoming.

The video included footage of Richards riding on the offside carriageway separated by a solid divider through a tunnel, against oncoming traffic. Three cars were waiting to enter the tunnel from the correct direction.

Police said that if the approaching vehicles hadn’t reacted positively, a head on collision would have been likely due to the restricted space available in the tunnel.

Richards was also seen to overtake two vehicles, positioned and indicating to turn right into a car park.

Police say the manoeuvre was “potentially dangerous” as the stationary drivers would have been unlikely to perform a shoulder check and see him coming.

Richards was arrested in January last year and charged with four offences of driving a motor vehicle dangerously.

Sergeant Elizabeth Hockley, of the Met’s Roads and Transport Policing Command, said: “Richards’ extremely dangerous driving could have easily resulted in serious injury or even death of himself or other road users.

“Even considering the time that has elapsed, this sentence must have some element of deterrence for those recording and posting this type of behaviour on social media. 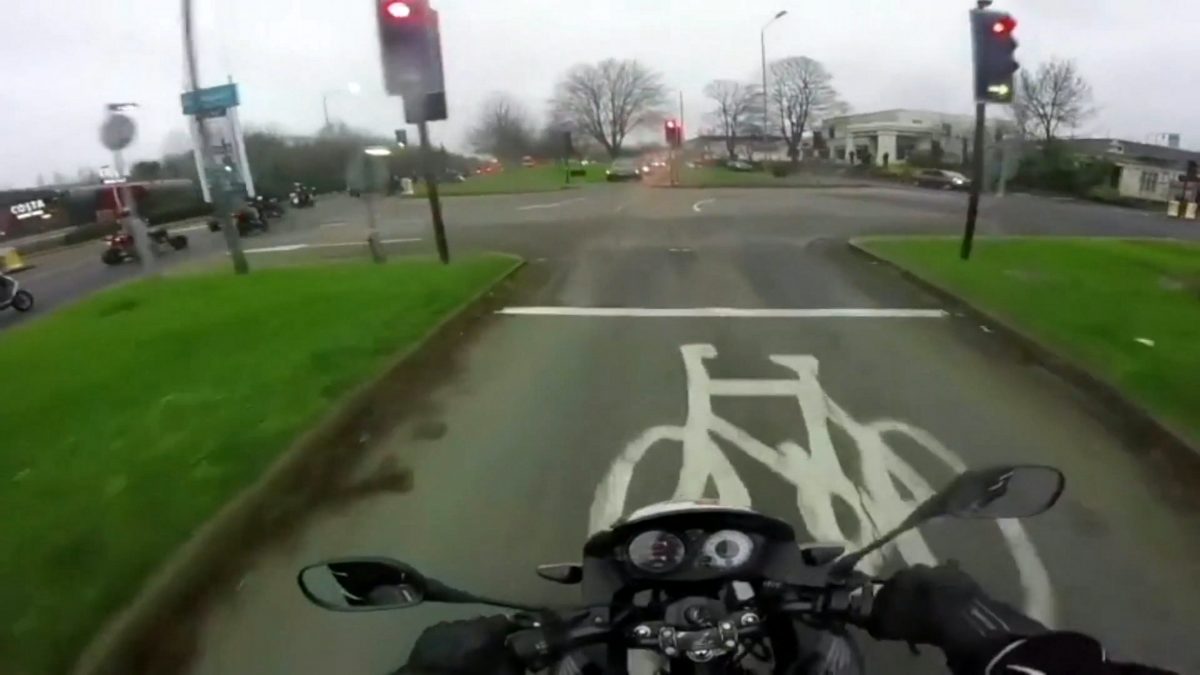 “I also hope it sends out a strong message to others that driving in this manner will not be tolerated on London’s roads.”

Siwan Hayward, Director of Compliance, Policing and On-Street at Transport for London, said: “The actions of Richards were dangerous and selfish, and could have had fatal consequences.

“Dangerous and reckless driving puts many people’s lives at risk and it’s nothing to boast about. 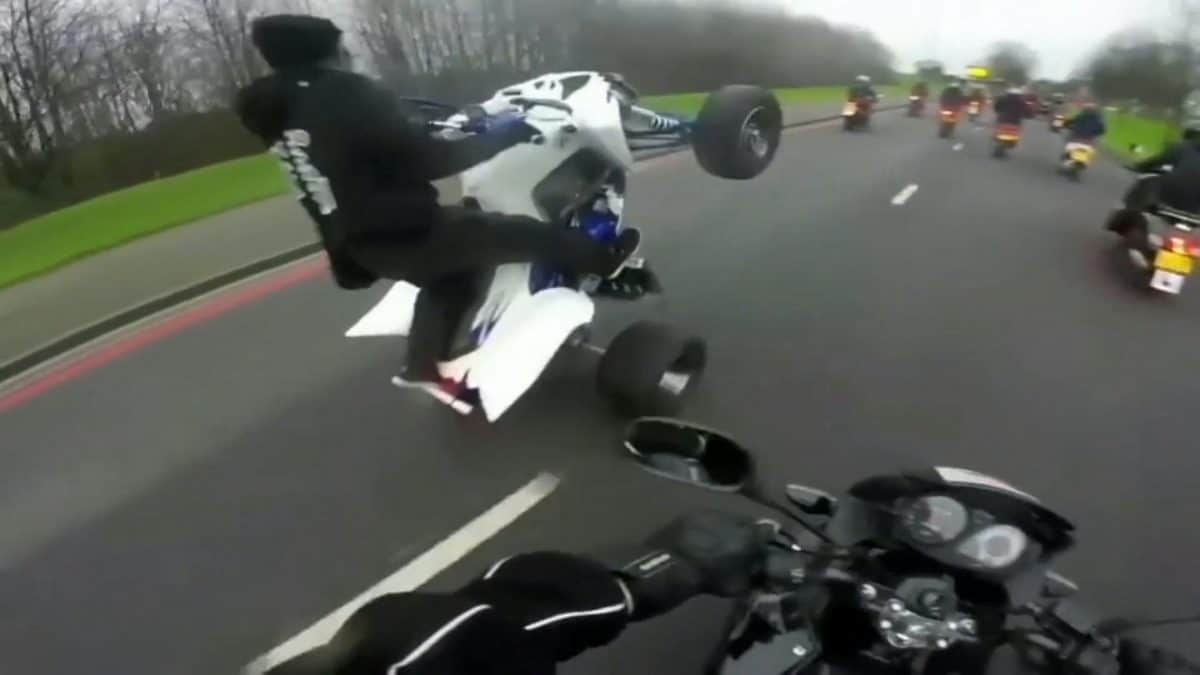 “As part of our Vision Zero approach to eliminate death and serious injuries on London’s roads, we are working with the police to crack down on careless, illegal and dangerous driving.”

She added: “We welcome this sentencing and will continue to take these offences seriously and push for the strongest sentences possible.”