It’s one of the sensations that every motorist dreads, a sudden clunk as one of your car’s wheels disappears down a pothole in the road, along with the nasty suspicion that it may have done some serious, not to mention expensive, damage. It’s a problem that’s even worse in the winter. That’s because it’s not […] 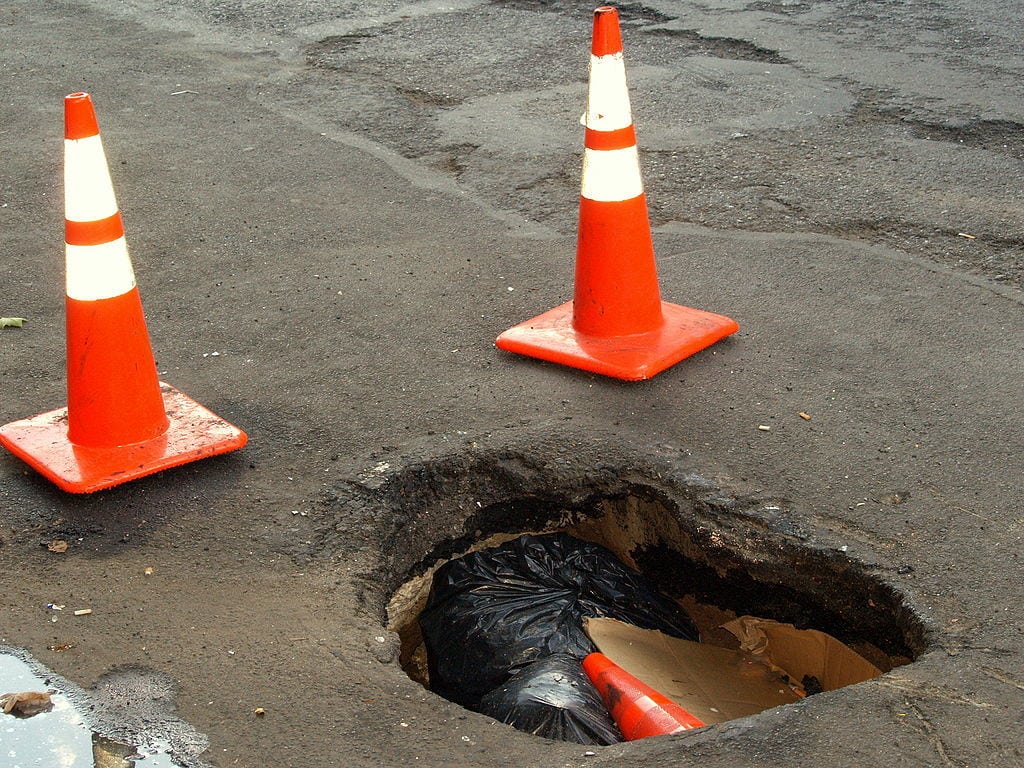 It’s one of the sensations that every motorist dreads, a sudden clunk as one of your car’s wheels disappears down a pothole in the road, along with the nasty suspicion that it may have done some serious, not to mention expensive, damage.

It’s a problem that’s even worse in the winter. That’s because it’s not simply harder to spot one of these perils when conditions are dark or foggy, it’s also when more and more potholes start to open up on our roads. This is because the conditions are ideal for them to occur. It all begins with the road surface starting to crack, possibly because of the weather conditions and the sheer volume of traffic passing over it. The RAC is warning that potholes could increase massively.

From small beginnings, the size of the hole increases, partly through being driven over and also by rainwater trapped in it freezing and expanding. And before you know it, there’s a sizeable hole in the road.

There are several factors that lead to the rise in potholes. The amount of cars driving over the road, the amount of maintenance that is awarded to those roads, and generally the weather. With a large amount of traffic, and a transport budget that has to cover a large amount of different transport methods, it’s not surprising that London comes second in the country only to the South East of England in a recent survey.

While it’s the local Council’s responsibility to maintain the roads, and to ensure that potholes are fixed, the sheer number and scale of potholes highlights that this isn’t exactly as easy as it sounds. There are a number of reasons for this and the first, predictably, is money. As all local councils have had their budgets severely cut over the last few years there simply isn’t enough money to repair every single pothole as soon as it is noticed or reported. Many councils also believe that all but the very worst potholes shouldn’t be repaired until the Spring when they can do a grand sweep of the area and sort them all out.

As to the damage that hitting a pothole at speed can do to a car, the greatest risks are to your tyres and your wheels. The former can be punctured or weakened risking a blow-out. It’s also easy to dent wheel rims which, more often than not, means you’ll need a whole new wheel.Less likely, but still possible, is damage to your vehicle’s shock absorbers or other suspension components if you go down into the pothole particularly hard.

There’s an additional risk that could still affect you however careful you are at avoiding potholes yourself. If the car ahead of you goes into a hole in the road then there’s a chance that a stone could fly up and damage your windscreen. This is not only expensive to repair, it is also potentially very dangerous both because it can impair your view of the road and increase the risk of the windscreen shattering completely the next time it is struck. It’s important to resolve windscreen issues as soon as they appear, even if cash is tight, as the damage can be far more costly later on. Ensuring that you’re covered with specific windscreen insurance above your existing car insurance can ensure that those larger fees are smoothed.

Should you run over a pothole at any time, it’s important to check your car as quickly as possible to make sure no permanent damage has taken place. Where there are telltale signs of damage, such as a crack to the windscreen it’s important that these are repaired as quickly as possible, to avoid any further damage. Misaligned wheels can exacerbate problems as you continue to drive, and reduce the general efficiency of your vehicle. Prevention is better than cure. So be careful out there, always keep a good distance from the car in front and you’ll be gliding past all the pothole perils this winter.