The silver Mercedes saloon car was pulled over by traffic cops on Aikenhead Road in Glasgow today (Thu). 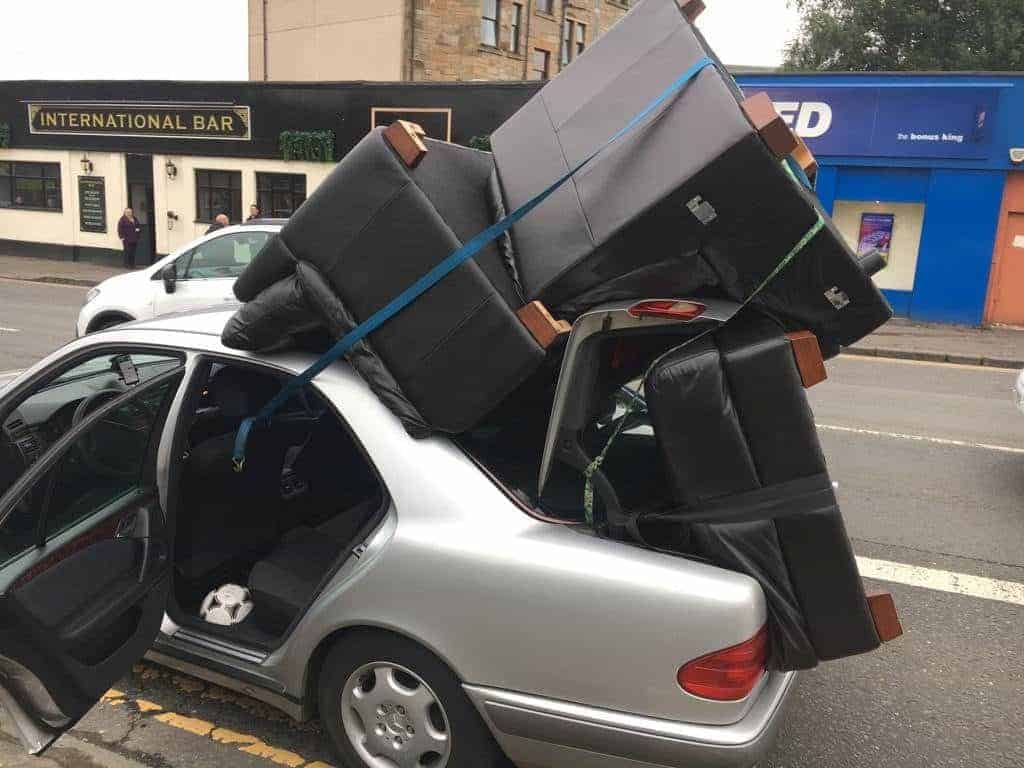 Stunned police officers pulled over this car – with an entire three piece suite stuffed in the boot and strapped to the roof.

The silver Mercedes saloon car was pulled over by traffic cops on Aikenhead Road in Glasgow.

What appears to be three parts of a black sofa have been precariously strapped to the boot and roof of the motor.

The car was stopped on Saturday (October 5) at 2.20pm and a 49-year-old man was reported for his excessive load and other driving offences.

Posting the picture on Twitter, Road Policing Scotland stated: “Officers from #GlasgowRP stopped this vehicle due to its load.

“Driver reported for load and other offences and suitable advice given for the transport of couches in the future. #TheMoreYouLookTheWorseItGets #WeNeedTheManWithAVan”

The pictures left users stunned, with some even questioning whether it was real.

One person said: “No way? This looks like it’s photoshopped?”

A Police Scotland spokeswoman said: “On Saturday, October 5, road policing officers stopped a vehicle at 2.20pm on Aikenhead Road, Glasgow due to its load.

“A 49-year-old male driver was reported for load and other driving offences.”