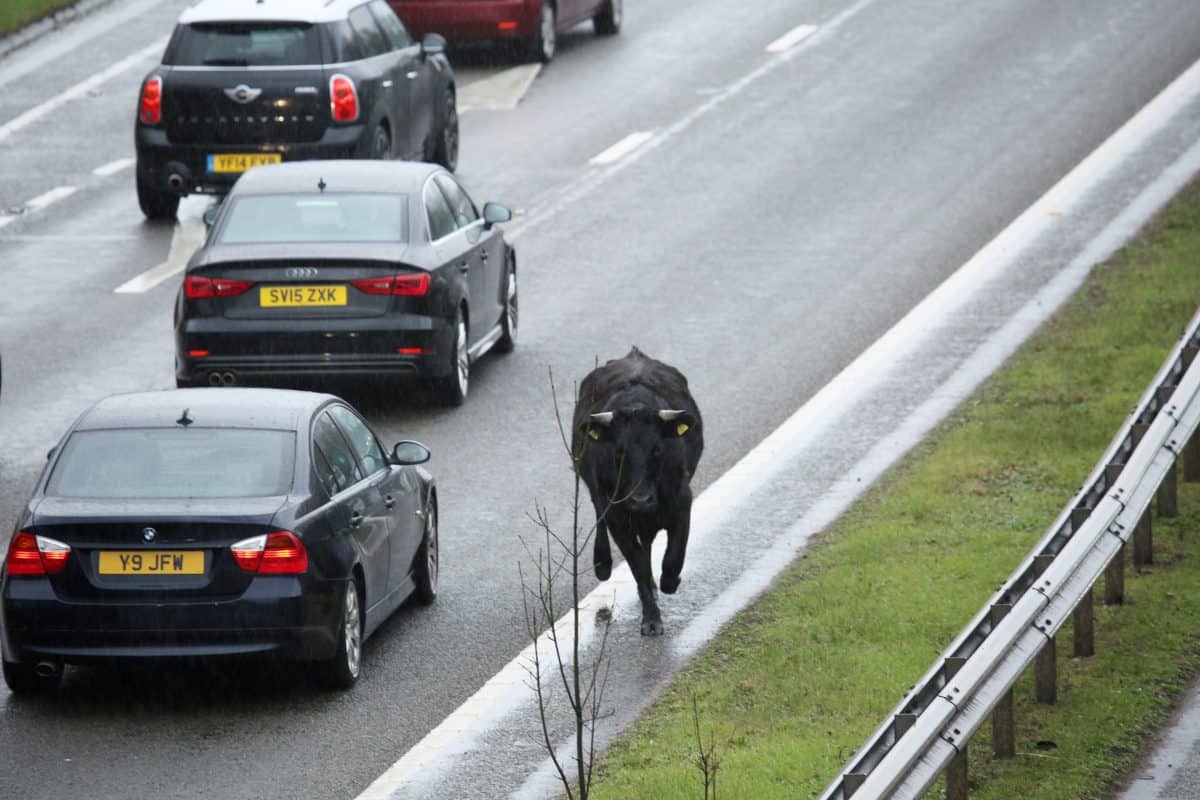 These dramatic pictures show terrified drivers cowering in their cars when a runaway BULL ran onto a busy dual carriageway.

The escaped beast was spotted charging down the fast-lane of the A6 near Quorn,
Leics., during rush-hour.

Police dashed to the busy carriageway just after 9am on Tuesday (12/3) after motorists reported narrowly missing hitting the escaped animal.

Photographer Alistair Langham snapped the bull as it ran the wrong way down the road.

He said: “I was on my way to photograph a wedding when I saw police rushing along the dual carriageway.

“I managed to get myself onto a bridge overlooking it and suddenly saw this huge bull charging down the carriageway.

“It narrowly missed being hit by oncoming cars as they swerved out the way to avoid it.

“I think the drivers were more scared of it than the bull.”

Police closed the road for an hour while officers coaxed it off a slip road towards the farm where it had escaped from.