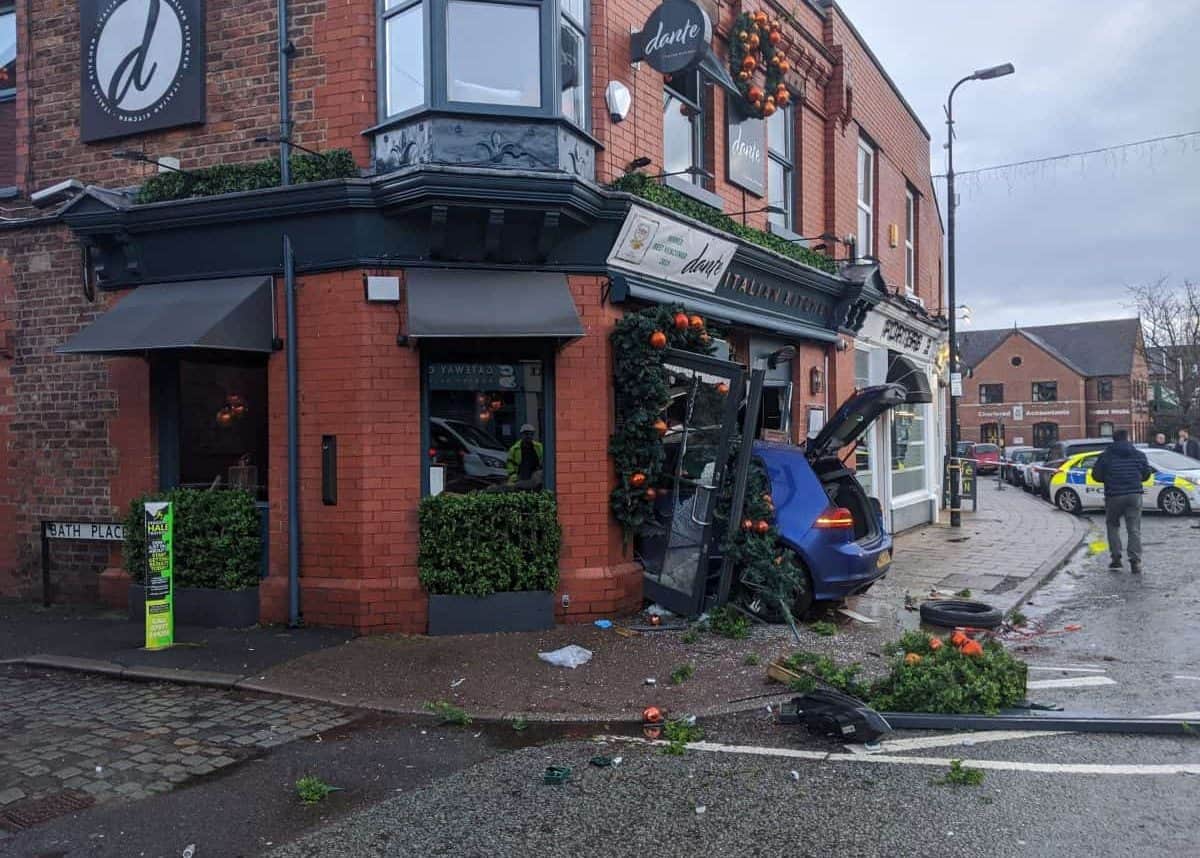 These shocking pictures show the wreckage caused when a car smashed straight through an Italian restaurant – leaving only its boot sticking out.

The dramatic snapshots captured the blue VW Golf protruding out of the restaurant surrounded by strewn bricks and Christmas decorations.

The car smashed into Dante Italian Kitchen, in Hale, Cheshire, in the early hours on Thursday after a speedy police pursuit.

A police spokesperson confirmed officers were called to a burglary in Didsbury, Greater Manchester at about 2am.

The four offenders were spotted in a stolen silver Audi which had a, and then seen exiting the vehicle in favour of the blue VW golf.

At 2:35am the speedsters crashed into the restaurant after a short pursuit, suffering minor injuries as a result.

All four men have been arrested on suspicion of burglary and aggravated vehicle taking.

Detective Sergeant Kate Grundy, of GMP’s City of Manchester Division, said: “This was a distressing incident for the victims of the theft to have their property targeted in the middle of the night as well as the owners of the restaurant which has sadly had to close due to the extensive damage caused.

“Our response team acted swiftly to detain the suspects and although we have made four arrests we are still keen to speak to anyone who may have seen a silver Audi or blue Volkswagen Golf driving through the areas between Eccles and Hale at the time of the incident.

“In particular, we want anyone with any dashcam footage that could be related to this incident to come forward and get in touch with police.”