Sport News 24/7 By David de Winter – Sports Editor @davidjdewinter  @TLE_Sport Early April.  The sweet smell of Spring is in the air.  Flowers are blooming, the weather gets warmer and the evenings get longer.  The perfect time therefore to park yourself in front of the TV for four days solid and watch wall-to-wall coverage […] 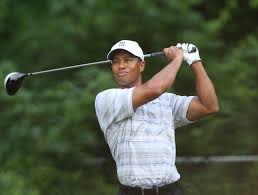 Early April.  The sweet smell of Spring is in the air.  Flowers are blooming, the weather gets warmer and the evenings get longer.  The perfect time therefore to park yourself in front of the TV for four days solid and watch wall-to-wall coverage of golf’s first major of the year – The Masters.

Since announcing his comeback last week from his self-imposed exile, four-time Masters champion Tiger Woods has dominated the headlines.  Never one to dampen expectation, Woods is apparently targeting victory this week.  Never mind the enormous delusion of the former world number one, it beggars belief that a man who hasn’t won a major tournament since 2008 and has dropped to number 111 in the world (and who has only completed 2 competitive rounds this year) is still being discussed as a potential winner.  Admittedly it is Woods who is doing most of the talking as his enormous ego can’t bear not to be in the limelight but it would be a miracle if he even makes the cut.  However his fellow competitors will probably be happy to see him this week as a large proportion of the media spotlight will now be focussed on Woods and not on themselves.

So what of the actual contenders?  There has been much chatter about whether current world number one Rory McIlroy can win this week and complete a career Grand Slam, a feat that even eluded greats like Tom Watson, Greg Norman and Seve Ballesteros.  Much has been made about McIlroy’s now infamous 2011 meltdown but he is a much more mature character on the golf course and despite having a pretty poor record at Augusta, the set-up of the course should suit his style of play.

Golf’s new golden boy Jordan Spieth is the favourite to spoil McIlroy’s party.  The precocious 21 year-old has been in sparkling form recently, recording a win and two runner-up spots in his past three outings.  Spieth also impressed on his Augusta debut last year, finishing in a remarkable tie for 2nd place so he certainly has the game to succeed round this fabled course.

What of the defending champion Bubba Watson?  The two-time winner is something of an Augusta expert and his prodigious length off the tee certainly gives him an advantage.  I’m not totally convinced by his short game but to win the Masters twice, you need to hold at least some putts so Watson, who famously has never had a golf lesson in his life, is clearly not just a one-trick pony.

The rest?  Obviously I would love to see my favourite golfer and perennial underachiever, Sergio Garcia, win but that will never happen because the Spaniard is exasperatingly inconsistent.  Expect him to make Augusta seem like a pitch-and-putt one round and then a treacherous minefield the next.

Phil Mickelson?  Lefty finally found some form last week in Houston and has two green jackets in his wardrobe (assuming he keeps them there), his most recent coming in 2010.  However since his 2013 Open Championship victory he has gone worryingly off the boil.  Mickelson always has a few tricks up his sleeve but I doubt they will be enough to add another green jacket to his collection.

Aside from McIlroy the domestic challenge is lead by 2013 US Open champion Justin Rose.  He has been in wretched form this season but has never missed a cut at Augusta.  Unfortunately I can’t see the likes of Lee Westwood, Jamie Donaldson, Graeme McDowell and Ian Poulter featuring come Sunday afternoon.  Paul Casey however will be one to watch.  The Englishman recorded consecutive top 3 finishes at the Northern Trust Open and the Honda Classic earlier this year and he has a good career record at the Masters (two top 10 finishes).  I think he could have a good week.

Who’s going to win?  For what it’s worth I’m going to put my hat on Jason Day.  The Australian has two top 3 finishes to his name at The Masters and won the Farmers Insurance Open in February.  He has the all-round game combined with a strong mentality to conquer the famous course and also comes into the tournament slightly under the radar, despite being ranked number 5 in the world.  Whoever wins, I know I’ll be glued (as always) to my TV on Sunday evening with my glass of wine watching the back nine unfold at the famous Augusta National course.

David is Sports Editor of The London Economic.  For enquiries, please email sport@thelondoneconomic.com