Sport News 24/7 By Lars Thomesen  @LarsHT  @TLE_Sport Footballers today get their fair share of bad press.  Tabloids feast on their tiniest mistakes and as soon as something is a little bit edgy, it will be on the back pages the next morning. Innocent stories such as Raheem Sterling’s alleged five kids at the age […]

Footballers today get their fair share of bad press.  Tabloids feast on their tiniest mistakes and as soon as something is a little bit edgy, it will be on the back pages the next morning.

Innocent stories such as Raheem Sterling’s alleged five kids at the age of 19 (he really just has one kid) and a track-suited-up Adnan Januzaj taking a WAG wannabe to Nando’s on their first date both created “scandalous” headlines.

How about Yaya Toure’s row towards the end of last season when he didn’t receive a birthday cake from Manchester City or one of Mario Balotelli’s many peculiar off-pitch antics during his first spell in England?

There have also been more serious headlines, like the racism scandals involving the then England captain John Terry or the Luis Suarez vs Patrice Evra saga.  The recent example of Saido Berahino’s alleged speeding and the many mischiefs footballers have done “playing away from home”, if you know what I mean, were also given more than a few inches in the sports pages at the time.

The point is; being a footballer does very few players any favours when it comes to the press.  Rightly so, some might say.  Slightly harsh, others may think.

I don’t necessarily mind the above stories, nor do I disagree with publishing them.  The problem I have is that there are too few positive off-pitch stories concerning footballers in modern media.  Yes, a scandalous spin on a story will get a whole lot more website clicks than positive ones, but it does build up a wrong image for young football fans across the nation when all they read about their role models off the pitch is spun negatively.

You have the likes of Balotelli and Suarez who both have received a vast amount of negative off-pitch stories in the last few years, then there’s Jimmy Bullard.

Using his words to describe him my way: What a legend.

Through his appearance on I’m A Celebrity Get Me Out Of Here this year he seems like the antithesis of the image the public have of the spoilt modern-day footballer. He comes across as a genuinely nice guy.  A true role model.  He rallied his troops in the jungle and has fears a lot of people can relate to.

He is the type of footballer kids today should see more of in the media because he is just a normal guy that loves playing football.  There’s no messing about with him. There are no scandals or negative stories in the tabloids.  I would put a lot of money on him being the real Jimmy Bullard on I’m A Celebrity this season, meaning that he is exactly the same person off camera as he is on it.

Through the years we have seen a lot of stunts from Bullard.  We all remember the goal celebration away to Manchester City in 2009, when, as a Hull City player, stood in the centre of all his teammates imitating manager Phil Brown’s half time talk in front of the Hull fans the year before.  He’s cheeky and he’s all about banter, something that came across in the jungle, too.

From my personal view it is a shame that he was the first person to be voted off I’m A Celebrity this year.  Not only for the show itself, he was probably the most entertaining character in there, but also for the sake of the kids and teenagers who watch it.

With his personality, jokes and general attitude to the jungle and everything in the past and present, his appearance on the show has made him leapfrog many modern footballers on my list over the perfect role models for aspiring footballers.  Perhaps he is just the old school type of footballer that comes along all too rarely these days.

Having said that, I highly doubt that the likes of Sterling, Januzaj, Toure, and Berahino are bad people. I simply think they have become victims of the modern tabloid press due to their presence in the public eye.  Their performances on the pitch speak for themselves, but that doesn’t always get the headlines.

We need more positive headlines from footballers like Jimmy Bullard.  In the future that might eliminate the “spoiled, filthy rich party animal” type of impression many fans might have of modern footballers.  It might also help the next generation of footballers in the UK to focus on being the best they can possibly be on the pitch, and not on the money they will make or the cars they will buy.

Jimmy Bullard is the real role model, and for that, “Jimbo”, I salute you. 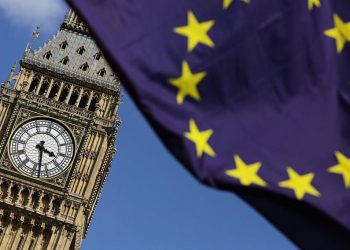