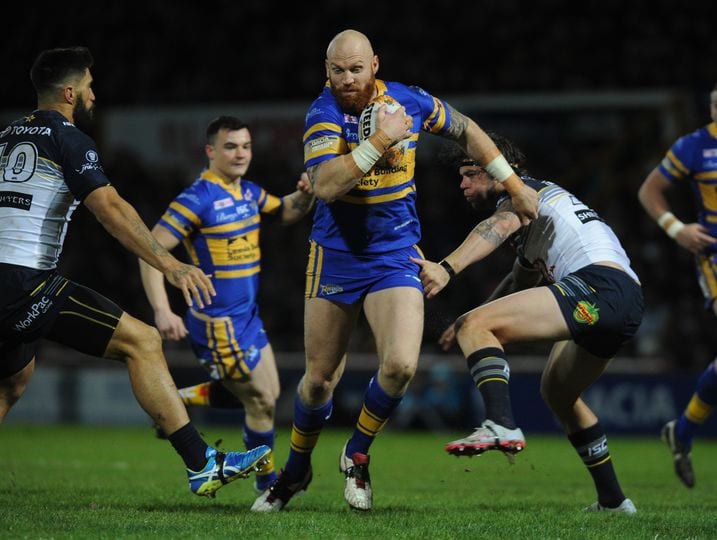 What next for Super League - The London Economic

Geographically, Townsville, Queensland – home of the newly crowned World Club Champions the North Queensland Cowboys – is 9,515 miles away from Leeds, West Yorkshire – home of the heavily defeated Leeds Rhinos.  If it were possible to quantify the gulf in class between Australian club rugby league and their English counterparts as a distance, it may stand somewhere near 9,515 miles.

Over the course of a three games; one in Saint Helens, one in Wigan and one in Leeds, the aggregate score ended 118-28 to the Australian teams and, truth be told, that aggregate total could have been wider.  Only Leeds ever looked to be in a contest as they held the North Queensland Cowboys at 4-4 at half time in their game on Sunday night, with the Cowboys pulling comprehensively clear in the 2nd half to claim a 38-4 victory.  This followed Sydney Roosters 38-12 victory over St. Helens, and the Brisbane Broncos 42-12 victory over Wigan.

The worrying thing for the English Super League teams is that the gap seems to be getting wider between the two leagues.  Last year, the only team to inflict such a convincing scoreline was the South Sydney Rabbitohs, who defeated St. Helens 39-0 in the showpiece game of the weekend.  Earlier in the weekend, Wigan and Warrington had lost by two points and six points respectively in their fixtures, in what were close and tense encounters.

The gulf in class between two teams was never more evident than at Headingley on Sunday night, where Leeds’ halfback pairing consisted of Jordan Lilley and Liam Sutcliffe.  Lilley, 19, was playing only his 7th senior match and Sutcliffe, 21, is 3 matches into his comeback from a long term knee injury.  According to Leeds coach, Brian McDermott, in an interview after the match, the two have a combined salary of £32,000 per annum. They were lining up against three-time World player of the year, Jonathan Thurston, who later won man of the match, and the affection of many of the Leeds crowd.  A Google search estimates Thurston’s 2014 salary as 1 Million Australian Dollars, another stark contrast to his Leeds counterparts.

There is no doubt that if the Super League wants to compete effectively with the NRL, the salary cap is something which needs review. At best, the Super League is currently an entertaining competition, which provides players with an opportunity to showcase their worth in order to win a move to the NRL or Rugby Union. On the rare occasion that an Australian does leave the NRL, it is generally as a young player aiming to create an impression, or as a senior player looking for a different experience and a salary boost at the end of their career when an NRL contract isn’t forthcoming. There is currently no way that a Super League club could attract the likes of Jonathan Thurston at the peak of his powers.

Until the Super League can attract the best international talent, and keep hold of the players which are produced by English clubs, its teams will never be able to compete with their Australian counterparts.  A quick browse through recent England squads shows that somewhere between 25-50% of the selected players represent NRL clubs domestically.  While this has helped England become more competitive internationally, and may be one part of the Super League becoming more competitive in the long run, it leaves the Rugby League in this country under strength in its current state.

Despite the current atmosphere of negativity surrounding the performance of England’s representatives in this year’s competition, it is imperative for the good of the domestic competition in England that these fixtures continue.  The only way that the Super League can improve is by regularly competing at the highest level possible and that means playing the Australian teams as often as possible, even if the results are incredibly one sided for a period of time.  A positive improvement would be to create an English version of the 9 a side competition which Australian teams hold in their pre-season, allowing the Super League teams to develop a more structured, attacking game. For the good of English Rugby League, let’s just hope the Australians don’t get too sick of beating the Poms in their own backyard, as it is an essential stage in Super League’s progress.