Bedfordshire Police are working with the UK Football Policing Unit to hit him with a football banning order. 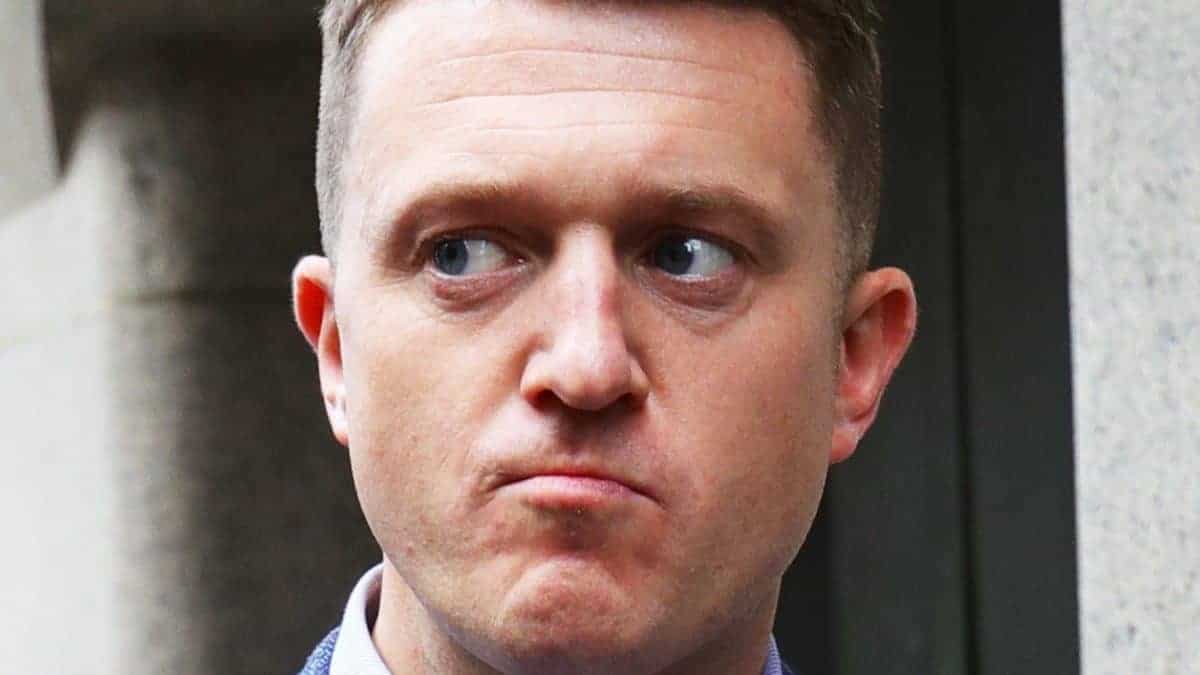 Tommy Robinson is facing a complete ban on attending England matches both in the UK and abroad after being filmed punching a Three Lions fan in Portugal.

The former English Defence League leader, 36, was caught on camera swinging at the man who was knocked to the ground ahead of England’s 3-1 defeat to the Netherlands in the city of Guimaraes.

Now Bedfordshire Police, Robinson’s local police force, are working with the UK Football Policing Unit to hit him with a football banning order.

If successful, the order would see Robinson, whose real name is Stephen Yaxley-Lennon, barred from attending England games in both UK stadiums and abroad.

Barred from England games in UK and abroad

A spokeswoman for Bedfordshire Police told the PA new agency: “We can confirm we have served papers on an individual regarding an application for a football banning order.”

The next hearing is due to take place on October 18 at Luton Crown Court.

She confirmed Robinson was the individual in question, but added that as the case is a civil and not a criminal matter, the force would not be commenting further ahead of the hearing.

In the wake of the incident in Portugal, which was widely circulated on social media, Robinson claimed he was acting in “self-defence”.

He claimed he lashed out because the England fan had been “verbally threatening”.

Robinson said he threw the punch having already been approached twice by the man, who was with a group of friends.

He said: “It’s self-defence because I’m not going to wait for him to beat me up in front of my missus.

“He’s come at me twice and I’ve said to his friends and him ‘If you come at me again, I’m going to sort you out.

He said the incident happened in front of security staff, who allowed him into the game.

Robinson, who had two milkshakes thrown at him while out campaigning during his failed bid to become an MEP, added:

“Any man out with their wife should be free to walk the streets without being threatened or abused because of their politics.”

Robinson was released from prison last month after serving two months of a nine-month sentence for contempt of court.

He was locked up in July for live-streaming on Facebook a video which featured defendants in a sexual exploitation trial in breach of a specific court order and put the case at risk of collapse.

In 2011, he was convicted of leading a street brawl involving 100 football fans and sentenced to a 12-month community rehabilitation order, 150 hours of unpaid work, and a three-year football banning order.

Robinson shouted “EDL till I die” and encouraged fellow Luton Town supporters as they clashed in the town with Newport County fans.