by Ollie McAninch
in Tennis 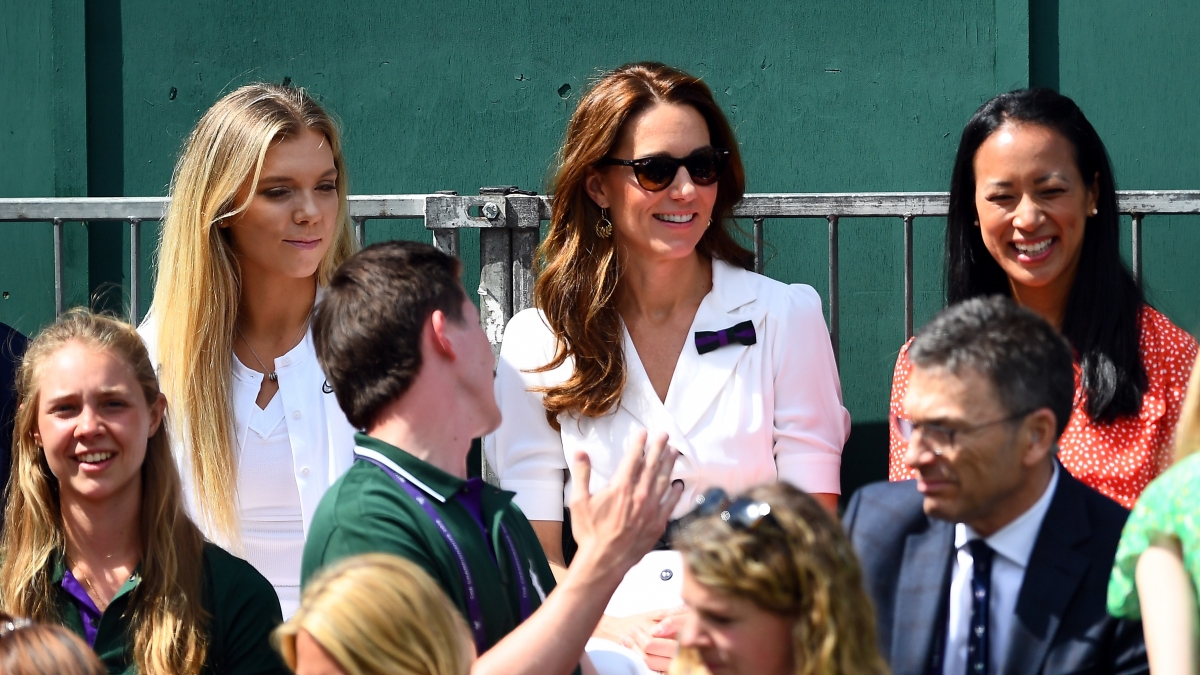 The Duchess of Cambridge has joined spectators at Wimbledon to watch players competing during the second day of the world famous tennis championships, Kensington Palace has said.

Kate, who is a passionate tennis fan, is patron of the All England Lawn Tennis and Croquet Club (AELTC) – the organisation which stages Wimbledon.

The duchess is expected to take her seat in the royal box later on Tuesday, which usually features famous faces and celebrity fans of the sport.

And she will also be touring the grounds, visiting a number of courts throughout the day.

Last year Kate joined a tennis training session at a primary school in Mitcham, south London, and joked at the time how she was less “sporty” now she has children.

The youngsters at Bond Primary were receiving training sessions under the Wimbledon Junior Tennis Initiative – the outreach programme of the All England Club.

The duchess told the children: “I love tennis, I think it’s a great sport. I was really sporty when I was little, less so now that I’ve got lots of babies.”

She was spotted taking her seat at an outside court at Wimbledon where British player Harriet Dart was in action.