Sport News 24/7 By Joe Heywood  @Joe_Heywood  @TLE_Sport Olivier Giroud is a fantastic striker.  He’s one of the best finishers in the league, can strike a ball with thunderous venom and his link-up play can be staggering sublime at times.  But should the Frenchman lead Arsenal’s attack next season? Like a lot of Arsenal players […] 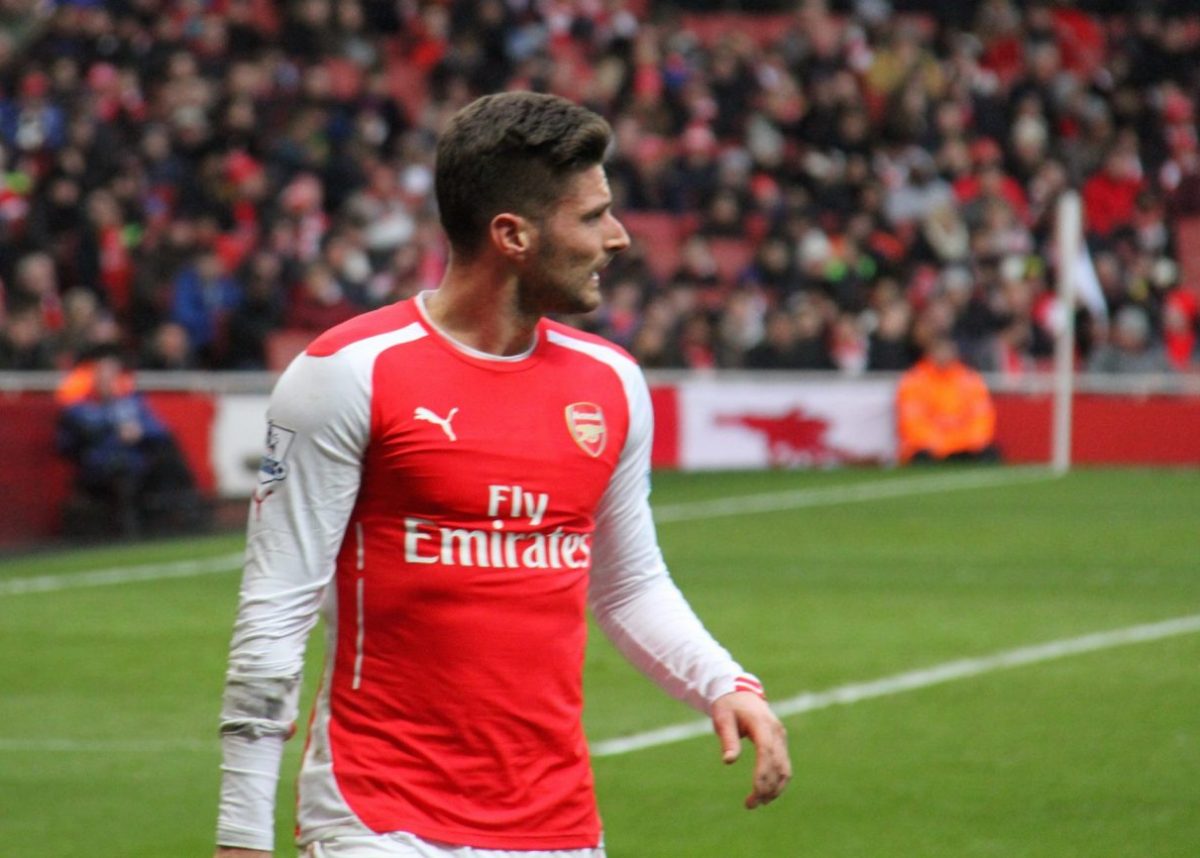 Olivier Giroud is a fantastic striker.  He’s one of the best finishers in the league, can strike a ball with thunderous venom and his link-up play can be staggering sublime at times.  But should the Frenchman lead Arsenal’s attack next season?

Like a lot of Arsenal players in the last five years or so, Giroud divides opinion.  On one hand, there are games where he completely dominates – he scores emphatic goals and provides sumptuous assists in the space of 90 superlative-laden minutes. On the other, you have that infamous Monaco game as well as the last six games in which he’s been on Gareth Bale proportions of anonymity.

So why shouldn’t he be Arsenal’s main man in attack?

Giroud’s current barren run has coincided with Thierry Henry’s scathing criticism of him after the Chelsea game a few weeks ago.  Arsenal’s all-time top goal-scorer said that Giroud simply isn’t good enough to be leading a title challenging team.

Many believed this was Henry responding to criticism of his punditry and putting Giroud in the crossfire so-to-speak, but there may be substance in his comments.

Rio Ferdinand said that he hated Dennis Bergkamp because he had asked the Dutchman if they could swap shirts after a game.  Bergkamp replied in a cold flat tone “I don’t swap shirts”, leaving a quivering Ferdinand in his wake.

It’s that kind of mentality that this Arsenal team is missing – a focused and professional determination for the sport.  Giroud doesn’t have as ruthless command over opposing defenders as the likes of Bergkamp, or even contemporary counterparts in Diego Costa or Sergio Aguero, and it seems a throwaway comment from Henry has affected Giroud’s performances on the pitch.

In the first half against Manchester United on Sunday, Arsenal failed to register a single shot on goal – something that hasn’t happened to Arsenal in over ten years.

Giroud was practically anonymous in both halves and this has happened far too many times in the big games in his three years at the Emirates.

He’s dispatched the likes of Newcastle United, Aston Villa, Burnley and QPR this season but in the games against Chelsea, Manchester United and Tottenham in the London derbies he’s often nowhere to be seen.  For him to truly stake his claim as a top striker in a title-winning team, these are the games where he needs to stand up and be counted.

There were a few instances in the Manchester United game where balls were being put through to Giroud, yet he lacked the pace and the energy to get on the end of them.  Even Phil Jones’ comical crawling was quicker than the Frenchman.

Of course, a simple solution to this would be to play the ball to his feet but the fact is, its costing Arsenal chances – glorious chances that could mean precious points in a title battle.

Though his build-up play, as demonstrated in this spectacular goal against Norwich last season, can be sublime at times there are far too many occasions where his performance is so out of sync with the rest of the team.  Mesut Özil fed Giroud several chances against United at the weekend but he didn’t seem to be on the same wavelength as the German – might his stats be markedly improved with a more clinical Giroud?

Looking ahead to next season, Giroud still has a place in this team without a doubt.

He has had a marvelous goal-scoring streak in the last 15-20 games and considering he was out for three months at the start of the season with a fractured leg, he has done well to reach 17 for the season in all competitions.  But the question is: will Wenger buy another striker?

Considering the array of striking talent at Wenger’s disposal in Danny Welbeck, Lukas Podolski and Theo Walcott, it’d be interesting to see another out-and-out striker be put into the mix as those three can be deployed wide.

Perhaps an alternative would be to go back to a two-striker system?

Considering Giroud’s strengths in holding up the ball, linking-up play and finishing (well, this one is up for debate) maybe someone else up there with him in the middle would mask the Frenchman’s flaws.  Perhaps having Theo Walcott buzzing around, in his coveted central role, collecting Giroud’s clever flicks could be an effective strategy?  This however would have a knock-on effect to an already packed midfield.

Whatever Wenger does though, he knows that Arsenal’s main striker has to improve on two goals and zero assists in 15 games against the top four teams.

Joe is an English and creative writing graduate of Bath Spa Univeristy.  Follow him on twitter @Joe_Heywood