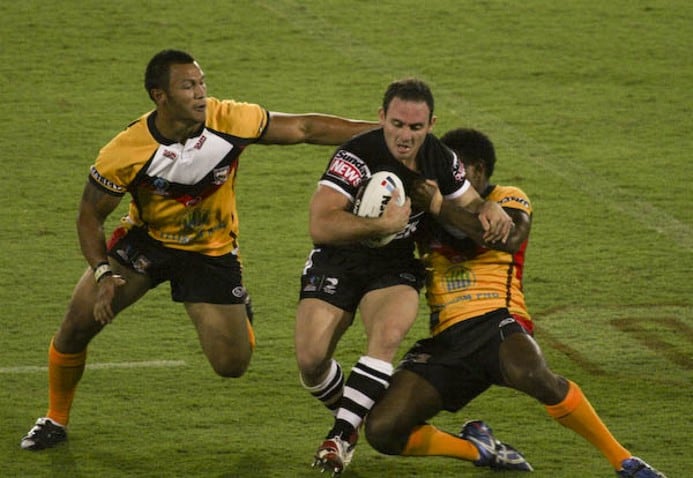 This week sees four of the Super League’s established power houses go toe to toe on what promises to be a season defining weekend in the First Utility Super League.  On Thursday night, the Wigan Warriors play host to the Warrington Wolves in what has routinely been a top of the table clash in recent years.  Both teams have struggled for form and consistency in the early rounds but are beginning to move in the right direction with Wigan sitting in 3rd place, and Warrington in 5th.

Friday night sees the top two go head to head as St Helens welcome the Leeds Rhinos under the lights at Langtree Park.  St Helens started the season in excellent form, winning their opening 6 matches and topping the table in the early rounds.  But a run of 3 defeats in a row, which they ended by beating Huddersfield Giants last time out, has seen the Rhinos overhaul the Saints at the top and open up a four point gap in the process.  The Rhinos have proved some doubters wrong so far this season and the addition of skilful prop Adam Cuthbertson appears to have galvanised a squad which many thought may be too old to compete consistently at the top of the league.  Although it is a long season, with the forthcoming retirement of key figures Jamie Peacock and Kylie Leuluai, and Leeds’ captain and figurehead Kevin Sinfield moving to Union at the end of the season, the Rhinos appear determined for these players to go out on a high.

For those of you who may be new to Rugby League, I would recommend tuning in to one of these games; you will not be disappointed.  Rugby League is a high intensity game, with a high level of skill.  Or even better than that, go along to a game and experience it first-hand!  There is a real variety to the rugby league grounds in this country which you don’t necessarily get in other sports.  There are the modern stadia such as St. Helens’ Langtree Park which was opened in 2011 and holds 18,000 people; and then there are the throwbacks to a lost era – places like The Jungle in Castleford which holds just over 11,000 and has a real feel of history in the air.

For atmosphere, there are few grounds in the country that can match Headingley Carneige, the home of the Leeds Rhinos, on a Friday night under floodlights.  There is a unique atmosphere at Rugby League games which makes it feel different; it truly is a family game.  It is also common for opposition fans to mingle with one another before and after the game, without any hint of malice.  In the lower leagues, you may even be lucky enough to experience the half time change of ends, where the fans of the two teams change ends of the stadium to be closer to their team’s action.

I would also recommend venturing outside of the Super League and watching a game in the lower leagues.  When the London Broncos were relegated, London lost its representation in the top flight, but there are some quality teams in the Kingstone Press Championship.  The two highlights of the season for the London Broncos, who play at Underhill in Barnet, should be the visits of the Bradford Bulls and Leigh Centurions, both of whom boast Super League quality squads, and you may just see a star of the future turning out.