Sport News 24/7 By Ronan George This week promises to be a big one for Rooneys and football. England captain, Wayne, will win his 100th cap as the national team take on Slovenia in a European Championship qualifier at Wembley on Saturday. While at the House of Commons, a little known American Football team owner […]

This week promises to be a big one for Rooneys and football. England captain, Wayne, will win his 100th cap as the national team take on Slovenia in a European Championship qualifier at Wembley on Saturday. While at the House of Commons, a little known American Football team owner named Dan, and a rule he initiated, will be considered at length as the national game confronts its attitudes towards Black and Minority Ethnic (BAME) figures.

No doubt Wayne’s big day will attract copious columns about so-called Golden Generations and potential unfulfilled, so I will focus instead on Dan Rooney, 82-year-old owner of the Pittsburgh Steelers of the NFL and creator of English’s football hot topic of the moment – the Rooney Rule.

If you’ve missed the latest handwringing concerning football and racism you can be forgiven. After all there’s no end to headline-grabbing news at the moment. So here’s a quick rundown of things as they stand. English football, consisting of the world’s richest league – the Premier League – and the Football League, has just two BAME managers, former England defenders Chris Powell of Huddersfield Town and Carlisle United’s Keith Curle. Meanwhile a study set to be presented at the House of Commons by the Sports People’s Think Tank (SPTT), will reveal just four per cent of coaching and backroom staff come from BAME backgrounds despite making up 25 per cent of playing staff across these leagues. The aforementioned Rooney Rule has been suggested as a remedy to reverse this situation.

In the 1990s, NFL owners faced challenges from former Black players angered at the lack of coaching and management opportunities available to them at the end of their playing careers. Under threat of legal action, the NFL’s Work Diversity Committee, led by Dan Rooney, put forward in 2002 the principle that all clubs had to interview at least one minority candidate. There is no obligation to employ that candidate, but he must be given an opportunity at interview.

Within five years of the new rule, African-American coaches Tony Dungy and Lovie Smith led the Indianapolis Colts and Chicago Bears respectively to the sport’s pinnacle, the Super Bowl, with Dungy’s Colts claiming victory. In 2009, Rooney’s Steelers, under the leadership of their first Black coach Mike Tomlin, won the championship.

In fairness to English football in recent times, high-profile racism cases involving Luis Suarez and John Terry have led the media, Football Association (FA) and Professional Footballers Association to open a dialogue about prejudice and discrimination on and off the pitch. Black players themselves are more vocal about the overt and covert barriers they face. But there is disagreement as to whether the Rooney Rule or something similar should be enacted here.

Opponents such as League Managers Association chief, Richard Bevan and former FA Director of Development, Sir Trevor Brooking, have spoken out against ‘artificial regulation’ and ‘quota systems’. While Football League Chairman, Greg Clarke, spoke of ‘shrill voices of the vested interests’ over the matter. Others talk about whether Black coaches want it enough and query their desire to plough through the painstaking work to obtain UEFA B, A and Pro Licences that are required to manage at the highest level. They point to the mere 14 BAME coaches with the highest-level qualification as evidence that the candidates are just not out there.

Others will recognise the double meaning in this reasoning. The kind that refers to Lewis Hamilton as fast and Nico Rosberg as a thinker, of black players not being clever enough to play Quarter Back and of naive African defending. Of course BAME coaches want ‘it’ enough, but they also want a fair crack once they have forked out the thousands of pounds it costs to complete the various courses.

Further, Rooney Rule supporters argue that a formal rule would widen the pool of talent available to clubs and bring directors into contact with individuals they were previously unaware had anything to offer. Dan Rooney himself recently told BBC Radio 5 live, “I would tell British clubs that if they would look at this openly they will find this is a positive thing”. Others say it would also challenge the status quo – or managerial merry go-round as it is known – which sees, for example, Lee Clarke sacked by Birmingham City at the start of the week, and hired by Blackpool by the end. Which isn’t to say that Clarke won’t do a good job for the Tangerines, but his appointment seems odd nonetheless.

Sports Minister Helen Grant will attend the SPTT event at the Commons this week and will hear findings from Loughborough University’s Dr Steven Bradbury which point to a series of barriers faced by BAME candidates in the UK looking to make a living in the game, off the field. High-profile former star players, including John Barnes, have spoken of failing to even secure interviews, while former England captain Paul Ince was forced to start his managerial career at Macclesfield Town, a scenario that would surely never befall a white contemporary of Ince’s standing, with due respect to Macclesfield.

Whether the Rooney Rule will work in England, no one can say with any certainty. But what is clear is that football, like politics, must reflect its constituency and provide equality of opportunity. So a big week for the Rooneys, but will it be Wayne or Dan who claims the headlines? 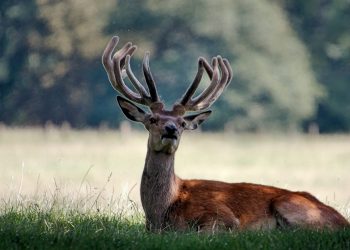