How to Pick Runners & Bet on Horse Racing

Horse racing happens to be one of the oldest sports in the world, as it was popular even during the ancient Greek periods. Yet, it has taken a new dimension in the last century especially in the United Kingdom with a lot of fanfare surrounding events like the Grand National and Cheltenham Festival. Betting […]

by Sam Allcock
in Promoted, Racing

A field of horses and jockeys during a race.

Horse racing happens to be one of the oldest sports in the world, as it was popular even during the ancient Greek periods. Yet, it has taken a new dimension in the last century especially in the United Kingdom with a lot of fanfare surrounding events like the Grand National and Cheltenham Festival. Betting interest surrounding horse races takes a new dimension during such events. Yet, betting on horse racing is not a straightforward element and it takes a lot of knowledge and skill to succeed.

The United Kingdom has divided horse racing into two major types – flat racing and National Hunt racing. The latter gets split into hurdles and steeplechase events. All three are hugely popular for offering a different spectacle. The flat races are all about straightforward the speed and stamina, and they are generally held on a straight or oval course. The hurdle events require the horses and jockeys to be extra careful about the hurdles that are placed on the track.

Steeplechase events, meanwhile, require even more attention given that those hurdles are a much bigger obstacle while also having to clear aspects like a water feature along the way.

What Events to Concentrate Upon?

Even though racing action takes place throughout the year, it makes sense to especially focus on some of the biggest events like Grand National and Cheltenham Festival. It provides a punter with the freedom to choose among a range of markets. Even though the options of going for a single win or each way sound brilliant, bookmakers offer numerous markets when it comes to horse racing. One would find that these markets only increase in number during such big events.

With the Cheltenham Festival just around the corner, it makes sense to concentrate all betting -related focus on to this event. Held every March, Cheltenham Festival is the biggest horse racing event in the UK. There is palpable excitement ahead of the event, but there are certain aspects that should be in check if a punter is to succeed at choosing the best odds.

Early favourites for the festival appear to be Thistlecrack, Yanworth, Annie Power, and Min. If Vautour had been in contention, he would have certainly been a favourite for the Cheltenham Gold Cup. As it is, Thistlecrack may enjoy a good run at this event. Ruby Walsh, Barry Geraghty, and Sam Twiston-Davies are seen as some of the top jockeys set to dominate Cheltenham 2017.

It is important to avoid the overhyped horses, and also horses that have not actually achieved much apart from beating lower-level horses in a few races leading up to Cheltenham. A sense of value goes out of the window with regard to overhyped horses.

It is easy to stake big straight away and end up chasing losses throughout the festival. In order to avoid such an occurrence, one should keep stakes to a minimum.

How to Choose a Winning Horse?

Even though plenty of horse racing tips are available, it would ultimately be a punter’s knowledge and skill that could pay off dividends in the long run. It is certainly not easy to pick a winning horse, as several variables come into play.

A punter has to be aware of the horse’s form. A form guide may be easily available today, but it can pass up several key information if is scanned in a vague manner. A horse’s form may read 111/3 – indicating three wins and a third place finish in the last three races – but it denotes that the horse has stumbled after taking an extended break.

Other intricacies that should be watched are the track condition and the form of the Jockey. Horses produce their best only on favourite surfaces. A horse which excels on a heavy surface may not exactly excel on a soft track.

Some horses tend to perform well only in shorter races, and they might struggle on the longer runs due to a lack of stamina. Prior to an event, a horse’s previous performances over a similar distance has to be analysed. Some horses may be shipped from other tracks after having raced recently. This could have an impact depending on the length of the break.

Betting on horse racing is certainly not an easy feat, as there are so many variables a punter needs to be aware of. It is certainly a skill rather than luck. Cheltenham Festival 2017 certainly provides a great opportunity to test this skill. Make sure that you do proper research and do your best to check all details before placing a bet. 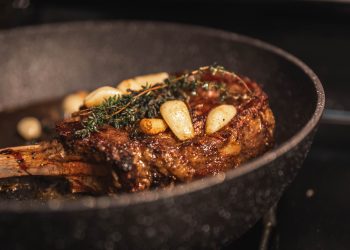