Sport News 24/7 By David de Winter – Sports Editor @davidjdewinter  @TLE_Sport The news on Monday that Gustavo Poyet had been sacked as Sunderland manager came as no real surprise.  The 4-0 drubbing at home by Aston Villa was the final straw in what has been a fairly dismal season on Wearside.  The tide of […] 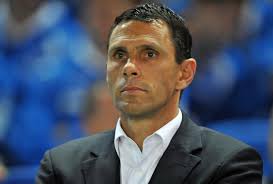 The news on Monday that Gustavo Poyet had been sacked as Sunderland manager came as no real surprise.  The 4-0 drubbing at home by Aston Villa was the final straw in what has been a fairly dismal season on Wearside.  The tide of public opinion had turned irreversibly against Poyet and the board had little choice other than to replace the Uruguayan to arrest an alarming slide towards the relegation zone.  The club has moved swiftly to appoint experienced Dutch manager Dick Advocaat for the final 9 games of the season, but how did Sunderland end up in this mess in the first place?

A little of 10 months ago, Poyet could do no wrong.  He and the Sunderland players performed one of the greatest ever relegation escapes in Premier League history (on a par with Fulham in 2007-8).  Rock bottom with six games to play, Poyet masterminded wins at Stamford Bridge and Old Trafford, a draw at Manchester City and home victories against Cardiff City and West Bromwich Albion to take Sunderland up to the giddy heights of 14th in the table.  Add to that a League Cup Final appearance and Poyet’s first season in charge could eventually be viewed as a success.

Optimism was in the air at the start of this season.  Sunderland only lost one of their first 6 matches but had to wait until October to secure their first league victory.  That has been the story of the season – they are the league’s draw specialists – no fewer than fourteen so far.  As a result they have only lost 11 (on a par with Swansea City and Stoke City) but they have also only won four games all season (the same as bottom club Leicester City).

No surprise really given that they are the league’s second lowest scorers with 23 goals.  Sunderland play with plenty of industry but there is an obvious lack of quality in the final third of the pitch.  Adam Johnson and Sebastian Larsson have showed flashes of brilliance but have been too inconsistent.  Connor Wickham hasn’t kicked on from last season and Steven Fletcher (he cost the club £12 million by the way) has looked lacklustre in front of goal.  I thought the signing of Jermain Defoe would comfortably secure Sunderland’s top flight status but he has struggled to find the net with any regularity, partly due to a lack of decent service.  The team’s paltry total of one goal in their past six matches tells its own story.

Alarm bells started ringing after the 8-0 thrashing at Southampton.  Although Poyet attempted to brush off the result as a blip, the manner of the capitulation was worrying.  Schoolboy errors littered the performance but the attitude of the players once they went two or three goals down suggested that there was a deeper underlying problem.  The derby at Newcastle victory bought Poyet some breathing space but the writing was on the wall after the abject FA Cup 5th round defeat at Bradford City.  From then on Poyet was a dead man walking and his behaviour in the 1-1 draw at Hull City was of a man cracking under intense pressure.  Monday’s announcement came as a relief as much as anything.

Sunderland’s real problem is that they are playing with a lack of conviction.  There seems to be a lack of purpose in their football, almost as if they are unsure as of what to do.  They have not been helped by some piss-poor defending at times from some of their most experienced players in Wes Brown and John O’Shea.

New manager Dick Advocaat has a lot on his plate.  First and foremost he needs the players to show some stomach for what is now a bona fide relegation fight.  There are still 27 points to play for and the teams directly above them, Hull City and Aston Villa are not out of the woods yet.  The three matches next month at home to Newcastle United and Crystal Palace and away to Stoke City are key.  If Sunderland can get 5 points or more from those fixtures then they may well avoid the drop.  Any less than 5 points, or worse still, lose the Tyne/Wear derby, and the trap door could be opening permanently.

David is the Sports Editor for The London Economic.  For enquiries, please e-mail sport@thelondoneconomic.com