A non-league football team claimed to have clubbed together to sign the world’s most expensive player Neymar Jr – by raising season ticket prices to almost £3m.

North Ferriby United sparked a hilarious reaction on social media as they photoshopped Brazilian striker Neymar, 25, on to their very own green and white-striped kit.

The Villagers, who were relegated from the National League last season, then craftily added that their season tickets had increased to an eye-watering £2,845,212.

The price of a season ticket for the upcoming season has been set at just £204 by the club, meaning that the fantasy figure would signal a 1,394,611 per cent increase in price. 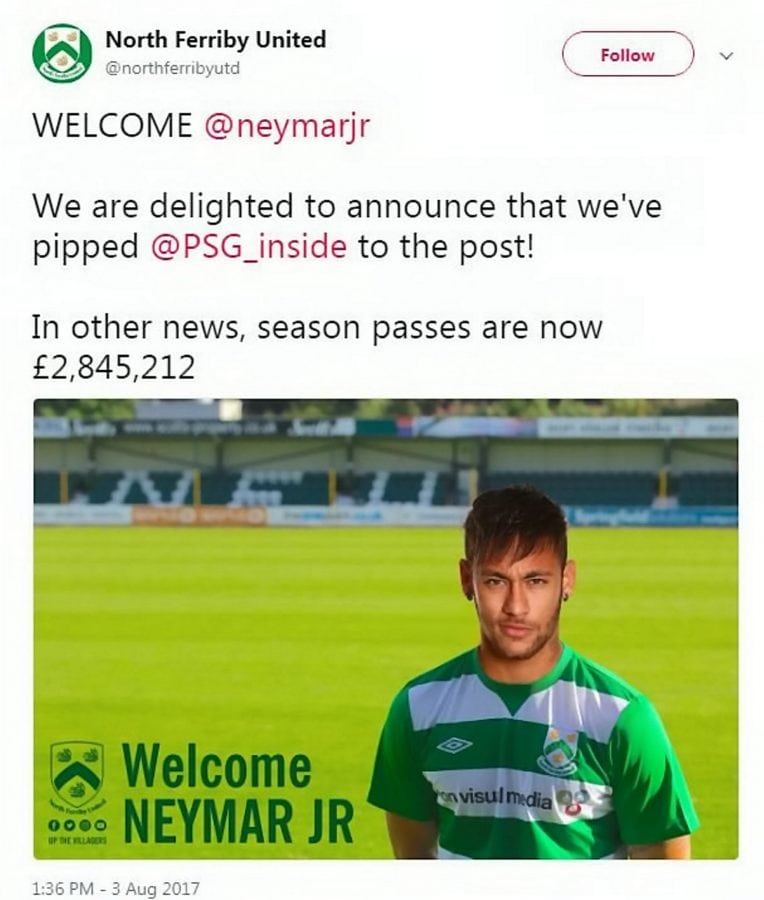 The team were relegated after finishing bottom of the National League table with just twelve league wins last season and scored just 32 goals.

If repeating that form this season, fans at Grange Lane, situated on the banks of the River Humber, would be paying almost £90,000 per goal.

North Ferriby United @northferribyutd posted: WELCOME @neymarjr. We are delighted to announce that we’ve pipped @PSG_inside to the post.

Leaving Barcelona FC for French outfit PSG, Neymar Jr will be the world’s most expensive transfer after being bought for 222m euros.