The achievements of Chris Froome, who completed a stunning Tour de France/Vuelta a Espana double in the same year on Sunday, almost needs shaking into the British sporting consciousness. It is a feat that has been achieved only twice previously and in discussing it, we’re talking about the crème de la crème of a sport […] 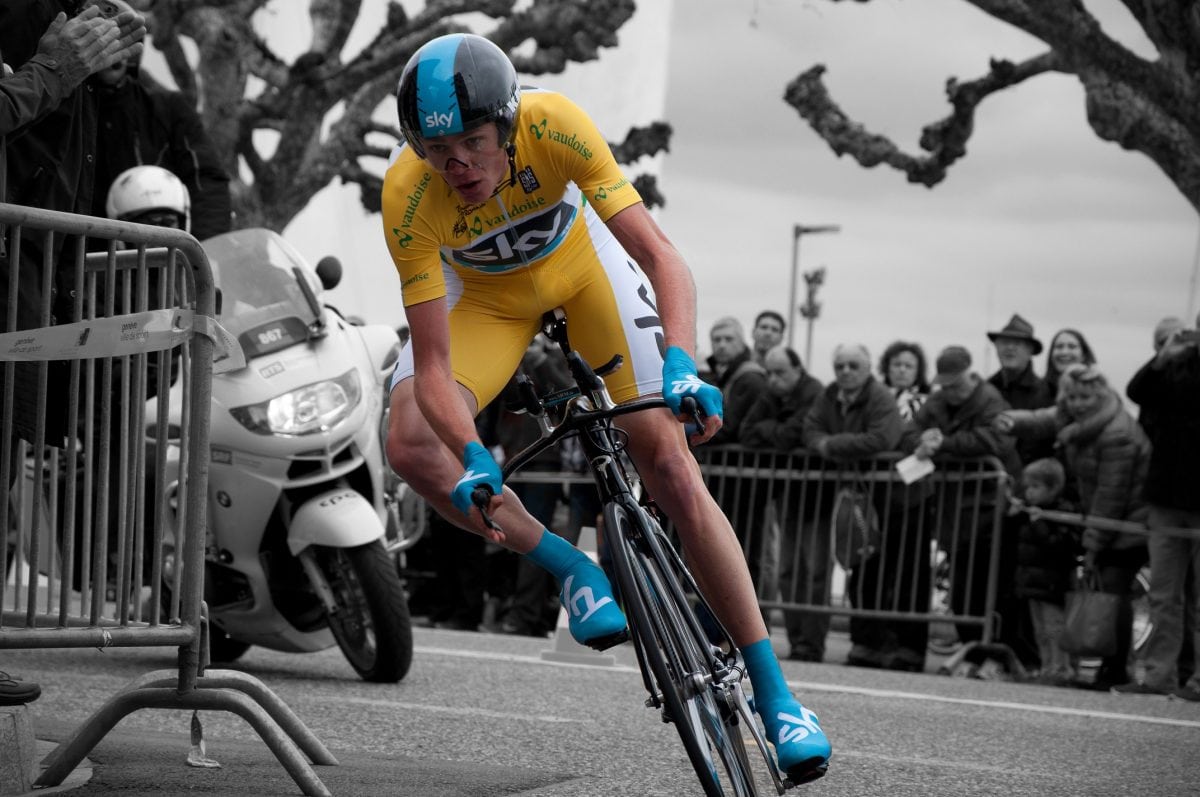 The achievements of Chris Froome, who completed a stunning Tour de France/Vuelta a Espana double in the same year on Sunday, almost needs shaking into the British sporting consciousness.

It is a feat that has been achieved only twice previously and in discussing it, we’re talking about the crème de la crème of a sport steeped in history: Jacques Anquetil (1963) and Bernard Hinault (1978).

The physical effort required is almost unimaginable to mere mortals. Three weeks riding at the front of the peloton across France in June gave way to three weeks of brutal climbing across Spain in August and September. To even attempt it, Froome took something of a gamble in arriving at the Tour just below his peak, with a view to hitting his stride in the final week in France. This left enough in the tank to push for the grand tour that has, at times, cruelly eluded him previously, with two second placed finishes and a fourth. This was something of a redemption for Froome, portrayed by the tears that ran down his face as he crossed the finish line atop the gruelling Angliuru on Saturday. The double was his.

Bradley Wiggins opened the floodgates for British interest in road cycling in 2012. He followed up a dominant display in the Tour de France with gold in the Olympic time trial two weeks later. His trusty lieutenant (at the time, at least), Froome came second in the Tour and claimed bronze at Hampton Court behind Sir Bradley.

As an aside, I was lucky enough to have been in Bushy Park on that Wednesday afternoon to witness the time trial, just inside the last kilometre, and it was one of the greatest sporting events I’ve had the pleasure of being at.

Wiggins, of course, was switching his cycling prowess from the track to the road. He has eight Olympic medals, the record distance ridden in an hour and was the first Brit to win the Tour. He went back to the track once his road career was over and claimed more Olympic glory. No doubt he deserves his knighthood.

But what of Froome? The reception to his feats has been far more muted. He hasn’t been feted in the same way as Wiggins and, it’s not too much of a stretch to say, but for team orders in 2012 it could have been Froome – not Wiggins – who took the Tour.

In terms of road cycling, Froome is now head and shoulders above the rest as the greatest Brit of all time. His five grand tours leave him well ahead of Wiggins (the only other British grand tour winner) in this respect.

Yet, if the accolades aren’t forthcoming, what is there left for Froome? The names of Anquetil and Hinault are tattooed into cycling folklore because they are in an elite group of four riders – Eddy Merckx and Miguel Indurain are the others – to have won five Tours de France.

2018 could be the year Froome takes his place with the pantheon of cycling gods. He is one tour from cycling immortality.

Of course, there must be a temptation for Froome to target the Giro d’Italia. He would be the first to hold all three grand tour titles simultaneously since Hinalut in 1983 and Merckx in 1973 and, given how effectively he rode both the Tour and the Vuelta this year, perhaps a Giro/Tour double isn’t out of the question. Marco Pantani, in 1998, was the last to achieve that particular double.

The triple crown has never been done, of winning all three in the same season. The effort required is too brutal. Of the three, the Tour de France is the easiest on the legs for the all-rounder, as ridiculous as that seems to say. The Giro and Vuelta expose riders to some of Europe’s most brutal ascents – to exaggerate this point, in winning the red jersey in Spain, Froome also won the green jersey, usually the preserve of the sprinters, as well.

Whatever happens, Froome deserves to be recognised as one of Britain’s greatest ever sportsmen. He’s mechanical, methodical and clinical in his pursuit of victory, something that doesn’t endear him to romantics (he’s more Mourinho than Guardiola), but has earned him the respect of the peloton.

He’s hated in France and the French public tends to reserve its bitterest outpourings for only the most worthy recipients. It’s a hard earned badge of respect, whipping an entire nation into a frenzy of resentment. For that alone, he deserves respect and recognition on these shores.

One more tour… then Froome can be considered but nothing but one of Britain’s finest sporting talents and one of the greatest cyclists of all time, even if no one seems too bothered by it all.