By Sean Simara  @Sean_FootyMad  @TLE_Sport The NFL Draft occurred a few weeks ago and as the dust settles, here’s a little glance at who went where and who is going to do well going professional. Jameis Winston was the number one pick which was expected in the NFL world.  The Tampa Bay Buccaneers didn’t pass […] 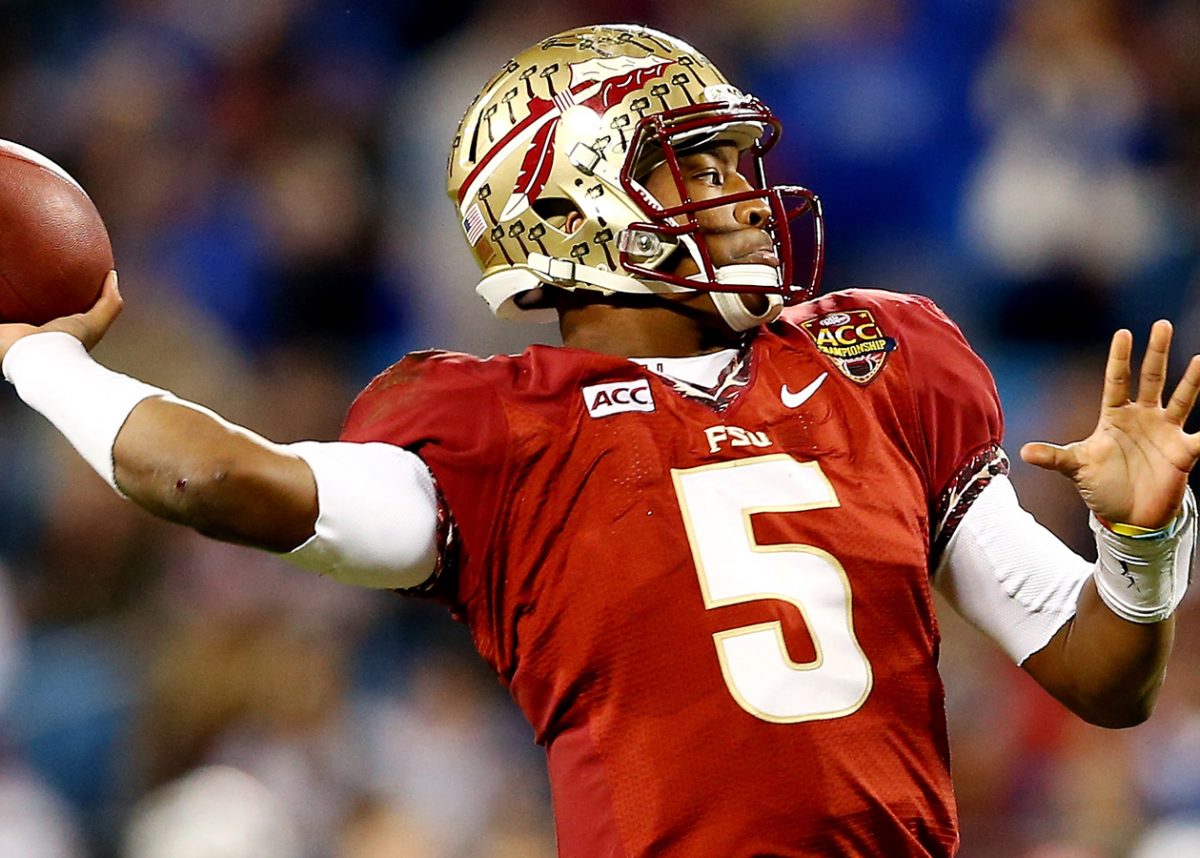 The NFL Draft occurred a few weeks ago and as the dust settles, here’s a little glance at who went where and who is going to do well going professional.

Jameis Winston was the number one pick which was expected in the NFL world.  The Tampa Bay Buccaneers didn’t pass up on the chance to grab the much talked about QB.  Known as ‘Famous Jameis’ he’s fully set and ready for life in the NFL.  A drop back passer, he’s big and will do well in the NFL.  The only problem or issues could be off the field distractions.

He’s a talent on the football field, but the nickname ‘famous’ comes with off the field problems too.  He seems to find himself in tricky situations a lot.  The youngster, who went to Florida State University, has found himself in trouble with alleged rape in 2012, shoplifting and what can only be described as boyish behaviour at his student union.

With all these issues you must remember he is a Heisman Trophy winner (2013) and will be one of the most watched players next season.  He’s similar to Johnny Manziel, a college star who did not have the greatest debut season (in fact it was quite forgettable).  Manziel had off field problems of his own too so Winston must learn from Manziel’s mistakes or his professional career could be over before it starts.  Jameis though did poke fun at himself by posting on Instagram a picture of himself with crab’s legs (a jab at his shoplifting past).

The Tennessee Titans had the second overall pick – they selected Marcus Mariota.  Mariota is the 2014 Heisman Trophy winner and also a Quarterback.  The comparisons between him and Winston have started already.  Mariota is slightly better outside the pocket and running with the ball then Winston.  He’s also the safer selection as there’s not as much off the field controversy with him.  However there are many NFL players with troubled pasts and there’s no doubt in my mind that Jameis Winston is the superior footballer and will have a better NFL debut season.

The Jacksonville Jaguars selected the very highly rated outside linebacker Dante Fowler Jr.  Remember the Jags’ are the London team so you can catch them play at Wembley Stadium again later this year against the Buffalo Bills.  One of Fowler Jr key strengths is his versatility – he played in various positions at college level – so expect the same at Jacksonville as he finds his best position.

The best Wide Receiver in the draft was Amari Cooper from Alabama College who was selected by the Oakland Raiders.  He will team up effectively with the Raiders QB Derek Carr.  In Chicago, Jay Cutler needs to deliver this year after being heavily criticised by the Bears fans who will be expecting a lot more from him.  The Bears have drafted in Kevin White.  This kid is fast, very fast and is a great catcher of the football.  Over to you now Jay.