Sport News 24/7 By Sean Simara  @Sean_FootyMad  @TLE_Sport A return to the Western Conference this week.  Let’s look at the stars of the NBA and who could be leading their team to the play-offs and the big prize of a NBA Championship. At the start of the year many would have expected the Oklahoma City […] 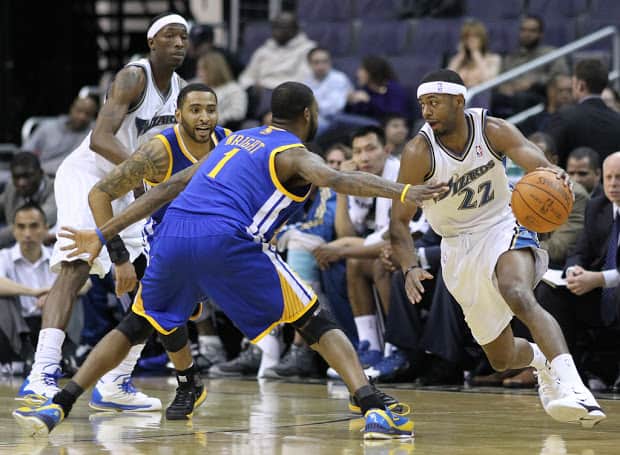 A return to the Western Conference this week.  Let’s look at the stars of the NBA and who could be leading their team to the play-offs and the big prize of a NBA Championship.

At the start of the year many would have expected the Oklahoma City Thunder to be comfortably in the play-offs given the players at their disposal.  With the likes of Russell Westbrook, along with last year’s MVP Kevin Durant, Nick Collison and Serge Ibaka in their ranks most experts thought they would breeze into the top four of the Conference.

Well it hasn’t been as easy as some may have thought.  At is stands Oklahoma City Thunder are in 8th spot, just creeping into the play-offs.  I do think they will squeeze and it is mainly thanks to another potential MVP winner, point guard Russell Westbrook.

Since his MVP show at the ‘all-star’ game last month Westbrook has been on fire.  He regularly has the most attempts per game for the Thunder but, given the form he’s in, why not?  He’s sometimes is seen as a little greedy with the basketball but sometimes the greats are.

Westbrook has scored over 20 points in his last five games he has started and regularly dominates the court.  Alongside his partner in crime at OKC Kevin Durant, who is currently sidelined with a foot injury, they are one of the most dominant duos in the NBA.  However the championship ring is missing on both of their CV’s.

I feel there is something extraordinary about this team.  It’s clear there are two captains of this ship but can they finally click in the play-offs and win the finals?  They lost out to Miami Heat in 2012 so if they were to do it this year it will have to be the hard way.  As it stands, they are in line to meet number 1 seed Golden State Warriors in the first round of the play-offs.  To have any chance against them the Thunder will need ‘Batman & Robin’ – Westbrook and a 100% fit Durant to be on their games.

I like Westbrook and trust him to improve his already scorching scoring record again in the play-offs.  He has shown countless times in the past that even on his own he can light up any court, but for the Thunder to go far especially in the Western Concerence he does need the whole support of the OKC locker room.  It does show what a great player he is that even with his team struggling to get into the play-off spots, Russell Westbrook is still in consideration for MVP.

How far can Oklahoma City Thunder go? Will Westbrook be a MVP and does he have the leadership to take this team along with Kevin Durant to the top of the mountain?