Amid a slew of new coronavirus restrictions, there was no mention of any plan to get crowds back watching football - despite rising fears that many Football League clubs are on the verge of extinction. 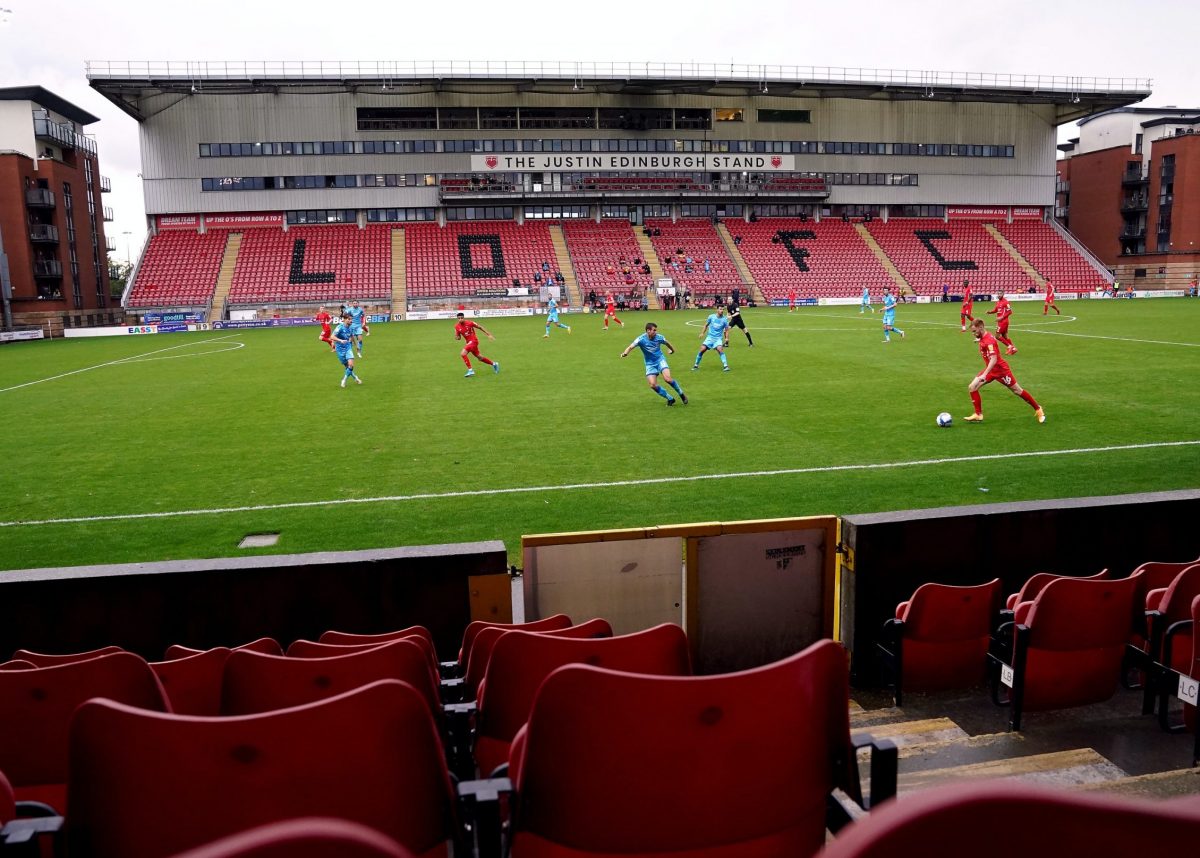 Calls for football fans to be allowed back into grounds are growing louder, as a host of London clubs joined forces to urge Boris Johnson to reopen stadiums.

Amid a slew of new coronavirus restrictions announced by the prime minister yesterday, there was no mention of any plan to get crowds back watching football – despite rising fears that many Football League clubs are on the verge of extinction.

The government has been warned that football could be on the verge of “the collapse of the national league structure that we have known for over 100 years” by a group of prominent sporting figures – fronted by Damian Collins MP, who is leading a campaign to find a way forward for the national game.

‘Let them back in’

Now Millwall, Charlton, QPR and Leyton Orient have joined West Ham to back the Bring Back The Fans campaign, started last week by the Evening Standard.

Many have questioned why grounds remain closed while cultural institutions and music venues – like the Royal Albert Hall – are allowed to open with socially-distanced crowds.

Nigel Travis, the Leyton Orient chairman, told the Standard: “It is a real irony that you can have the Albert Hall full to whatever the per cent is, you can also encourage fans to watch games in groups, but not let them stand outside.

“At Leyton Orient we think we could have 2,500 to 3,000 people in and fully meet social-distancing criteria.”

Declan Rice, the West Ham and England star, added: If you asked half the Premier League players if they wanted fans back, they would all tell you, ‘100 per cent’.

“The other day I saw a game at Dortmund where they let 12,000 in and that is the way we have got to start going, to let them back in gradually.”

In a letter to Oliver Dowden, the culture secretary, last month Collins – alongside the likes of Lord Triesman, former chair of the FA, and Sunderland co-owner Charlie Methven, said: “The absence of this income is not a result of their actions, but the policies that have been put in place by the government,” the letter states.

Controversial proposals – drawn up by Liverpool’s owners and backed by Manchester United – emerged over the weekend, involving a £250 million bailout for struggling EFL clubs, in return for a complete overwhelm of the English game that would concentrate power in the hands of the biggest clubs.

A spokesman for Boris Johnson has condemned Project Big Picture as “backroom dealing” that “undermines the trust in football’s governance” – and the Premier League added that the proposals would have a “damaging impact on the whole game”.

“If nothing happens, the smaller clubs will die. I don’t think that one payment will sort out the problem. The problem is much deeper than that,” Wenger told Sky on Monday.