Sport News 24/7 By Joe Heywood  @Joe_Heywood  @TLE_Sport If you look back to the end of the 2013-14 season, you would be forgiven for thinking Southampton were in disarray. Mauricio Pochettino had just left the south coast in favour of north London and Southampton was facing an exodus of its star players: Adam Lallana, Dejan […] 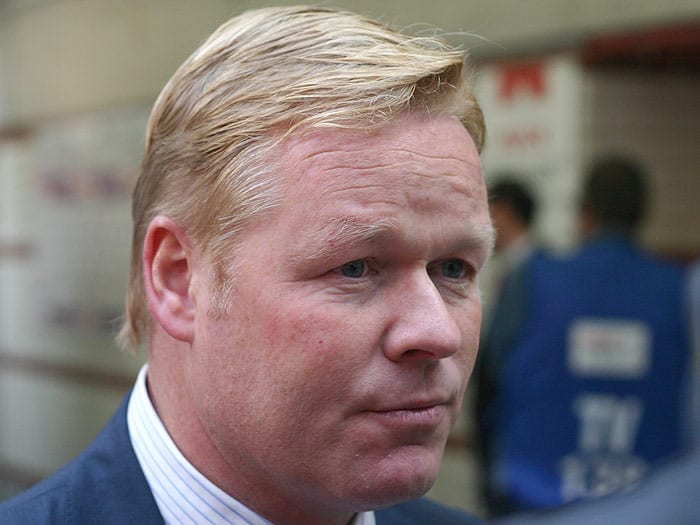 If you look back to the end of the 2013-14 season, you would be forgiven for thinking Southampton were in disarray.

Mauricio Pochettino had just left the south coast in favour of north London and Southampton was facing an exodus of its star players: Adam Lallana, Dejan Lovren, Rickie Lambert, Calum Chambers and Luke Shaw all made big-money moves to rival Premier League clubs, after establishing key roles in the club’s eighth-place finish.

Fast-forward 12 months to last weekend’s final day of the 2014-15 Premier League season and Southampton finished seventh (four points more than the season before) with Saint’s fans jubilated by the season they have just seen.

The man behind this success?  Manager Ronald Koeman.

Southampton’s back five of Ryan Bertrand, Jose Fonte, Toby Alderweireld, Nathaniel Clyne and Fraser Forster have all been in imperious form throughout the majority of the season and were responsible for conceding 13 fewer goals than last year.

During this time, Clyne and Forster earned call-ups to the England squad and Fonte (at aged 31) earned his first cap for Portugal – as well as all of them continuously featuring in team-of-the-weeks across the country.

Considering this is Koeman’s debut season in the Premier League, after managerial stints in Holland for the last six years, and two of Southampton’s best defenders in Lovren and Shaw had left, this is an incredible achievement.

Always smiling, always providing an amusing quip – Koeman has been a breath of fresh air to the Premier League this season.

It’s easy to see why Southampton wanted him.  With the conveyor belt of talent that Southampton has produced over the years, Koeman is an excellent to develop and play the younger players into the first team.  James Ward-Prowse, Clyne and Matt Targett have all shone for Saint’s throughout the season.

Koeman, it seems, also has a sense of humour.  On the eve of his first Southampton training session, at a time when players were practically leaving on a daily basis, Koeman tweets this picture of an empty training ground with the line “Ready for #Training!”  Crisis?  What crisis.

Southampton also play very attractive football.  They’ve been the beneficiaries of some outstanding goals (like Pelle’s effort here) and some big wins: 8-0 versus Sunderland and 6-1 versus Aston Villa, in which Sadio Mane obliterated Robbie Fowler’s record for the fastest Premier League hat-trick in just 2min 56secs.

Dusan Tadic, Graziano Pelle, Sadio Mane – no one had heard of these players before the start of the season and I doubt anyone had bet on these players replacing Southampton’s departed talent so seamlessly.

What makes this rebuilding job all the more remarkable is the comparison to other teams who have spent big in an attempt to replace their big stars.

Liverpool, for example, had ripped the spine out of Southampton by taking Lovren, Lallana and Lambert, as well as adding Mario Balotelli, Lazar Markovic and Emre Can to their squad, essentially to replace Luis Suarez.  Whilst they did finish one position higher in the table than Southampton, it didn’t exactly pan out well for them across the season.

The big difference here between Spurs, Liverpool and Southampton’s transfer policies is that Koeman looked at the team as a whole and decided exactly what types of players were needed for the squad – rather than looking at individual talent – which has paid off immensely in terms of the club’s fortunes.

There aren’t many managers who have adapted to the Premier League as quickly as Koeman has.  He’s taken a seemingly sinking Southampton side above the likes of teams managed by Premier League stalwarts in Sam Allardyce, Mark Hughes, Tony Pulis and Alan Pardew and coached a team into an attractive, progressive and tactically astute style of play.

Southampton fans must be looking forward to next season already.